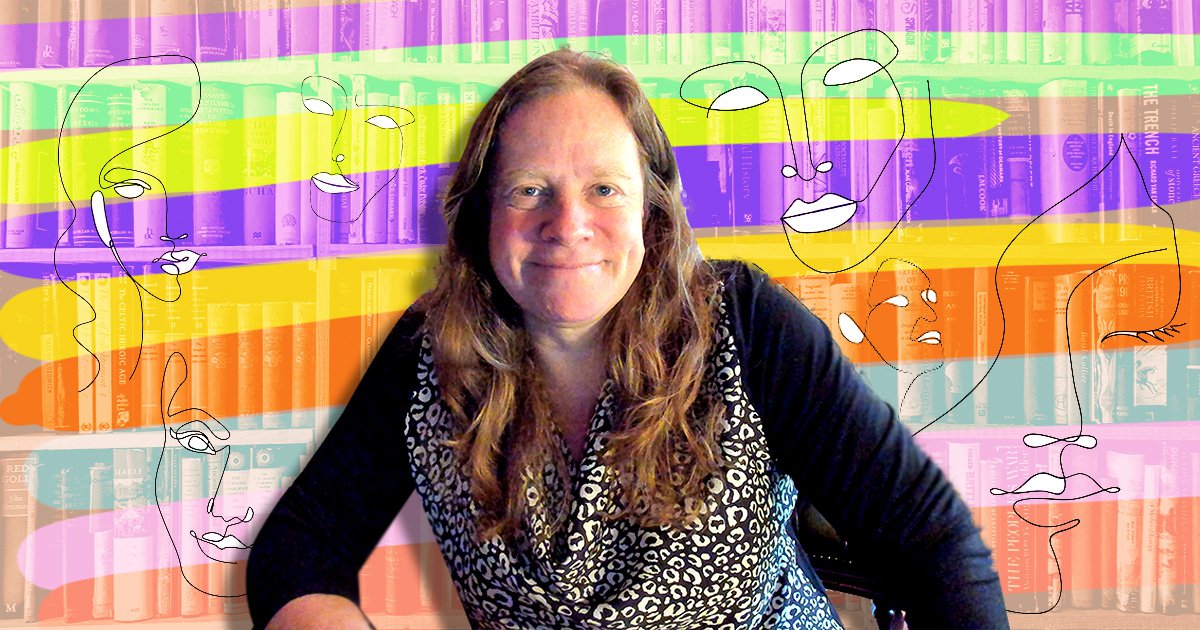 Ever wished you’d spent more time listening to your grandparents and hearing their tales of a different life – how they overcame challenges or prejudices and how that shaped their opinions?

After all, that’s how we learn, right? From real people, rather than just by reaching out for a book in a library.

But wait! Perhaps a human library, where you access people rather than written tomes, is the answer. Well, The Human Library allows you to find out more about the issues of today without being scared of asking questions that offend or make you appear ignorant.

With ‘Unjudge Someone’ its motto, the organisation is dedicated to challenging misconceptions and biases. As the name suggests, the library’s ‘books’ are living, breathing people and the public are invited to ‘borrow’ one and ‘read’ them in libraries, museums, festivals, schools and universities all over the world.

What started in Denmark as a one-off event in 2000 now has ‘published’ books in more than 80 countries and there are plans to trial it in a UK prison. Readers don’t get to choose specifically who they will borrow.

Instead, ‘librarians’ advise on ‘books’ that are available that day, from a list that might have names such as Muslim, Polyamorous, Alcoholic, Disabled, Molested…

These are typically one-on-one conversations that happen in person, although the pandemic necessitated Zoom conversations, which are still used. The borrowing time is set at half an hour, during which a human book can be read – that is to say, asked question after question by the person who borrows them. It is a free service, open to all. Books are not paid for their services, either.

‘It is a consensual conversation,’ says Katy Jon Went, Human Library UK coordinator. ‘We are the  opposite of cancel culture. We are not platforming [giving a voice to] toxic topics but we are platforming dialogues. It’s 30 minutes in someone else’s shoes and it is giving a voice to people who are marginalised.’

It is telling that the concept of two strangers sitting down together to talk to one another seems so radical.

Went was coming out as transgender  15 years ago and had a lot of unanswered questions. After some internet searching she found a trans woman who lived locally and invited Went to come to a Human Library event in Norwich, where she was publishing as a book. The meeting altered the course of Went’s life. It was the first step towards her becoming a book herself, something she did for 11 years, tallying up over 1,000 conversations with strangers. It changed her outlook and sense of self.

‘I was a fundamentalist Christian and internally transphobic… within six months I was part of the committee for Norwich Pride,’ she recalls. ‘I was an insecure, afraid kid. Now I delight in conversations with strangers. It’s given me hope for better societies.’

This is echoed by Tom Fadden, 34, a business owner also from Norwich who has cerebral palsy. He has been a book since 2016, publishing under the titles Wheelchair User and Disabled. He feels the Human Library has helped him hugely, not least in his role as disability campaigner.

‘For me, the library is so powerful because people can ask the awkward questions they are worried about and it’s up to me as a book how I answer,’ he says.

He adds that he has not been offended or found any of his experiences as a book unpleasant. ‘I find challenging questions curious because I want to understand what non-disabled people – or other people who are disabled but haven’t disclosed they  are – want to know.’

What questions does he find difficult?

‘I get asked if I dream of being cured,’ he says. ‘The short answer is “no, I don’t, because I don’t believe there is anything wrong with me”. But I know those questions are coming from a good place.’

Good faith seems to be one of the tenets of the Human Library.

‘We give people the benefit of the doubt when they are asking questions, assuming it’s coming from curiosity, interest and a desire to know and learn,’ says Went.

She is clear that readers need to be able to speak freely and this relies on books being not only tolerant but also accepting of ignorance.

‘Readers can use language a book isn’t comfortable with,’ says Went. ‘We ask our books not to jump down the throat of the reader just because they use last week’s vocabulary. We don’t want readers walking on eggshells. We are a safe space not from risk but for risk.’

As well as being vetted to ensure they are in a healthy state to be published, books are fully trained. They must be prepared for all sorts of questions and to establish they are comfortable and able to handle challenging enquiry without taking offence. Books are, of course, allowed personal boundaries. If they don’t want to answer a question, they will say ‘that chapter is not published’. But what about heated discussions or even arguments?

While Went is quick to assert the Human Library is not a debating platform, she admits difficult conversations are par for the course and recalls being borrowed by a gender-critical woman.

‘I think she even used the term Terf (Trans Exclusionary Radical Feminist) to describe herself,’ Went recalls. ‘She said she didn’t agree with people like me. She asked if I wanted to finish the conversation and I said, “On the contrary I’d love to have this conversation.”’

After what turned out to be a ‘very pleasant’ exchange, the reader admitted her mind had been opened on the topics of sex and gender, even using Went’s preferred pronoun of ‘she’.

The success of the Human Library as a place for learning and growth is almost heartbreakingly simple. In a digital age where so many of us are governed by algorithms and cosy in online echo chambers, it’s a reminder of the value of curiosity and the worth of human connection.

Find out more about The Human Library here.