As sugar was to the 18th and 19th centuries, so chicken is to the 20th and 21st centuries. It has been turned into one of the defining commodities of our era. A luxury until it underwent its industrial revolution from the 1960s on, it is now ubiquitous. Today, questions about how poultry is produced, by and for whom, and to whose profit, take you to the heart of the global trade system. So there is no escape from the debate about chlorinated US chicken.

Politicians, perhaps bemused at having to repeatedly discuss something so mundane and dirty as contamination by chicken excrement, try to downplay concerns. President Trump’s national security adviser, John Bolton, treated the issue as a joke recently when he visited the newly installed Boris Johnson to offer solidarity in the form of a quick and easy US-UK trade deal. Others have elevated the chicken argument with a flourish of Latin, as Daniel Hannan did when he gave a speech in praise of Gallus gallus domesticus and the huge contribution its industrialised progeny have made by providing cheap protein to the world’s poor.

Serious minds are engaged on the matter for good reason. For the US, one of the chief prizes of Brexit is the chance to open up a major European economy to its agribusiness, after years of failed trade talks in which the EU has refused to accept its food and farming standards. For British Brexiters, the reward will be cheaper goods for consumers on low incomes. Both parties see the EU regulations on these standards, such as its ban on imports of poultry washed with chlorine, as unnecessary and at root protectionist. Chlorinated chicken has become totemic because it encapsulates a much wider argument over what sort of agriculture the world needs and how far we should regulate it.

We chlorinate our water, so what’s the problem with using chlorine washes to make chicken safe? Why all the fuss, asked Zippy Duvall, the head of the US farmers’ lobby group, on the BBC’s Today programme last month. The fact that we disinfect water with chlorine will not do as an argument here, despite Duvall’s hopes. We disinfect our lavatories with it, too. The issue of safety depends on concentration. The World Health Organization recommends water supplies are treated with a maximum of 5mg of chlorine per litre. The US allows poultry carcasses to be washed in water treated with up to 50mg of chlorine per litre. The EU allows salad leaves to be treated with chlorine washes, and in the UK they have typically been used at concentrations of up to 15-20mg per litre, although industry has been moving away from using them in response to consumer concerns.

The WHO recommends limits on levels because disinfecting with chlorine leaves behind harmful residues of chlorinated compounds, some of which are known from animal tests to be cancer-causing. Residues in water supplies have been studied, and the benefits far outweigh the risks. However, there has been very little proper study of the residues left by the use of chlorine in food processing. 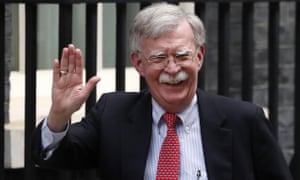 The risks are likely to be low, but the EU plays it safe and prefers to impose higher standards from farm to fork, rather than relying on cleaning up at the end. The US says that, thanks to various chemical treatments, its incidence of contamination and resulting food poisoning from poultry is lower than Europe’s. Food campaigners in Europe say, “Oh no, it’s not.”

The truth is that it’s not clear. The two sides rely on data collected and interpreted in different ways. We know that in both countries, contaminated poultry is one of the main causes of food poisoning, and that it can be lethal. Generally however, cases of food poisoning are mild and most go unreported. So experts have counted incidence either by looking at the fraction of cases, confirmed by positive lab tests, and extrapolating from this to a national scale, or by counting specific clustered outbreaks of food poisoning and scaling up to get a figure for national rates.

The figures are old, muddled and not comparable. What is certain is that the UK has had a serious problem with the food-poisoning bug campylobacter in its poultry supply, which is improving but not solved, while the US has a serious problem with salmonella and E coli contamination, which disinfecting reduces but does not eliminate.

The US argues that it has the comparative advantage of more land for grain to turn into feed, so that it can produce chicken that is cheaper than ours and there are no health reasons to object to it. The British poultry industry fears being caught between a rock and a hard place: if it wants to continue to export to the EU and to meet consumers’ expectations of welfare standards and reduced antibiotic use, it needs to stick to the more expensive rules the union imposes. But if it does, it will be undercut by cheaper US imports.

The Brexiters see themselves in the radical mould of the 19th-century free trade campaigners. Their heroes are the Liberal statesmen Richard Cobden and John Bright, who fought for the repeal of the corn laws, which imposed tariffs and restrictions on imported grains. These tariffs kept grain and bread prices high, to the benefit of British landowners but to the detriment of the rapidly growing population of urban workers in the new cities of the Industrial Revolution. When the corn laws were abolished, the cost of staple food tumbled; the price was a split in the Tory party.

Free us from onerous EU regulation, today’s Brexiters believe, whether it be on genetically modified or gene-edited crops, on pesticide residues and agrochemical use, or on antibiotics and other veterinary drugs, and we will all benefit from cheaper food.

But these are answers to old questions from a previous era. In developed countries such as the UK, the cost of our food as a percentage of income is lower than it has ever been. Chicken is already as cheap as chips. The crises we face of climate breakdown, loss of natural species, and epidemics of diet-related disease globally will not be addressed with more of the same intensive production. Those on low incomes suffer the highest rates of obesity and illness caused by nutritionally depleted foods. They want decent pay to afford decent diets – the things that cost more to produce: fresh fruit and vegetables, whole, less processed foods. Instead, the share of GDP paid out as wages has fallen inexorably, while the share sucked up in corporate profits has grown.

US farming still depends heavily on the blunderbuss technology of genetic modification accompanied by an agrochemical payload that wages war on insect life and soils. Yet it is increasingly clear that nurturing more complex agro-ecological systems, combining traditional knowledge with cutting-edge science, will be vital for reducing greenhouse gas emissions and protecting diversity.

British consumers do not need more, even cheaper, frozen imported US poultry, destined as it will be for highly processed chicken products or yet more takeaway fried chicken. We need a vision for a more enlightened way of farming for ourselves and the planet.

• Felicity Lawrence is a special correspondent for the Guardian. She is the author of Not on the Label and Eat Your Heart Out