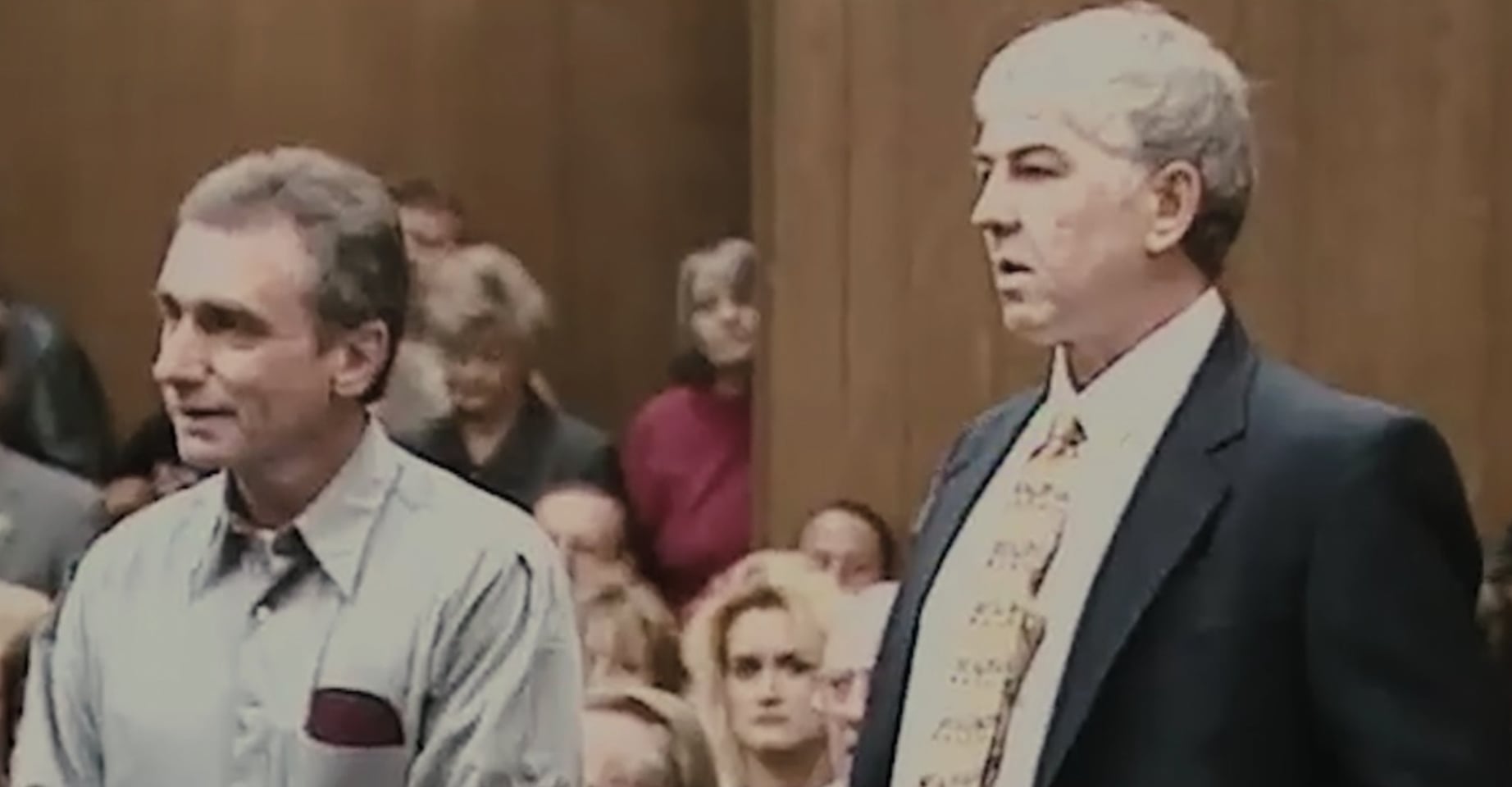 The Innocent Man is yet another compelling-yet-bleak look at the broken American justice system, courtesy of Netflix.

The six-episode series digs deep into a complex timeline comprising two similar murders in Ada, OK, in the 1980s, with the legal proceedings for both crimes spanning into the 2000s. Although the identity of the true killer of the show’s second murder, that of cashier Denice Haraway, remains a bit of a mystery — Ada natives Tommy Ward and Karl Fontenot were sentenced to life in prison for her death, but maintain their innocence — the rape and strangulation of Debbie Carter is solved by the end of John Grisham and director Clay Tweel’s docuseries.

Warning: Spoilers and graphic language about the events depicted in The Innocent Man ahead.

On Dec. 7, 1982, 21-year-old Debra “Debbie” Sue Carter drove home, where she lived alone, after working a late-night shift as a waitress at the Coachlight Bar and Restaurant in Ada. An unknown assailant knocked on her door and proceeded to force their way in, raping and strangling Carter with her own belt and the cord of an electrical blanket. The crime scene was not only violent, but very much staged, with the murderer writing “DIE” on Carter’s back in ketchup, as well as other words across the walls. The following morning, Carter was found dead by her friend who lived nearby, who spotted Carter’s car still in the driveway and shattered glass on her front porch.

No suspects were pursued for quite some time, but the lead detective on the case, Dennis Smith, insinuated that the police knew who did it, but they just didn’t have enough evidence to nail them. (Smith’s daughter was also a friend of Debbie’s, so he had a personal connection to the case.) In March 1983, Ron Williamson, Carter’s neighbor who had psychological problems and multiple past arrests, was interviewed by police investigators (Smith, Gary Rogers, Mike Baskin, and Chris Ross). According to an eyewitness they spoke to the night after Carter’s death named Glen Gore, Williamson was reportedly harassing Carter at the Coachlight before she finished her shift. A few months later, in June 1983, Williamson’s close friend Dennis Fritz was also interviewed by police in connection to the murder. Both denied having anything to do with the crime, and no arrests were made.

Fast forward nearly five years later, to the Spring of 1987. With no arrests in the case and some of the investigators nearing retirement, the pressure to find Carter’s killer began to heat up. The police asked Carter’s mother, Peggy, if she’d sign off on allowing them to exhume her daughter’s body. The police said it was because they were reexamining a bloody palm print that was found on the wall of Carter’s apartment the morning after she was killed. Not long after that, in early May, Williamson was arrested after telling the police that he had a dream of going to Carter’s door, breaking in, and raping and killing her (even though many of the details in the dream didn’t match up to the actual crime scene).

The day before the prosecution would have had to drop any remaining charges against Fritz, an inmate who he was paired with in prison years earlier came forward and said she heard him confess to the murder. The “jailhouse snitch” gave a two-hour taped interview, including details about Carter’s murder she allegedly heard from Fritz. Fritz was arrested, went to trial, and was sentenced to life in prison in April 1998 based on testimony from an analyst who stated 11 pubic hairs and two head hairs from the crime scene were “consistent” with Fritz’s hair. “This means they match,” the analyst explained. He also presented highly misleading findings about the semen they examined from the scene.