“My agent sent me an e-mail telling me, ‘You have a new audition for this new HBO TV series,’” says Matilda De Angelis, over Zoom from Rome. “I was like, ‘Oh my God. OK. I’ll do it just for fun because it’s something impossible for it to happen.’ My life’s a bit of nonsense sometimes.”

The 25-year-old Italian actress, born in Bologna and based now in Rome, never intended to even be acting, yet she makes her major debut appearing opposite Nicole Kidman and Hugh Grant in the David E. Kelley HBO six-part miniseries “The Undoing,” which aired its first episode Sunday night.

Prior to the whirlwind entrance into acting which found her spending a few months in New York shooting the series, De Angelis was a musician. In her younger years, she and her band would drive around Europe in a yellow van, playing Ska mixed with swing music she would write herself. De Angelis was planning to go to university when a friend of hers presented a pitch.

“He told me, ‘We’re [holding] open castings for this movie in my hometown in Bologna and I showed the casting director pictures of you and she said you’re really interesting and she wants to meet you,’” De Angelis says.

She went to the audition having no idea what even went into one but, two months later, she was on set in a leading role.

“I realized that I was into acting the moment I started acting,” she says. 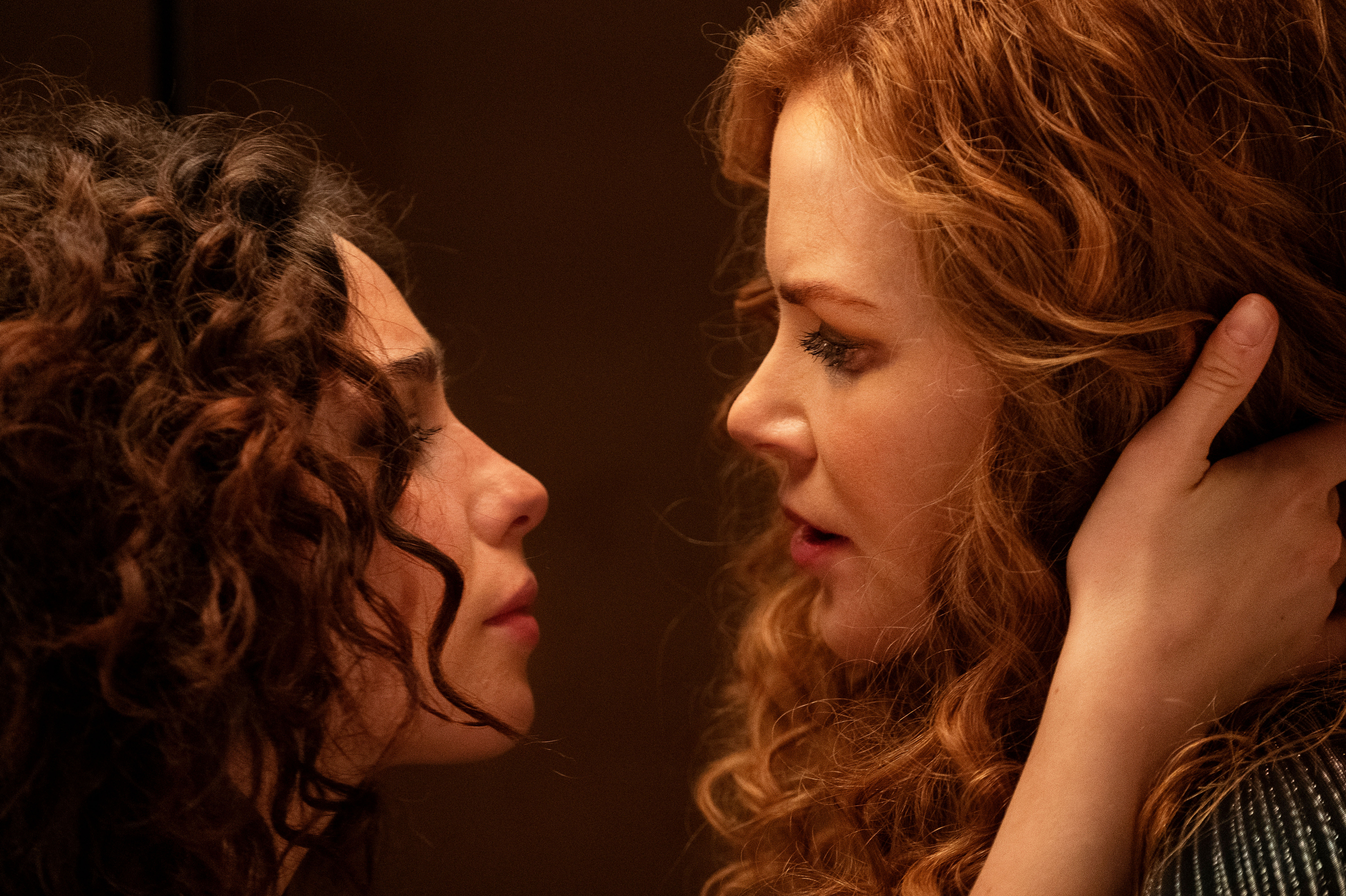 Matilda De Angelis with Nicole Kidman in “The Undoing.” Courtesy of HBO

It took her awhile to see herself as an actress — she kept protesting in her mind that she was a singer — but slowly came around to the idea, finally allowing herself to get comfortable.

“The director told me, ‘You just have to trust me because I saw something in you. It’s going to be fine. You’ll have fun.’ And I had fun, eventually. And then I was just too happy [doing it] to stop.”

Her role in “The Undoing” is hard to say much about without giving away major spoilers, but it did have her working closely with both Kidman and Grant.

“She takes your breath away,” she says of Kidman. “When she enters the room, everything lights up. She made me feel so comfortable and she really made me feel at home. I was really scared. I remember not being able to sleep at night because I was too nervous. And then when I met her everything went well. She’s so sensitive and caring and warming. And I can say pretty much the same thing with Hugh.”

The role required her to learn English, which she studied for a few months prior and says she is still very much practicing. Now that she’s had a taste of international work, she’s eager for more. 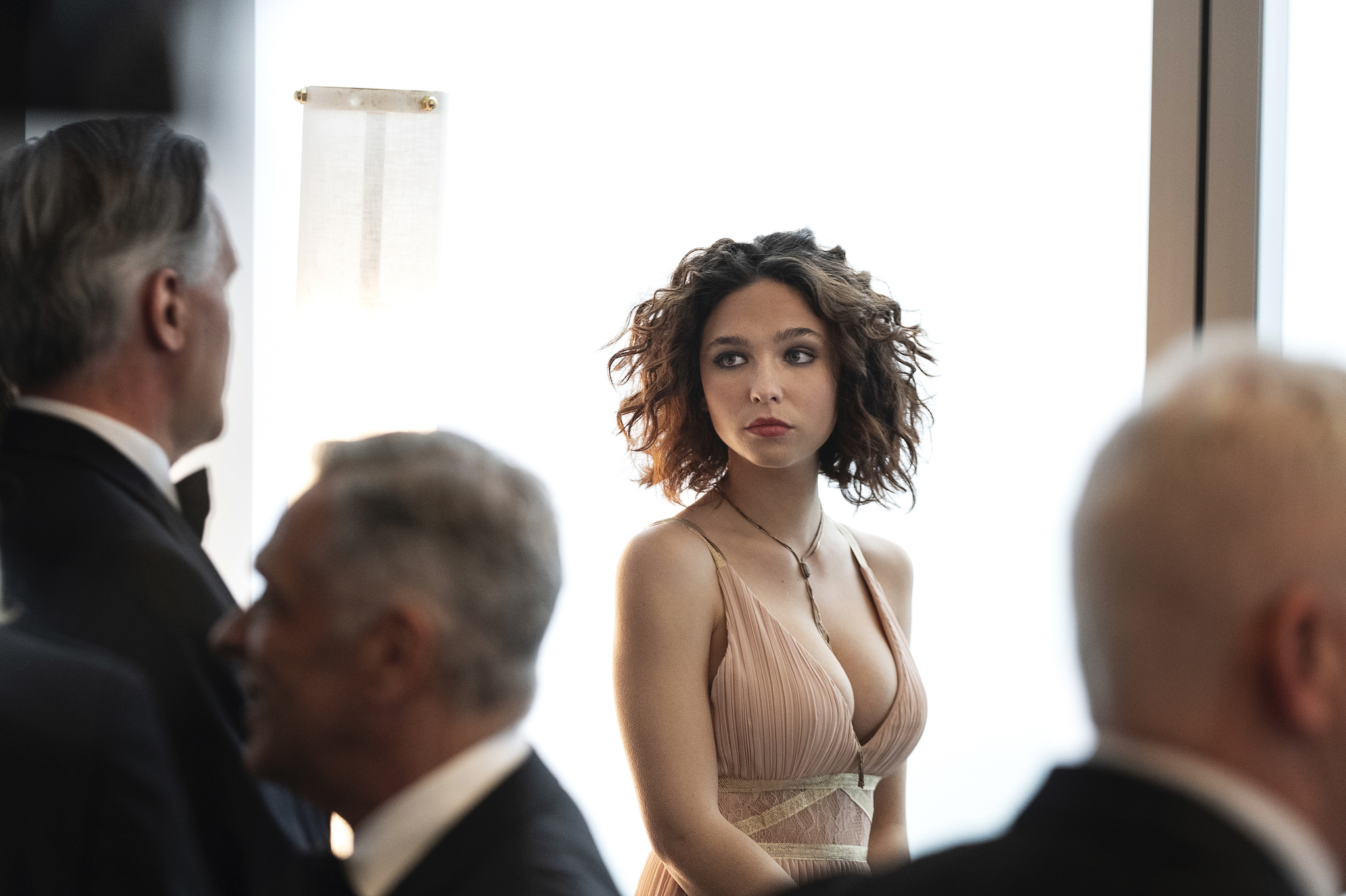 Matilda De Angelis in “The Undoing.” Courtesy of HBO

“I don’t want to settle down. I want to have as many opportunities as I can. If I can open a bigger window to the world, I’ll do it because I’m very ambitious,” she says. “I don’t mean to rush. I’ll need to take my time and I don’t have that craziness to do something. But I am ambitious and it’s just, I don’t want to be just an Italian actress. I want to be an actress.”

“Sometimes you feel that not everything is under your control and there’s a bigger design for your life,” she says. “I mean, you just have to go with the flow and sometimes you discover something about yourself that you haven’t planned and have fun.”

More from the Eye:

WWD Report Card: Far From a Dream and My Cardigan

Odley Jean Has the Breakout Story of Dreams