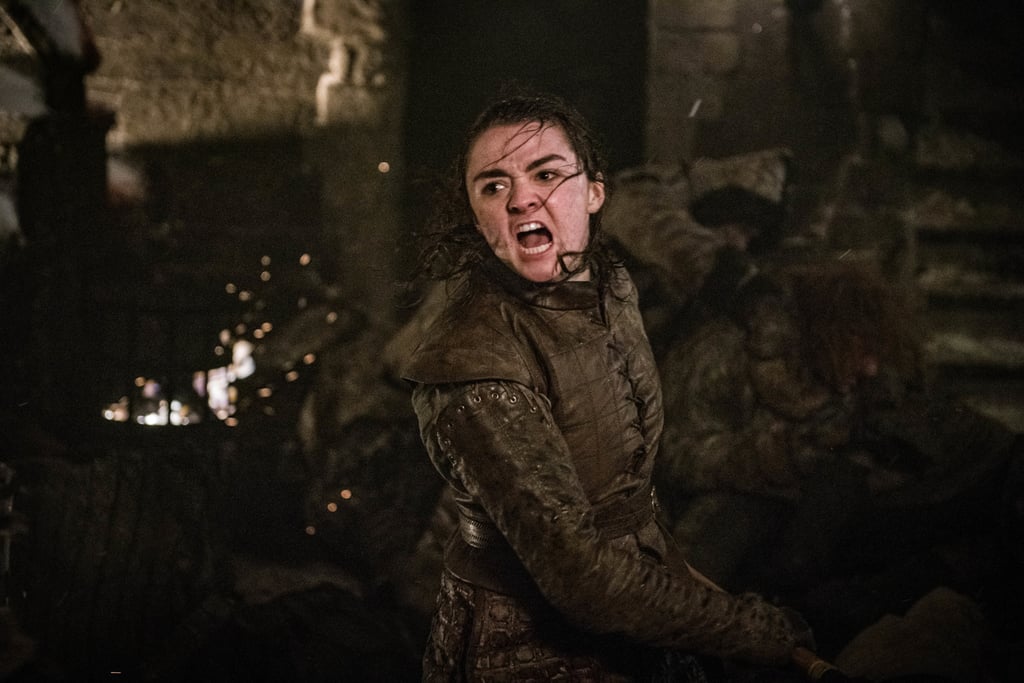 Warning! The very BIGGEST spoilers about the latest episode of Game of Thrones are ahead, so if you haven’t witnessed the insanity of the Battle of Winterfell yet, stop reading.

Remember when we thought the Battle of the Bastards on Game of Thrones was a wild ride? Well, now that we’ve witnessed the Battle of Winterfell madness, every other fight scene feels almost laughable. Season eight’s third episode really took things to the next level — and gave us the most satisfying Arya moment of all time, which just so happens to also be the end of the Night King. Yep, you guys . . . she does it! She kills the Night King!!

Arya first steps into the Battle of Winterfell with fervor, but as with the rest of the living, with time, she’s exhausted and looking defeated as the dead take over. Just as it seems as if she’s lost all hope, in steps — Surprise! — Melisandre, who knows exactly what Arya needs to hear. “What do we say to the god of death?” she asks Arya. “Not today,” says Arya.

Not today, indeed, because the next time we see Arya, she’s pouncing on the unsuspecting Night King right as he stands in front of Bran. She stabs the Night King, and it’s pretty much impossible NOT to cheer aloud watching all the White Walkers fall right along with the Night King.

Still catching your breath over that incredible scene? You aren’t alone. Viewers took to Twitter immediately to cheer for Arya’s badass moment — which, let’s be real, is quite an understatement. Take a look at some of the best, most on-point reactions to Arya’s defeat of the Night King, then check out the preview for next week’s episode.