Them, a horror series that explores the terrors faced by a Black family who move from North Carolina to an all-white neighborhood in Los Angeles in the 1950s, during the Great Migration, premiered on April 9 on Amazon. It’s the latest addition in an uptick of stories on screen that attempts an inclusion of subversive black characters in a genre that historically has had a negligible and exploitative history of representation, at least where race is concerned.

The series also aims for a pointed commentary on racism — too pointed — often forsaking storytelling and the paradoxes of horror as a genre, to arrive at its conclusions, and in the process, displaying gratuitous violence. With Black bodies, Black people, bearing the brunt of this violence, its purpose and its effect are deservedly at the receiving end of abundant critiques and questioning: What is the purpose? What does this do? But if its limitations are plentiful in this regard — the acting by the cast is at least redemptive, especially by lead, Deborah Ayorinde. 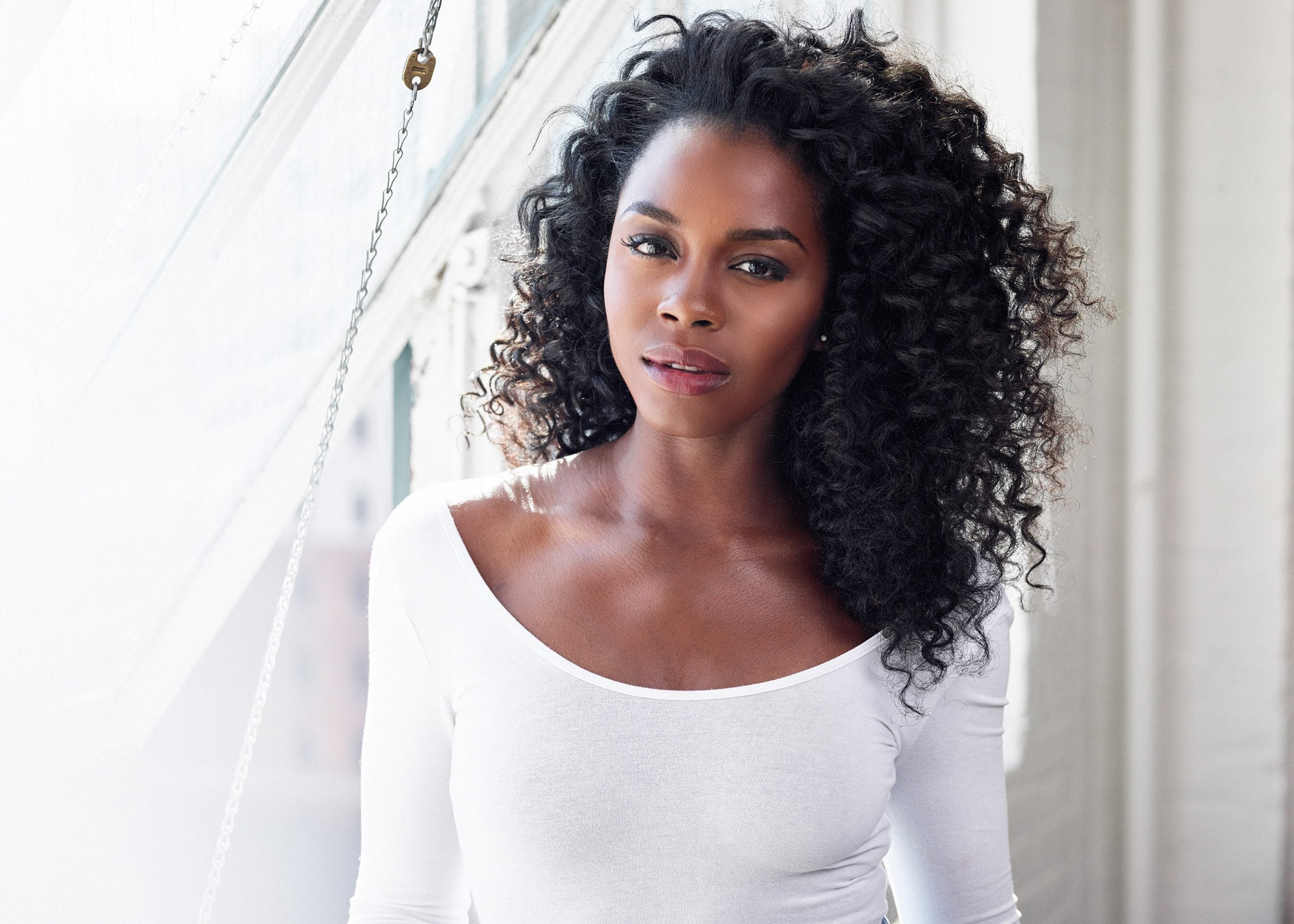 Ayorinde plays Lucky Emory, a perplexing and discontented housewife. She says she initially fell in love with Them because of the writing. “It was one of the most beautiful and heartbreaking pieces of writing that I’d ever read…it was written like poetry,” she says, adding, “And I could see everything that Little Marvin was trying to put on paper.” (Them was written and produced by Little Marvin.)

But Ayorinde also sees horror as a genre that is particularly useful for confronting racism, past and present. “Horror…it often explores very real trauma…racism is horrific, racism is traumatic, so I think it just makes sense to explore racism in the context of a horror,” she says.

Ayorinde’s Lucky, thankfully, a multidimensional character, is at times distressing to watch. Her presentation in the series, between flashbacks and hallucinations, alongside what is ostensibly occurring at any given moment, is a confluence of responses to the supernatural, to the violent racism of the society she lives in, and the individual and familial traumas she internalizes. But Ayorinde feels a closeness and compassion for Lucky, describing the character as both “strong and vulnerable.”

“She shows up, no matter what she’s going through. She’s resilient. She is a fighter…she is loving, she’s romantic, she’s so layered,” Ayorinde says.

The actor also found a unique freedom in playing her. Lucky’s character permitted Ayorinde to embody and convey a multitude of experiences and emotions, emotions she says black women often restrict.

“When you’re a black woman walking around the world, you experience a lot of things, you experience microaggressions, you might experience overt racism, overt sexism, and…you just show up with your poker face,” she says, adding, “For me, Lucky allowed me the opportunity to experience the effects of all those things. She gave me permission to go there, and to scream, and to let it out.”

For the actor, playing such a complex role required every single bit of her — and more. It was a rewarding experience as she expanded how she thought of her range, although it was also a challenge. In order to satisfy the role, Ayorinde employed a variety of personal strategies. Rather than indulging in horror films or television shows, she opted for watching documentaries instead. She prayed every single day on set, asking God to release herself into the character. And she also relied on music, making a specific playlist for Lucky.

“I have songs that I felt like Lucky would hear in her everyday life…I have songs that may not have come from the time period, but I felt like, spoke to different parts of her life,” Ayorinde says. She adds, “I have a lot of Nina Simone on this playlist…I have “Hear My Call’ by Jill Scott…I have Billie Holiday’s version and Nina’s Simone’s version of “Strange Fruit” … and there’s a bunch of other songs…the playlist is pretty long,” she says.

Ayorinde also opted to stay in character throughout her time filming, even when production halted last March due to the Covid-19 pandemic, later resuming five months later in August. This included keeping away from her loved ones.

Belonging, a discernible theme in Them as the family migrates in pursuit of a better life, resonates deeply with Ayorinde who spent her childhood living between spaces. Born in London, UK to Nigerian parents, she moved to San Jose, California when she was 8 years old. That feeling of wanting to be seen as one is, wherever one is, is something she easily applied to the Emory’s family story. The desire for safety as part of one’s pursuit, however, resulted in a renewed understanding on her part, of how safety is a futile expectation under racist systems — and that was especially palpable with the Great Migration as the backdrop of the series.

Notwithstanding these lessons, it is difficult to look past some of the gaudy trauma Them displays. It’s not so much that trauma and violence are present at all, but their use doesn’t always achieve its seemingly intended aims, whether in metaphor, in imagination, or in its demonstration of historical truths.

In the end, Them simply doesn’t satisfy as a whole or in many of its parts. But at the very least, Ayorinde’s portrayal of Lucky remains a beacon throughout. In Ayorinde, one is able to find an anchor for an otherwise challenging story, a story that in the final analysis, may be equal parts unfulfilling and scandalizing in its rendering.