It was on July 13 2016, a matter of weeks after the 2016 EU referendum, when Theresa May assumed office and became the UK’s Prime Minister. Having taken on the top job, the politician soon addressed members of the public via a televised speech. During the message, the Leader of the Conservative Party gave her first signal on plans for Brexit – insisting she planned to honour the 51.89 per cent majority vote from the public to leave the EU. “As we leave the European Union, we will forge a bold new, positive role for ourselves in the world,” she said.

As we leave the European Union, we will forge a bold new, positive role for ourselves in the world

“And we will make Britain a country that works not for a privileged few, but for every one of us.

“That will be the mission of the government I lead, and together, we will build a better Britain.”

Almost two years on, and Theresa May has made countless speeches to the world, recently speaking on the topic of the Brexit deal she proposed.

Now, MPs are set to debate the motion again today, voting on part of the deal negotiated with the EU.

And, while the UK may not be exiting the EU as planned today, the day serves as a significant date to look back on the past.

Comparing and contrasting the two politically noteworthy instances is body language expert Judi James, who has analysed Mrs May’s body language from over the years.

Speaking exclusively to Express.co.uk, the expert said of the PM’s first speech: “With her leg splay signalling confidence, determination and solidity, May delivered her first speech as PM using body language that swung between that of a proud woman of destiny and a woman of empathy and understanding.

“Her inner steel was visible in the pause before she started speaking and her eye connect and part smile as she took her moment. Her facial expression suggested she expected to be liked and admired for stepping up to the plate and brandishing her verbal sword once Cameron had nipped out the back exit of the house behind her. 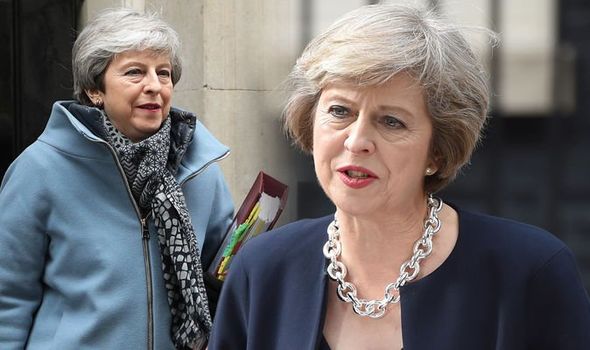 “Her small head-toss as she told us she’d come from the Palace signalled a sense of bravery and power. Her chest and shoulder splay created an alpha appeal and the way she performed a constant shoulder-judder or heave that at times even made her thick silver neck chain rattle, created strong emphasis for her points.”

Judi went on to point out particular ways in which Mrs May made parts of her speech stand out.

She said: “Her head was up and she used direct eye contact to the camera when she came to the empathetic passages of her speech.

“Her technique of coming off her notes and looking into camera when she singled out the ‘just managing’ did give her words congruence. Her determination was signalled by the way she clamped her lips at the end of every chunk of speech and she finished her pledges by pulling her lower lip in and chin up to suggest almost Churchillian resolve.”

But, is that to say her body language didn’t imply some hesitation about what to come? According to Judi, the answer is no.

“There were glaring moments of incongruence though that hinted at a sense of anxiety bordering on masked fear about some of the challenges she faced,” Judi said in her analysis.

“When she spoke about uniting the country and about Conservatives being the ‘Unionist party’ she performed a mouth slew denial gesture that was one of many to come during her time as PM. Her mouth came open with the upper lip arched and the corners pulled down in an expression normally associated with tragedy, anxiety or fear.

“When she spoke of leaving the EU she tried hard to show us a pair of steady hands, doing the only gesticulations of her speech, but her as her hands came up from behind the lectern in what should have been an ‘Invisible brick’ gesture to show the ability to manage and control a problem they lost all sense of synchronicity and shape and looked more like a rehearsed ‘set piece’ that an illustration of her true feelings.”

And what about now, after months of negotiations and failed votes? According to Judi’s analysis, there are some key differences. 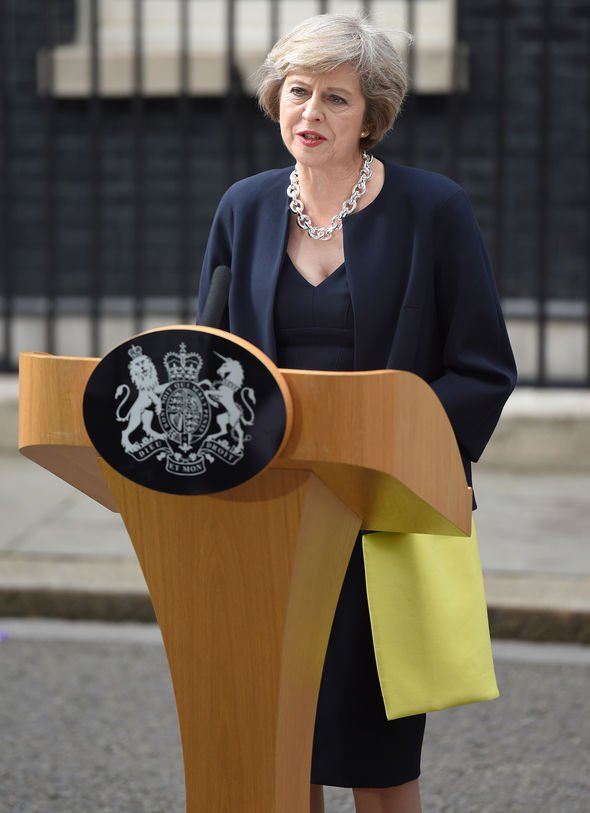 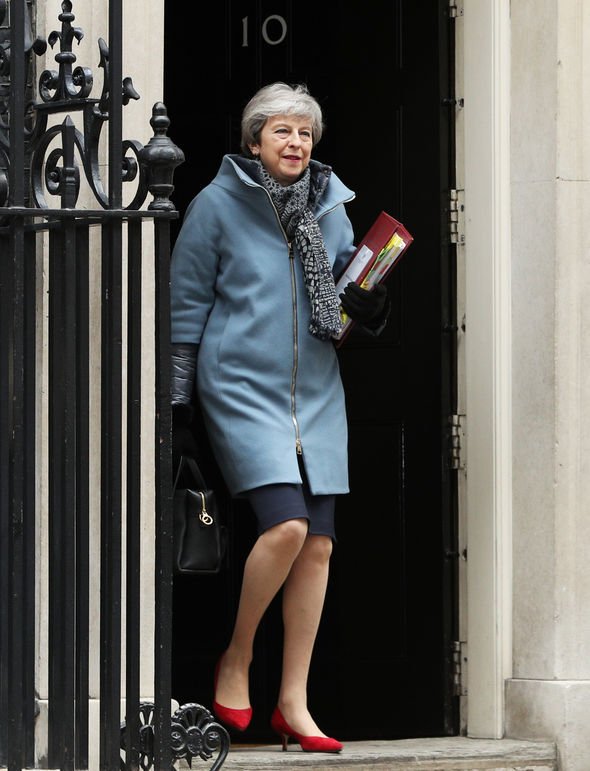 ‘I will be ruthless in cutting out waste, streamlining structures and improving efficiency’

“The body language of destiny, energy and the ability to change appears to have evaporated over the past two years and May looks like a woman trading on resilience and grim determination,” she said.

“The battle-weary signs are there in plain sight: her shoulders have lost their energy and movement and remain slightly hunched, like a boxer protecting herself from the volley of punches.

“There are no more dramatic pauses or moments to just stand and bathe in her popularity and she looks down to read rather than using a constant eye-scan and eye-connect.”

But, that’s not to say that her body language signals a lack of bravery.

Judi expanded: “This lessening of eye contact doesn’t look like cowardice though, more a distaste for the hostile responses and faces she must have to suffer on a daily basis.

“May’s non-verbal emphasis now comes from a head-baton gesture rather than the full body and shoulder-quivers she used during her first speech as PM to show 100 per cent resolve. She looks seasoned and matured now, but her body language cues during her first speech suggested she always knew it might come to this at some stage in the process.

“May has retained two key traits from her Downing Street body language two years ago though: Her feet are still splayed with the weight evenly balanced.

“Confidence tends to start with the feet and how ‘well planted’ they are and this splaying is an important cue to suggest she’s still got reserves of stubborn determination and ability to fight left in the tanks. When she does lift her eyes from her script she is also still in possession of her famous ‘Death stare’ and she scans the opposition benches with it on a regular basis.”