The end of the year is always a good time for pop culture fans to look back on some of the best things that happened over the last 365 days, but it’s also prime time to look ahead. Figuring out which things to get most excited about can be tricky, though, but thanks to IMDb, we now know the most highly-anticipated movies and TV shows of 2019. The film list includes a handful of sequels, lots of intense dramas, and a couple remakes, while the TV show list has a few superhero shows, a supernatural comedy, and one intriguing spin-off. Basically, when it comes to entertainment, 2019 is gonna bring it.

To create the movies list, IMDb gathered all the films with release dates in 2019 (in the United States) in order to find out which ones had the most page views among its users — "more than 250 million monthly unique visitors," according to IMDb. Using that info, the site then determined the top 10 picks in the category. For the TV list, meanwhile, IMDb picked the shows that were "consistently ranked highest on the IMDbPro proprietary weekly TV rankings throughout 2018," based on page views. In other words, these lists are different than most similar-sounding ones, because the rankings came from actual fan interest as judged by page views, rather than just critics’ best guesses.

First things first, here are the 10 most anticipated movies of 2019.

The first film in the Marvel Cinematic Universe with a female superhero as the lead, Captain Marvel is the most highly-anticipated movie, according to IMDb. It’ll be the first of three Marvel movies to hit theaters this coming year, and just the trailer alone will give you chills.

The most viewed trailer in history, according to Marvel, Avengers: Endgame basically had to be on this list. Fans are probably checking out IMDb to see if there are any hints to what’s coming in the new Avengers film.

4. Once Upon A Time In Hollywood

Once Upon a Time In Hollywood tells the story of the Manson Family murder of Sharon Tate. It already sounds so compelling, and the cast includes Leonardo DiCaprio and Brad Pitt. 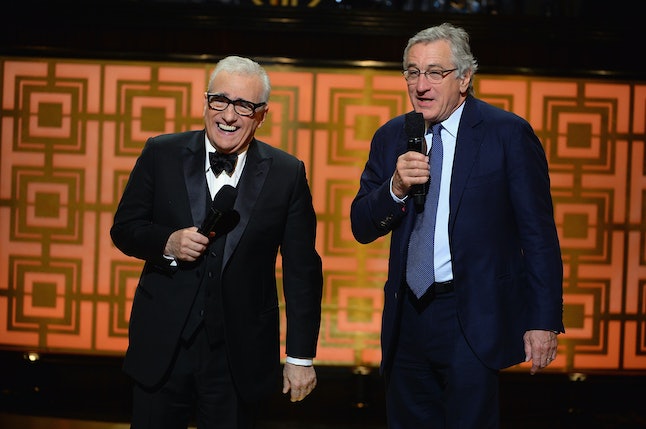 Based on the book I Heard You Paint Houses by Charles Brandt, The Irishman is about Frank Sheeran (Robert De Niro), "The Irishman" and head of a labor union, who has connections to the mob. The film, directed by Martin Scorsese, focuses on Frank’s involvement in the death of Jimmy Hoffa, played by Al Pacino.

A sequel to the terrifying remake, It: Chapter Two sees the kids all grown up and out of the small town that terrorized them, until a phone call brings them all back. Jessica Chastain and James McAvoy are just a couple of the big names in this film.

Glass combines the characters from Split and Unbreakable to create an unusual story about super humans. Starring Bruce Willis, Samuel L. Jackson, Sarah Paulson, and James McAvoy, the movie is sure to be interesting.

A totally separate DC film from its current Justice League set of characters, The Joker will be a new retelling of an old character’s origin story. Joaquin Phoenix takes on the lead role.

A remake of the Disney cartoon from the ’90s, this live-action film of Aladdin has Will Smith as the Genie and a pretty epic teaser trailer. Combined with The Lion King, Disney is really giving the people what they want in 2019.

Hellboy stars David Harbour (Stranger Things) as the title character, and is an R-rated reboot of the 2004 film of the same name. It’s based off the Dark Horse graphic novel. 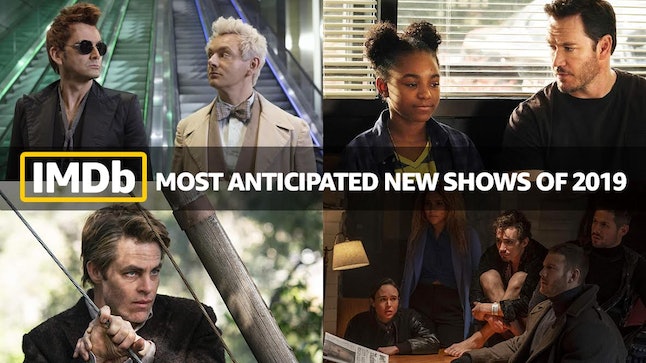 If the trailer doesn’t entice you, nothing will. Michael Sheen and David Tennant play two opposing forces of good and evil who’ve been going at each other for centuries and must now join together to stop the apocalypse. Yes please!

Based on the real-life narrative of Fauna Hodel, this miniseries also revolves around the murder that Hollywood has told time and again: The Black Dahlia.

The dramatic trailer previews a compelling story of a government plan to combat a devastating virus. When people want to experiment on a little girl, things get wild, and the action really kicks in.

The intriguing, wacky trailer features several children with special powers who come together to save the world. The Umbrella Academy was where they were all trained by their adoptive father.

Originally a DC comic book, the show envisions what it would be like if superheroes had come about at vital moments in U.S. history. Very cool.

Another superhero TV show, this one involves law enforcement who are intended to keep superheroes in line, "by any means necessary." this show is likely not for kids, featuring plenty of violence and sexual themes.

If you’ve been itching to see To All The Boys‘ star Lana Candor back on your screen, look no further than Deadly Class. This show is about a school for the gifted — aka assassins..

A spin-off of The Fosters, the series sees Mariana and Callie move to Los Angeles and get jobs. Adult life proves to be hard, but these women know how to handle themselves.

If you’ve been watching Titans, know that this series takes the Doom Patrol that was introduced there and turns it into a whole new show. Basically, it’s the concept of Defenders, but in reverse.

Based on a bestselling trilogy, this show tells the the story of two kids who go on a quest through parallel universes. It stars Dafne Keen (Logan) and James McAvoy, who’s apparently having a huge 2019.