They’re here, everyone! And no, I’m not talking about Santa and his reindeer. I’m talking about the first photos of Prince William and Kate Middleton on Christmas 2018, which is the next best thing to St. Nick appearing in your actual living room, if we’re being honest. Nothing is more fun than peeking in on the royal family and their holiday festivities, and having a little look at how the Duke and Duchess of Cambridge are celebrating this year is warming hearts all over the globe. (I’d say it’s a Christmas miracle, but that feels like one holiday reference too far.)

This year, the royal family has so much to reflect on and to be thankful for. 2018 expanded the royal family in many special ways, including two weddings, one new baby, and one to come! First, William and Kate welcomed their third baby to their squad, Prince Louis Arthur Charles of Cambridge. Second, Prince Harry married Meghan Markle, of course, making them the new Duke and Duchess of Sussex. After that, Princess Eugenie and her new hubby Jack Brooksbank got hitched a few months later. And, just when you thought the palace couldn’t possibly drop any more big news, Harry and Meghan announced they are also expecting a baby together, which leaves the royal family with three-and-a-half new members at the end of the year 2018. Phew!

It would be understandable if everyone was downright exhausted from such an eventful year, but somehow, William and Kate were able to rally a smile in these beautiful photos of the couple making their walk in Sandringham for the traditional Christmas Day church service. 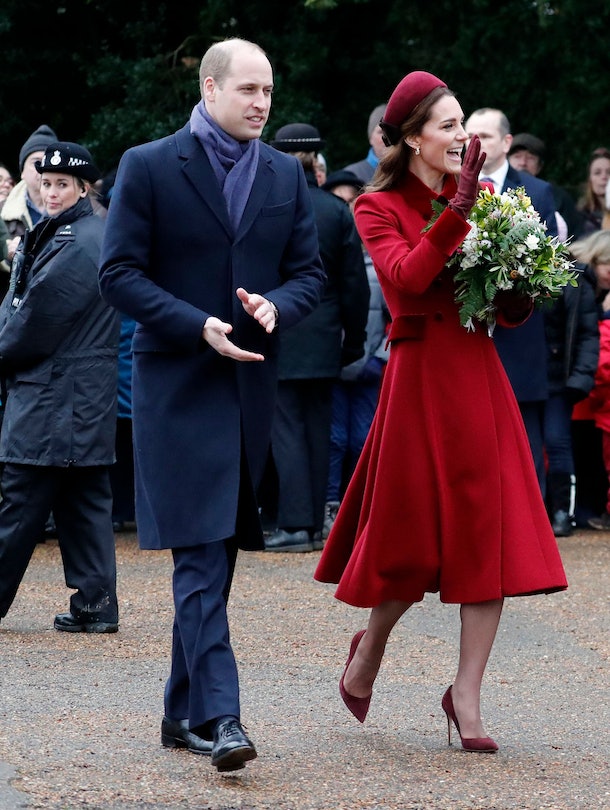 Prince Charles, Meghan Markle, and Prince Harry were also pictured with Prince William and Middleton, all flashing warm smiles as they geared up for the Christmas festivities. 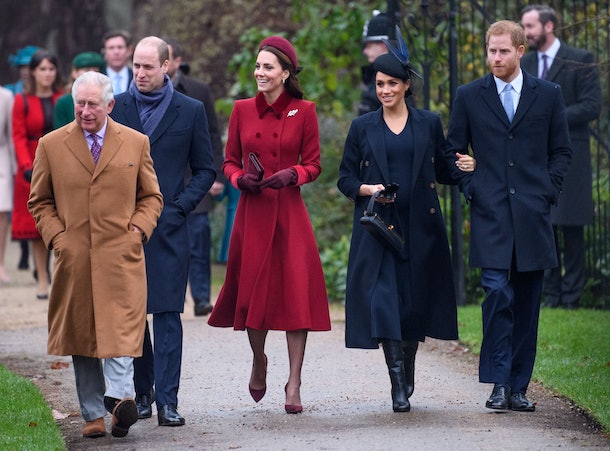 Don’t you feel like you can kind of smell the British Christmas morning festivities from here? (I’m not really sure what that smell would be exactly, but I imagine tea and crumpets are definitely in there.) 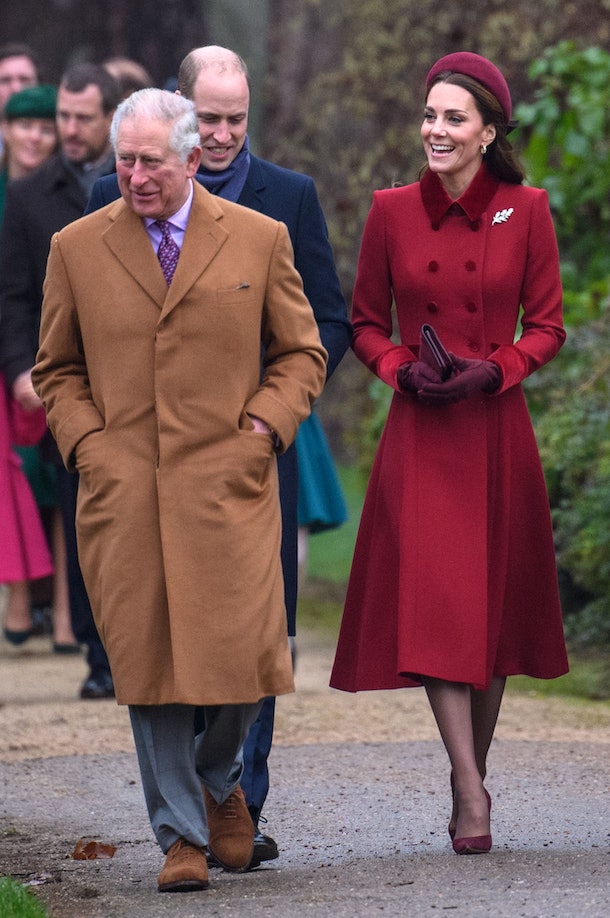 Initially, fans of the royals were worried it might be a not-so-merry Christmas for the royal clan, as some reports have claimed there is tension between Markle and Middleton, as well as William and Harry. According to The Sun, sources claimed Middleton got upset with Markle over how she treated her staff. However, a Kensington Palace spokesperson gave a statement saying the reported fight "never happened."

However, The Daily Mail piped down rumors further about the couples potentially splitting up for Christmas, reporting that the royal couples would actually be celebrating the holidays together at Sandringham. Additionally, People reported both couples attended a special Christmas lunch at Buckingham Palace on Dec. 19, with the Queen. So, take that, Scrooges of the world. 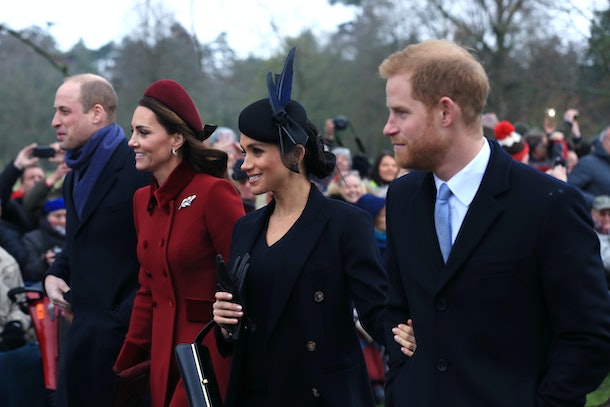 Well, considering these amazing Christmas photos of Prince William, Middleton, and the rest of the fam looking tighter than ever, I think we can put the feud rumors to rest. Because honestly, there’s no better Christmas present than seeing all the royals come together to spend time with each other, despite some wild rumors throughout the year.