From a simple cowshed to a lavish holiday property: Couple reveal how they converted a humble farming structure into a luxury three-bedroom home

Jaimee and Ryan Whiston and their kids take their family holidays in a cowshed, one the couple assembled themselves.

Located in the South Island of New Zealand, the three-bedroom abode couldn’t be further removed from its humble beginnings, and it features floor-to-ceiling windows, on-trend interiors and polished concrete flooring throughout.

In the past few years, the township of Twizel, where the pair built, has become a much-sought-after holiday spot.

So much so, that if the Whistons hadn’t been lucky enough to already have owned the land, their dream of owning a holiday home may not have to come to life.

‘My husband is a builder and he was building a cowshed in Dunedin for a client when the idea just came to him,’ Jaimee Whiston told FEMAIL. 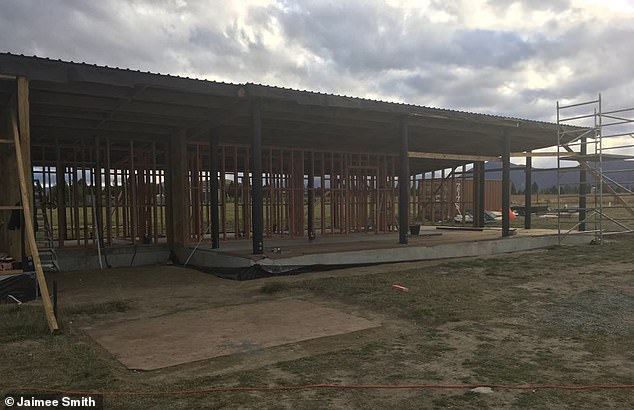 The couple built their two bedroom home from a kitset, one which is normally used to house cows 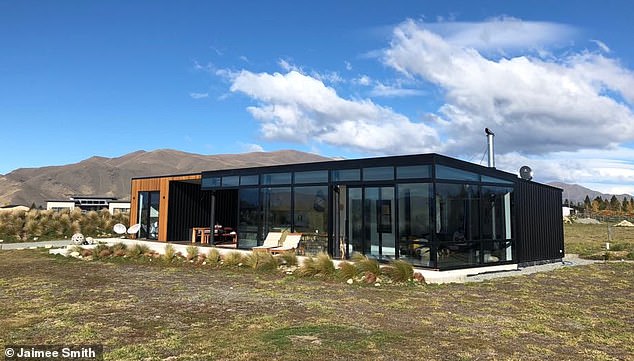 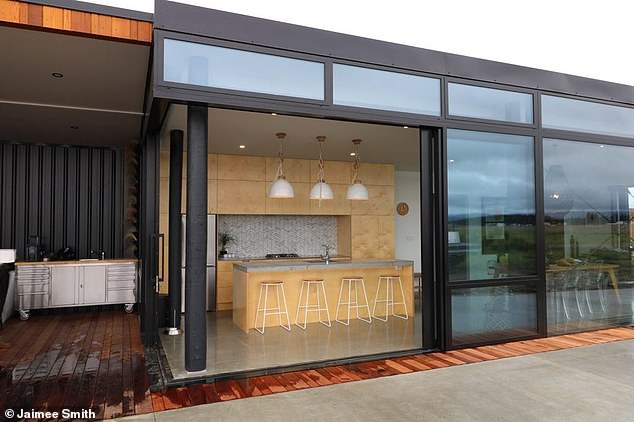 ‘We were always going to be on a budget so it seemed like a cheaper option. I didn’t care how it looked as long as the whole front of it was glass.’

While it might seem like an extravagance to insist the front of the home was built using glass panelling, Jaimee said this was absolutely necessary because the views were too stunning to miss.

‘The landscape is absolutely incredible. The whole front of the house pretty much stacks back so it opens up to the view.

‘And we love entertaining so it was vital to integrate a sheltered outdoors space by the kitchen, that’s protected from the wind.’ 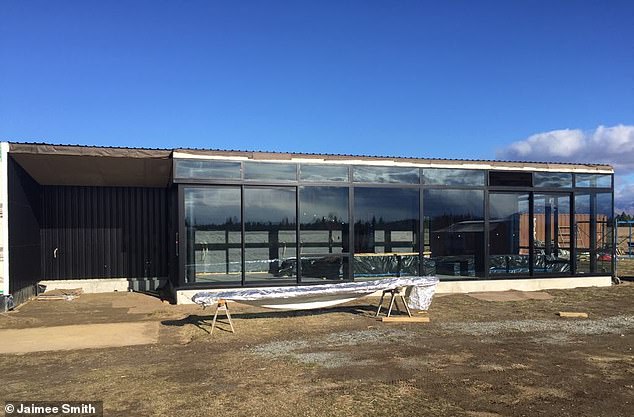 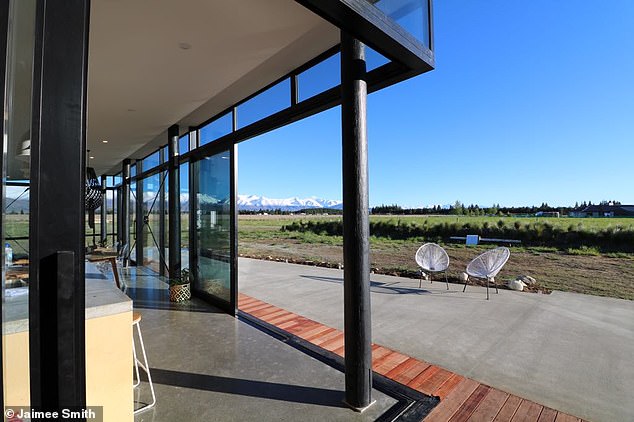 In recent years, the township of Twizel has become a popular holiday destination

The pair aren’t strangers to renovating unusual spaces. They live in Dunedin in a church, which is a stunning home they renovated themselves.

The Whistons explained this project tapped into Ryan’s expertise as a builder, but they also worked with a draughtsman for help with some aspects.

High wind zones in the area meant there was a need for additional engineering. 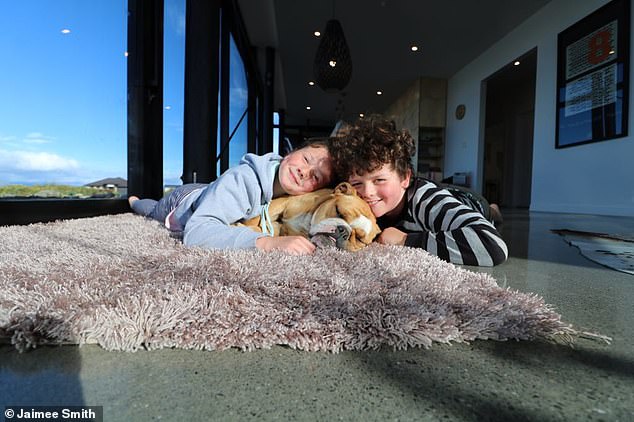 Relaxation is the name of the game: The family’s getaway is luxurious without being overly complicated

The holiday home, a three-bedroom masterpiece, was clearly a labour of love.

It was built by Ryan and an apprentice over a period of nine months, and in total the pair say they spent $450,000. This is a figure that included the cost of the land and wages.

‘He worked so bloody hard,’ Jaimee said. He put in massive hours and worked through cold winters. It was just an incredible effort.’ 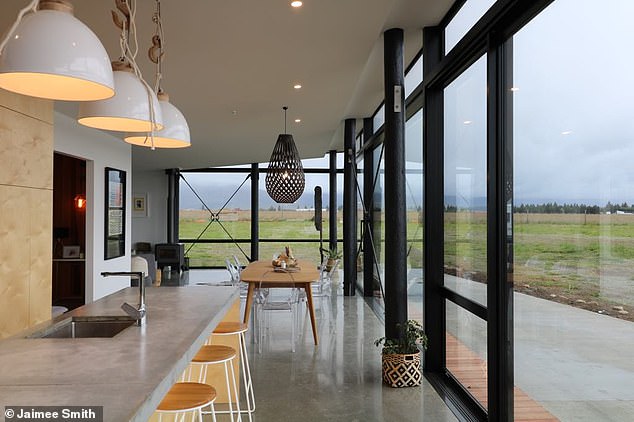 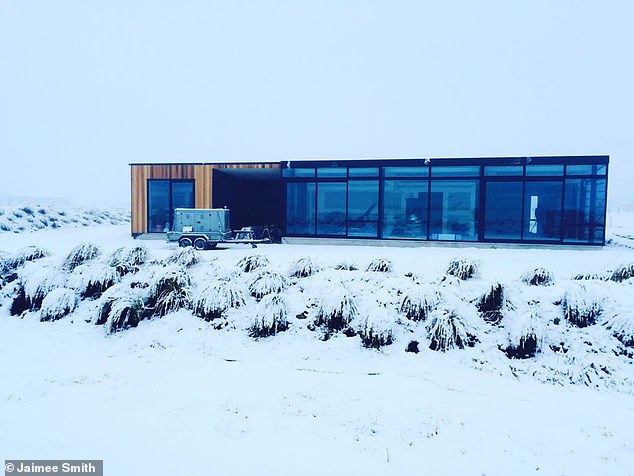 During the day, temperatures in Twizel during winter can range from between 5°C to 10°C

How to the pair keep the home warm during New Zealand winters?

During the day, winter temperatures in Twizel can range from between 5°C to 10°C. The nights can drop to  -15°C.

The home is warmed using two heat pumps and a working fire place.

Ryan revealed the time he spent building the couple’s dream home was a struggle, especially being away from his kids for so long.

‘Being away from the family was tough. I missed a whole year of being there for the kids and helping out Jaimee who runs her own business.

‘It was testing but we knew it was all for the greater good.

‘That’s how we roll. We’re always working on some type of project, I suppose it’s to help out kids out later in life.’ 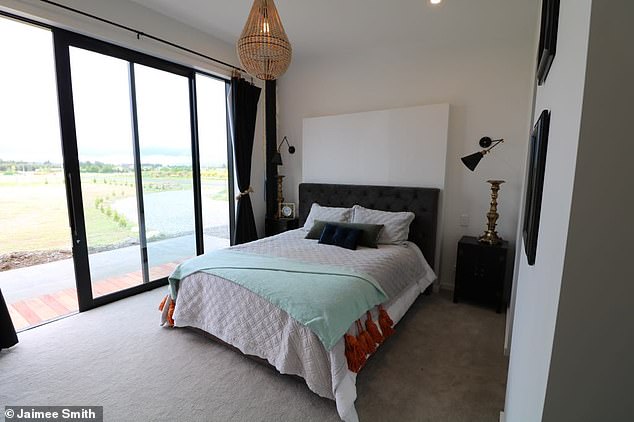 Although Jaimee is a hairdresser who runs a successful business in Dunedin, she’s also got a fabulous eye when it comes to interior design

If building the home wasn’t enough of a feat, Jaimee, a hairdresser who runs the chic salon Zabitsu Hair Art in Dunedin, also did the interiors herself.

In contrast to their ‘museum-like’ abode in Dunedin which is full of quirky pieces, the Whistons’ home in Twizel is far more minimal.

However, there is no shortage of unique touches, thanks to Jaimee’s incredible eye. 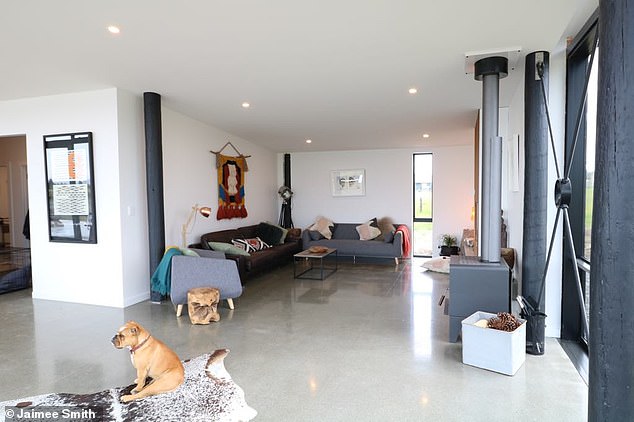 In keeping with the home’s modern construction, its interiors are also far more minimalist and sparse 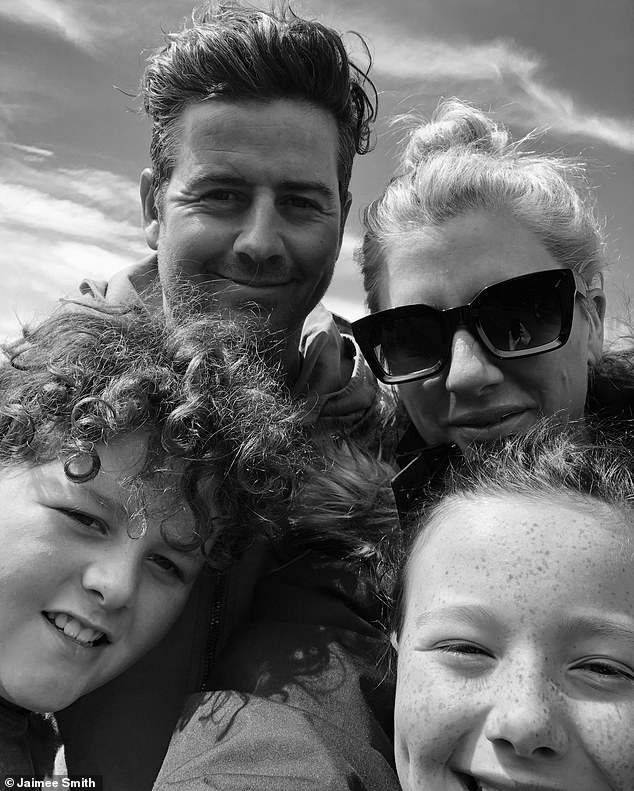 ‘We’re always working on some type of project, I suppose its to help out kids out later in life,’ said Ryan (pictured top left)

‘I spend hours online just searching and looking at things.’

‘I went to Bali recently and bought home six extra massive bags of homewares and ended up shipping a crate home of lighting.

‘People constantly tell me I should follow my passion, so who knows! I’m absolutely full to the brim with furniture and art!’