I’m nervous about writing this article because it’s about sports — and primarily men’s sports, at that. I’ve been going to New Jersey Devils games since I was 6 years old, but I’m also a woman on the internet, and that makes me a target for men who feel possessive of their hobby and want to say I’m a fraud (or worse). This is the atmosphere NHL Network host Jamie Hersch faces every day at work.

"The idea that women aren’t naturally in love with sports is just still so crazy to me," she tells Bustle over the phone as she reviews stats for the night’s games. "Overall, it’s been a bit of a challenge to try to convince people — whether it’s viewers or family or even friends, sometimes — that, no, I actually do really love sports and I love what I do. It’s not just about being on TV and, you know, getting all dolled up and wearing dresses and having my nails done."

Hersch didn’t just grow up playing volleyball, fast-pitch softball, and basketball and watching every single Minnesota Vikings football game with her dad (and, yes, she’s still a proud fan) and decide to work in the industry. In fact, she has been deliberate about having a career in sports since she started college at the University of Southern California, where she studied broadcast journalism with a sports emphasis and came in third for a national student broadcast competition in 2009.

Aspiring broadcasters make a choice after graduation: get a position with on-air time in a small market, or get an entry-level role at a larger network and work your way up. Hersch chose to work in a smaller market in Madison, Wisconsin as a "one-man band." That meant she set up her own equipment, edited her own interviews, and then prepared to report on the same stories on later segments. She then moved on to FOX Sports North, covering her hometown’s Major League Baseball team, the Minnesota Twins.

So in 2015, when the NHL and MLB networks paired up, Hersch was "a perfect fit" as someone with both baseball and hockey experience. She now hosts NHL Network’s On The Fly, recapping highlights from the day’s games.

But all her experience and topic expertise doesn’t stop people from throwing that maddening question her way: "But do you really like sports?" Hersch says it’s a question "probably all" women she knows working on-air in hockey have faced. 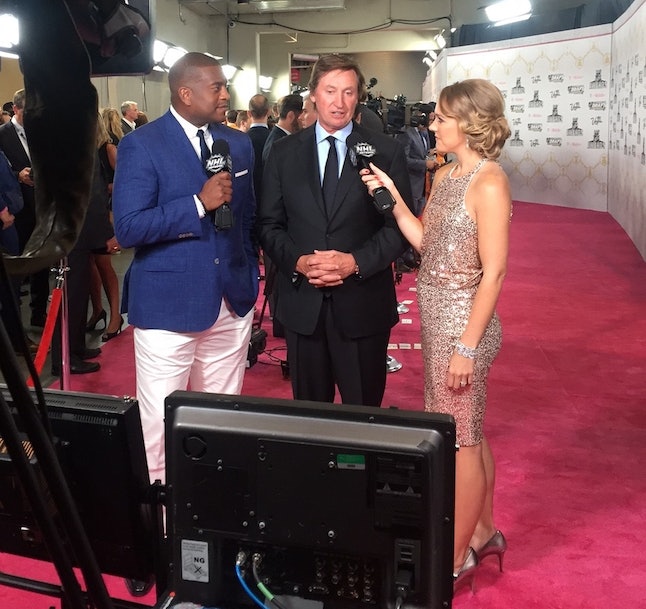 As hard as women athletes have been working to gain public attention and at least equal amenities, if not equal pay, women on-air journalists have been working to gain a foothold in sports broadcasting, too. The NHL Network, for instance, has a handful of women hosts and has had all-female specials. As Britni de la Cretaz reported at The Ringer, while women have made inroads on sideline reporting and in analyst positions, the high-pressure — and high-profile — play-by-play broadcast positions remain largely out-of-reach. Many women told de la Cretaz they faced a higher standard to get every single call correct, a pressure Hersch also feels.

"We [women] work so hard to build the credibility up and to make people believe we can talk about sports, we’re just as qualified as men to talk about sports," Hersch says, "If you make one simple mistake about a team’s record or mispronounce a player’s name or anything like that, that credibility crumbles a lot more quickly than if you were a man."

That’s partially why Hersch prepares so meticulously for On The Fly, which, as the name suggests, is less scripted. That means she has to be able to improvise conversations including stats and analysis. 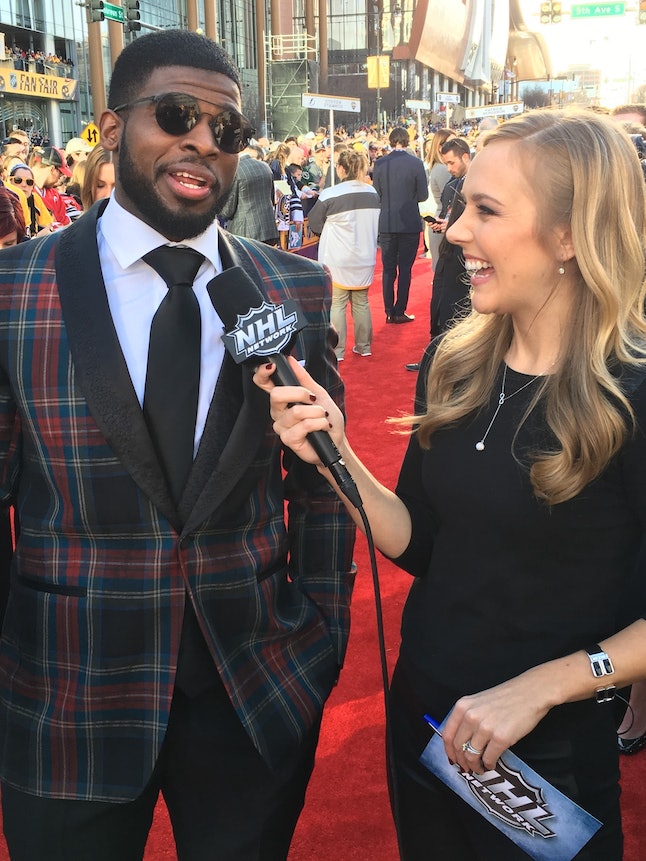 That pressure to know everything or else be seen as an imposter is too familiar. I won’t offer up to men that I enjoy sports because I know I can’t pass the background check. I’ve found there’s very little room for a woman to be a casual sports fan — unless you know a given forward’s second cousin’s dog’s name, how can you be trusted as a real fan, and not just a girl with a crush or an interloper coming to steal something away from men?

This distrust runs even deeper for women who make their careers out of being the experts. Just last week, a male sports writer criticized The Washington Post‘s Isabelle Khurshudyan, an award-winning Washington Capitals beat reporter, for covering a top Caps player too many times, in his estimation — using language many interpreted as sexist.

It certainly doesn’t help that sports are marked by an aggressive masculinity. Male leagues are still the predominant ones across the board — even when the women’s team is better — and sports like hockey prize violence in play (don’t @ me about penalties; fights are an obvious part of men’s hockey). Major league sports across the board are also still struggling with LGBTQ representation and race relations, although the NHL has been making attempts of outreach to non-white and LGBTQ people. Then there’s the matter of how leagues handle domestic violence and sexual misconduct allegations. The NHL has not had as many public incidents as, say, the NFL, but they do happen.

"It’s tough to see this issue in our society overall, and the important thing is to continue to see awareness being raised," Hersch says, although she acknowledges it can be "hard to reconcile as a woman."

Taken altogether, it makes me wonder if Hersch wishes we’d stop talking about the fact that she’s a woman in a male-dominated field. Not at all, she tells me.

"It comes with the territory, and people are curious out there," she says. "I don’t get scared of talking about things from a woman’s perspective at all. I think the more we have these conversations, the more we can educate fans and hopefully stop answering the tweets about if I actually like sports."

For the record — and hopefully for the last time — she does.