A thrifty mother has revealed how she created a sensory playroom under her stairs for her son – all for just £80.

Ashleigh Dunkley, from Buckie in North East Scotland, told how she was using the empty space to store random ‘junk’, but was inspired by the creative idea after seeing how the sensory room at her three-year-old son CJ’s nursery was helping his development.

The mother-of-two used materials she already had laying around, and picked up the rest from the likes of Amazon, Facebook Marketplace and Poundland.

‘The effect it has on him was instantly clear to see. He’s settled, happy and content,’ she said, speaking to Tyla. ‘We had looked into purchasing large sensory boards for home use but soon found out that these cost thousands of pounds for one panel.’

Ashleigh Dunkley, from Buckie in North East Scotland, transformed the empty space under her stairs into a sensory playroom for her three-year-old son, CJ. Pictured before 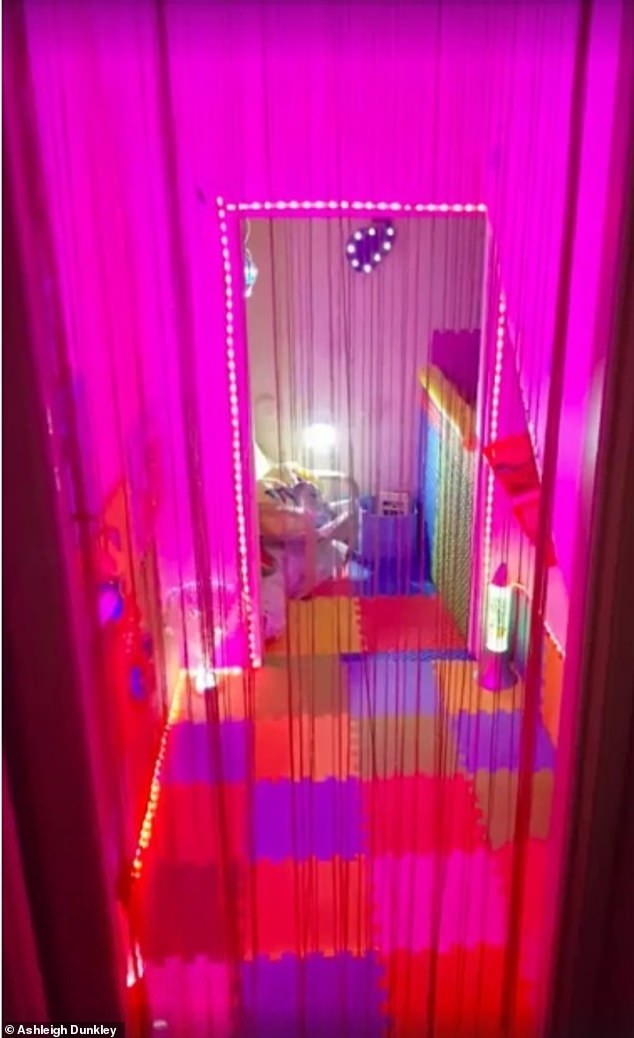 The mother-of-two told how she recycled materials she already had and bought some other bargain buys from the likes of Amazon, Facebook Marketplace and Poundland. Pictured, the sensory room after

The creative homeowner made the impressive sensory room – which is complete with LED lights, foam walls, cogs and a ball pit – in just one weekend.

She recycled materials she had floating around the house, and some that had been given as presents – including a latch board, cogs, a lava lamp, a chair, cushions, magnetic numbers, and a crocodile wall toy.

To complete the sensory room, Ashleigh, who also has Hadden, seven, purchased foam mats, which came to £10 for 30 and LED strip lights £13.99 for 10 meters from Amazon.

She also bought a £5 bumble lamp from Facebook Marketplace and some kid’s lights for £1 and £2 from Poundland. 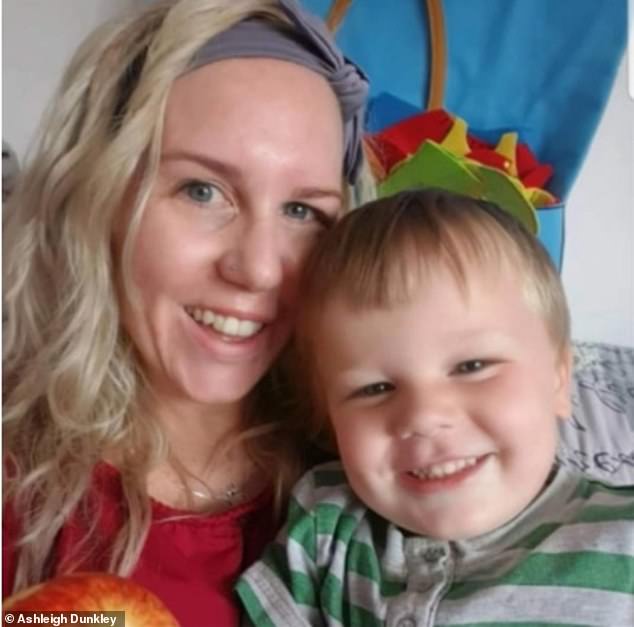 Speaking of the new sensory playroom, Ashleigh said: ‘My son loves it! He gets so excited when it’s all lit up’ (pictured together) 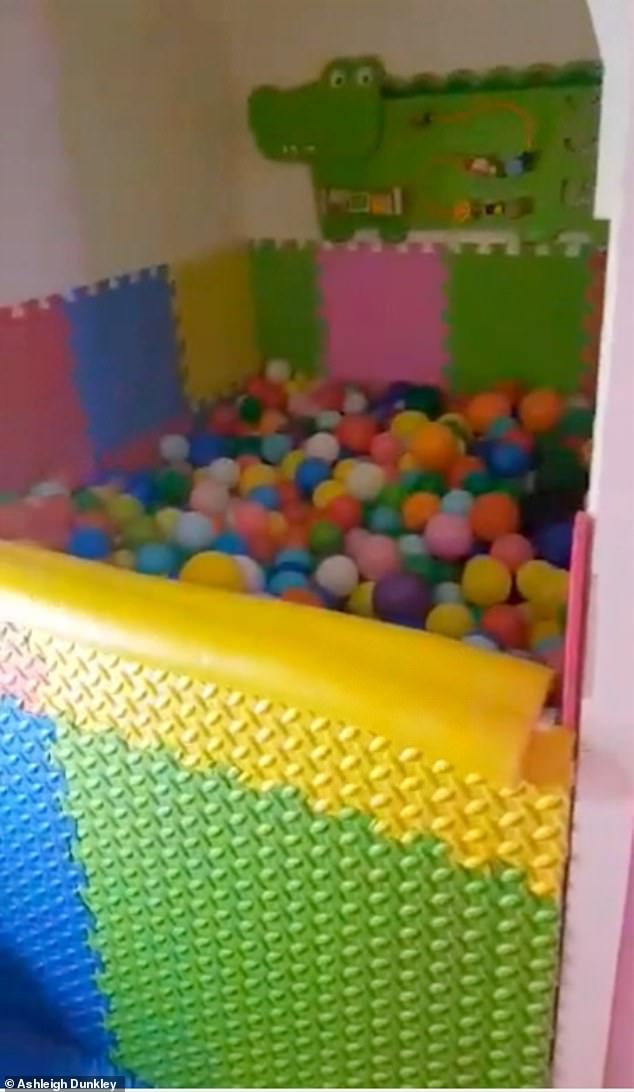 Determined to keep costs low, the balls were gifted by friends and family who were having a clear-out ahead of Christmas, and the rest was purchased on Facebook Marketplace for £30.

Ashleigh went on to say how her son ‘loves’ his new sensory playroom and adds he ‘gets so excited’ when it’s all lit up.

‘It’s also very beneficial for when everyday life just gets a bit too much for him,’ she explained. ‘It really settles him. Almost like someones pressed a reset button.’

‘He is a big sensory seeker so bright lights, white noise and a ball pit are right up his street.’