A cracking field head to post for the Blue Riband event in which Presenting Percy is the marginal favourite.

We've put together all the important info to help you find the winner of the contest. 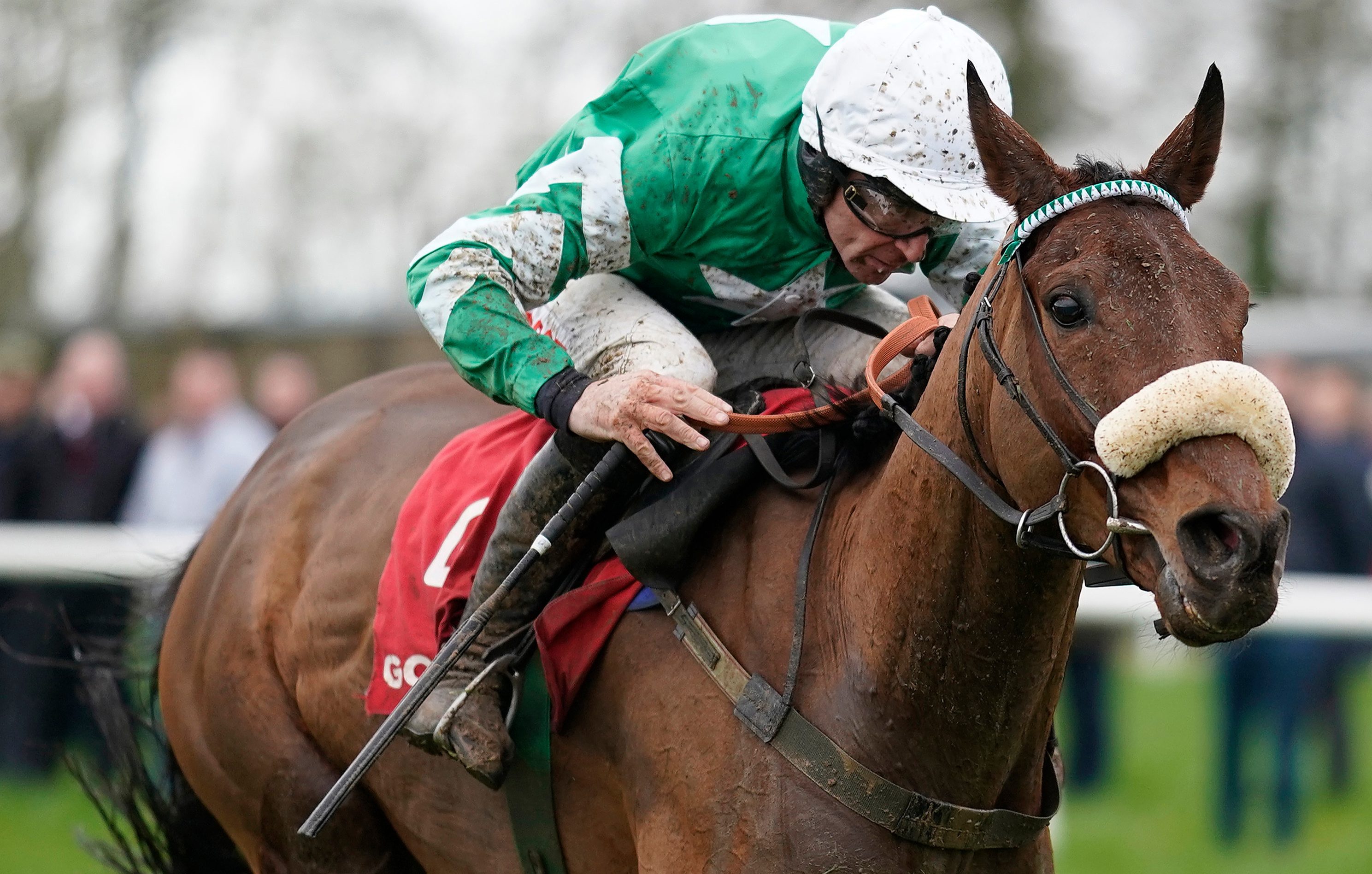 Always been highly regarded and began season with fine win at Tramore, where he had some smart ones in behind.

Definitely has a chance with further improvement in the offing.

Third in this last year which was a career-best by far.

Probably going to be outclassed even if returning to that level.

The chosen mount for stable jock Ruby Walsh and clearly has claims on his Irish Gold Cup win.

Always been a touch below top-class, though, and needs more to be a win contender.

"Bellshill put in a huge performance, I thought, the last day – and he's improving. Cheltenham hasn't been his luckiest place. Maybe this is the year that he's going to change that."

A different horse at Haydock and has always struggled in this race.

Would prefer a bit of ran and likely to produce something below his best back at this track.

King George hero has looked a reformed character this season and is the horse to beat on form.

This test may not suit quite as well but he has obvious claims.

"He is one of the favourites for the Gold Cup and he has had a great season this year. He ran very well in the Betfair Chase, and we knew he would improve enormously that day to Kempton.

"He won the King George very well and then he won well at Ascot well in the Denman Chase. Touch wood, everything has gone to plan since.

"From the day he won his first three-year-old hurdle, we knew he was going to be a proper chaser. Last year we couldn't train him the way we wanted him because he had babyish issues, which held us up all the time.

"Now we are where we want to be – and of all the horses in the Gold Cup, he is probably the improving youngster.

"Is he good enough to win a Gold Cup? Who knows. He is probably the best I've ever had him, but he will need to be."

Suffered shock defeat in prep for this which wasn't ideal.

Very unlikely to be good enough.

Finished second in the King George last year but even that form is below the standard required here.

Welsh National winner would have appreciated a bit more rain as may find himself getting outpaced.

Has chances if keeping with the principals and form of his last run as worked out well.

"Elegant Escape is improving and is a young horse going in the right direction. He is entitled to run as well.

"If he can hold his position at the top of the hill then we know he won't stop, because he will keep galloping all the way to the line."

Impressive winner of the Thyestes has more than earned his place in this line-up but his trainer thinks he'll need to find more.

Has claims at a big price.

Very progressive chaser who destroyed a classy field in the Savills Chase over Christmas.

Has a massive chance if he stays the extra distance.

"Kemboy is improving too. We didn't run him in the Irish Gold Cup. Maybe we should have done, but I felt he'd done enough at Christmas and we'd just get him ready for this race.

"It's a funny year. Lots of form has been turned upside down – and it's quite an open Gold Cup, I think. He goes there with a good chance."

Last year's King George winner has looked a shadow of his former self this term.

The lack of rain will help him but he needs a massive leap forward.

"We are happy, and the last bit has been great. We've done a few things with him.

"The King George was a disaster, as was the Betfair Chase, but to me that bears little relation to the Gold Cup.

"We think we are in better shape than we were- he is as good as we can get him we think. Soft ground is an issue."

Won this last year and has performed creditably in both starts this term.

Would have wanted softer ground but can go well again if getting easy lead.

"This race has been the plan all season – it is the first time he is going to get his perfect conditions, and he comes here in great nick.

"People keep telling me it is difficult for horses to win back-to-back Gold Cups, but there is nothing showing us at home to suggest this horse is any worse than last year – and he is going to get his conditions.

"Every Gold Cup is competitive, and Might Bite was certainly no pushover last year. I think this race is wide open, as far as Gold Cups go."

Favourite hasn't run over fences this season which is a massive concern.

Has all the talent in the world but needs to show he can mix it with the best.

"I don't understand the whole 'people's horse' thing, but he's a horse that goes out and gives you everything he's got. He puts it on the line every day he goes out, and I think people admire that.

"Pat is pleased with him, and it would of course be very special to win a Gold Cup on a number of levels.

"He's been favourite for the Gold Cup since he won the RSA last year, and it's very hard to put it out of your mind – particularly when you're on the run-up to a race as well.

"It's easier when he's in Pat's and I know he's being looked after and couldn't be in better hands. But when we're in the parade ring before a race, it's terrifying, to be honest.

"I expect it will be much the same."

Second to Clan Des Obeaux in the King George and has claims on that.

Might be a bit old now though and isn't the same horse he once was.

"I know Thistlecrack is 11, and he is not getting any younger, but he has not got loads of miles on the clock and on his day he is a fair horse.

"It is great to get him there after missing the race the last two seasons. He deserves to run in the Gold Cup."

Won the JLT last year and is an interesting outsider with her weight allowance.

Has a bit to find on this season's form but needs respect.