Unlike many of his fellow Bravolebrities who have dabbled in music, resident “Vanderpump Rules” showman Tom Sandoval can actually sing.

The 38-year-old put his pipes to use Sunday night while performing with his new nine-piece cover band, Tom Sandoval & the Most Extras, for a packed crowd at Hollywood’s Hotel Café.

There, Sandoval spoke exclusively with Page Six about his passion for singing — and his hope for a fair shot in the industry despite his reality TV notoriety.

“When I first started out on ‘Vanderpump Rules,’ I thought I might have ruined my chances of getting into music or even acting,” he said.

“I thought, ‘People aren’t going to take you seriously, you’re just a reality person.’ But what I have found is that the show has honestly been an amazing platform to do really anything. Music is something I’ve always loved and have always come back to like a mistress” 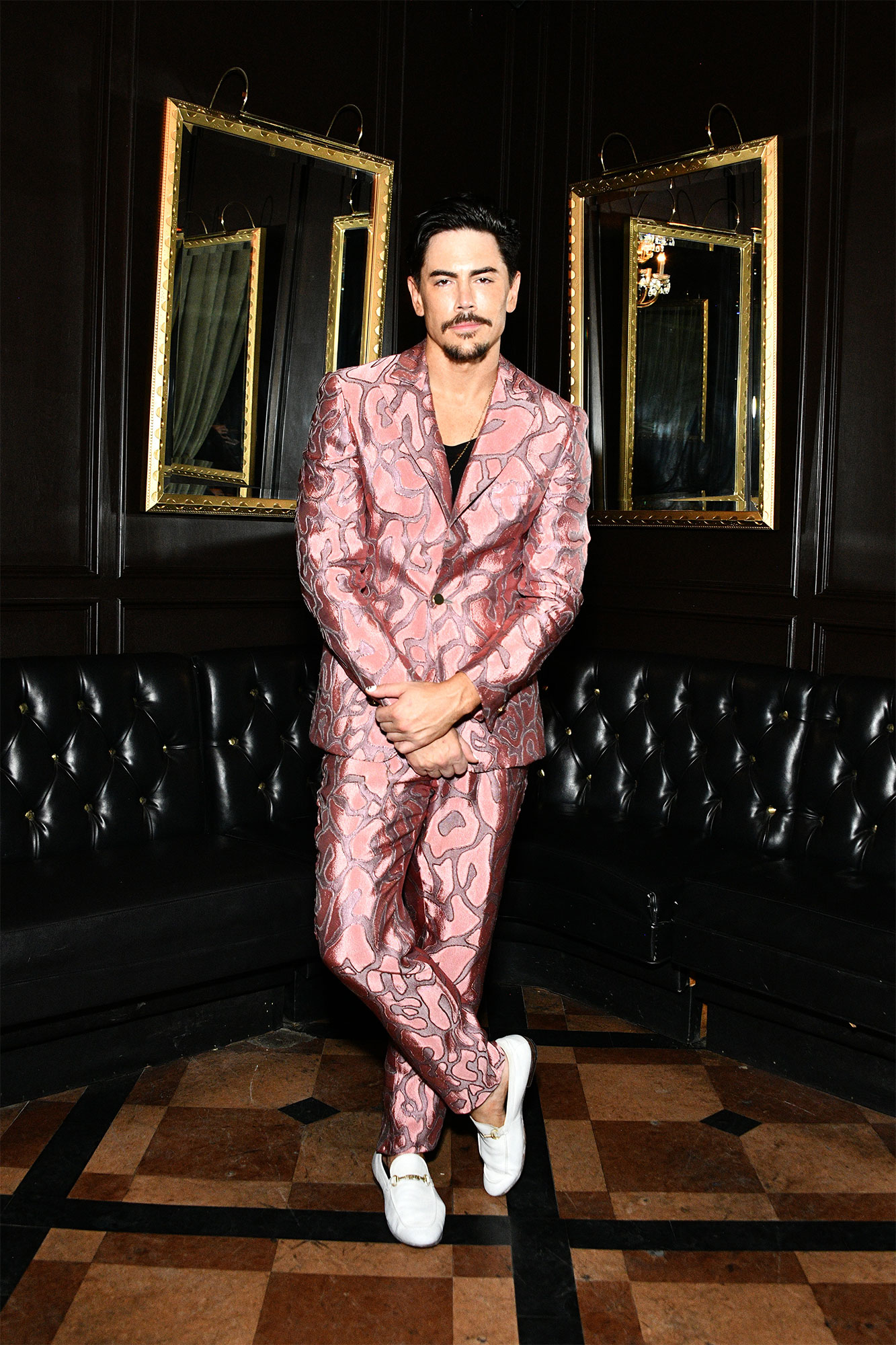 Sandoval — who has opened a bar, co-authored a book and launched a whiskey brand, among other accomplishments, since making his “Pump Rules” debut in 2013 — added, “That reality TV stigma, in my opinion, is so outdated. I feel confident now in what we’re doing as a band. I’m ready to be taken seriously.”

The Most Extras marks the TV personality’s fourth band. Though fans have seen some of Sandoval’s musical pursuits play out on Bravo — who can forget his iconic 2015 single “Touch in Public” with Charles McMansion? — his latest project feels “more authentic than anything I’ve ever done,” he said, as it allows him to indulge in his penchant for all things retro.

“Everybody benefits from a band like ours,” he said. “People are going to come, they’re going to be able to jam out and they know the words to these songs. They’ve been listening to them for years and years. It’s fun in that way. People don’t have to get to know your music, which takes off a bit of the pressure I’ve felt in my other bands.”

Sandoval treated concertgoers to an eclectic 20-song setlist with hits spanning several decades. The entertainer, who consistently works with a vocal coach to perfect his craft, told us that he was most excited to belt out lively renditions of George Michael’s “Freedom,” Deee-Lite’s “Groove Is in the Heart,” Death Cab for Cutie’s “I Will Possess Your Heart” and DNCE’s “Cake by the Ocean.”

Though he felt “a bit nervous”  before hitting the stage, Sandoval said he felt better knowing that his longtime love Ariana Madix and more “Pump Rules” names — including bestie/business partner Tom Schwartz, Billie Lee, Jesse Montana, Raquel Leviss and James Kennedy, who served as the pre-show DJ — would be in the audience. 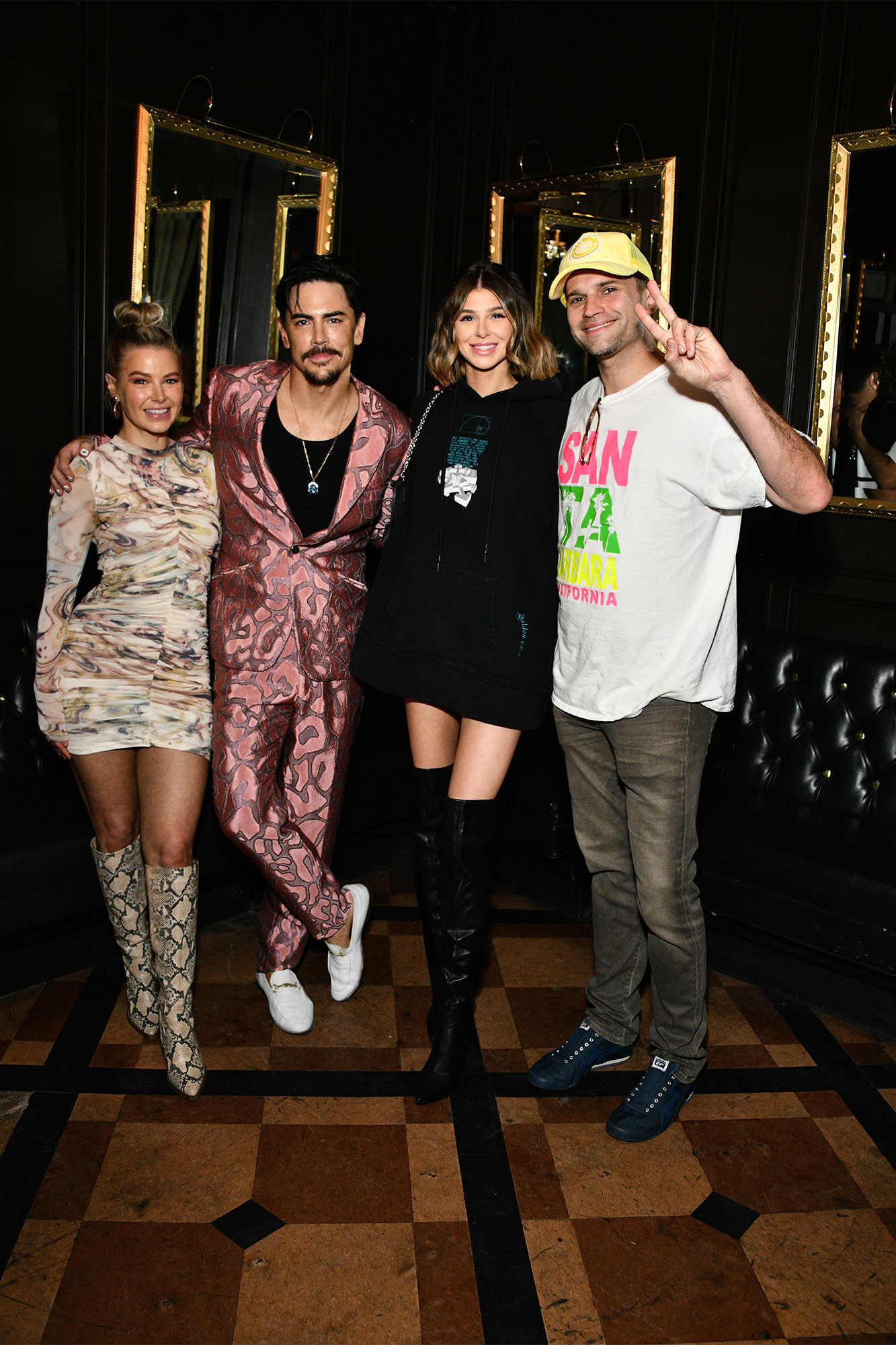 “It feels great to have everyone’s support tonight,” Sandoval said of his famous pals. “I love that everyone, especially Ariana, gets to experience this moment with me.”

Madix, 36, told Page Six that she was “incredibly proud” of her partner. “This is Tom’s first time performing as the lead singer of a project that he’s done,” she said. “I’m very excited for him. The type of fun Tom exudes onstage is contagious. But it’s not just about him — there are so many other talented people in his band.”

Next up for the band is a Jan. 15 performance at the Canyon Club in Los Angeles’ Agoura Hills enclave and the potential release of a full-length album of covers. 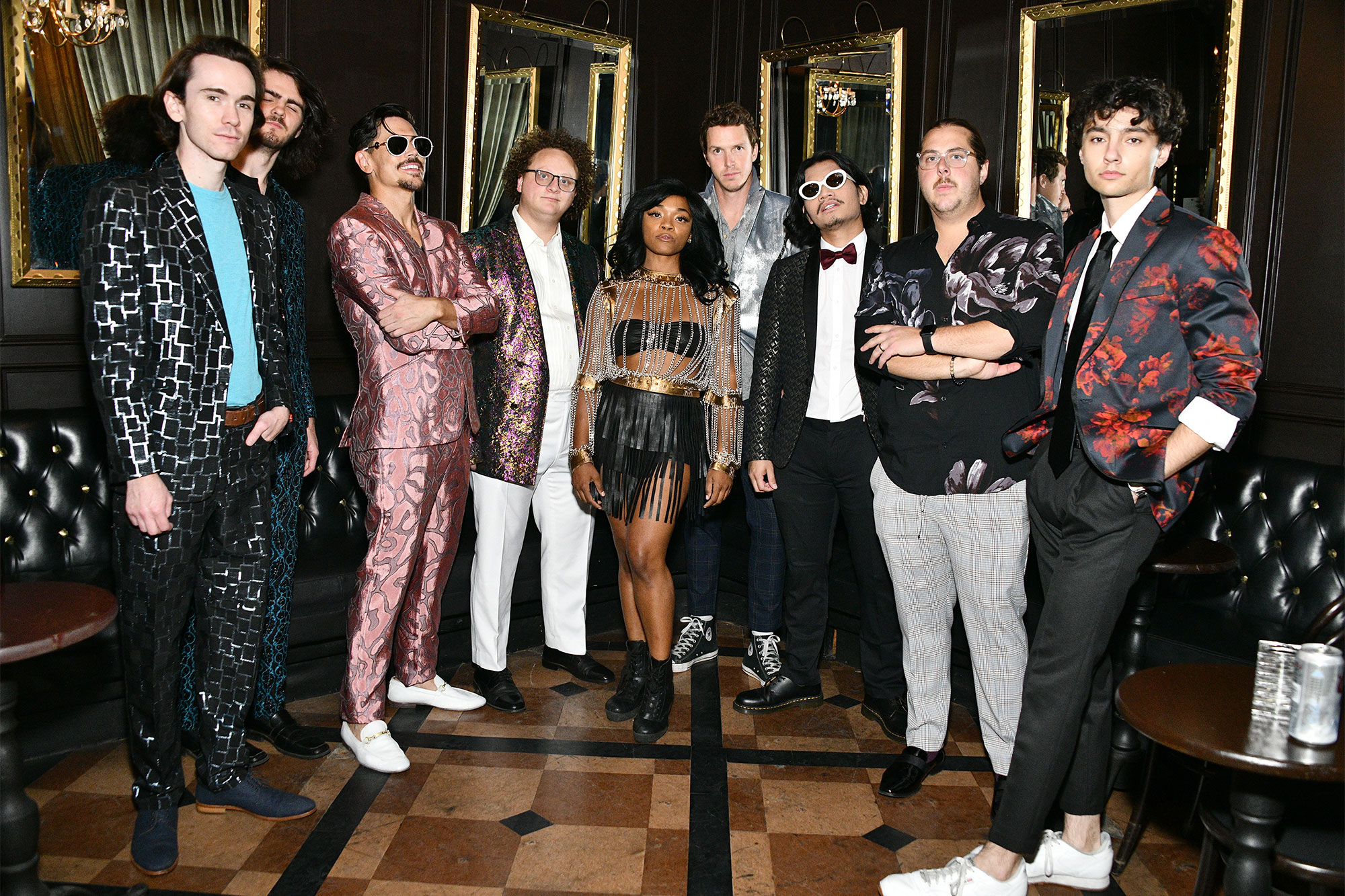 Dedicated reality TV connoisseurs will recall a blink-and-you’ll-miss-it scene from 2006’s Season 1 of MTV’s “The Hills,” during which Sandoval expressed his desire for success in the music industry to an equally ingenuous Lauren Conrad and Whitney Port in the middle of male model casting for Teen Vogue.

Asked what his younger self might think of his recent feats, the persistent star replied earnestly, “It’s crazy. I never gave up, but I don’t know if that kid would have believed we would eventually get here with the music. It’s a full-circle moment, for sure.”