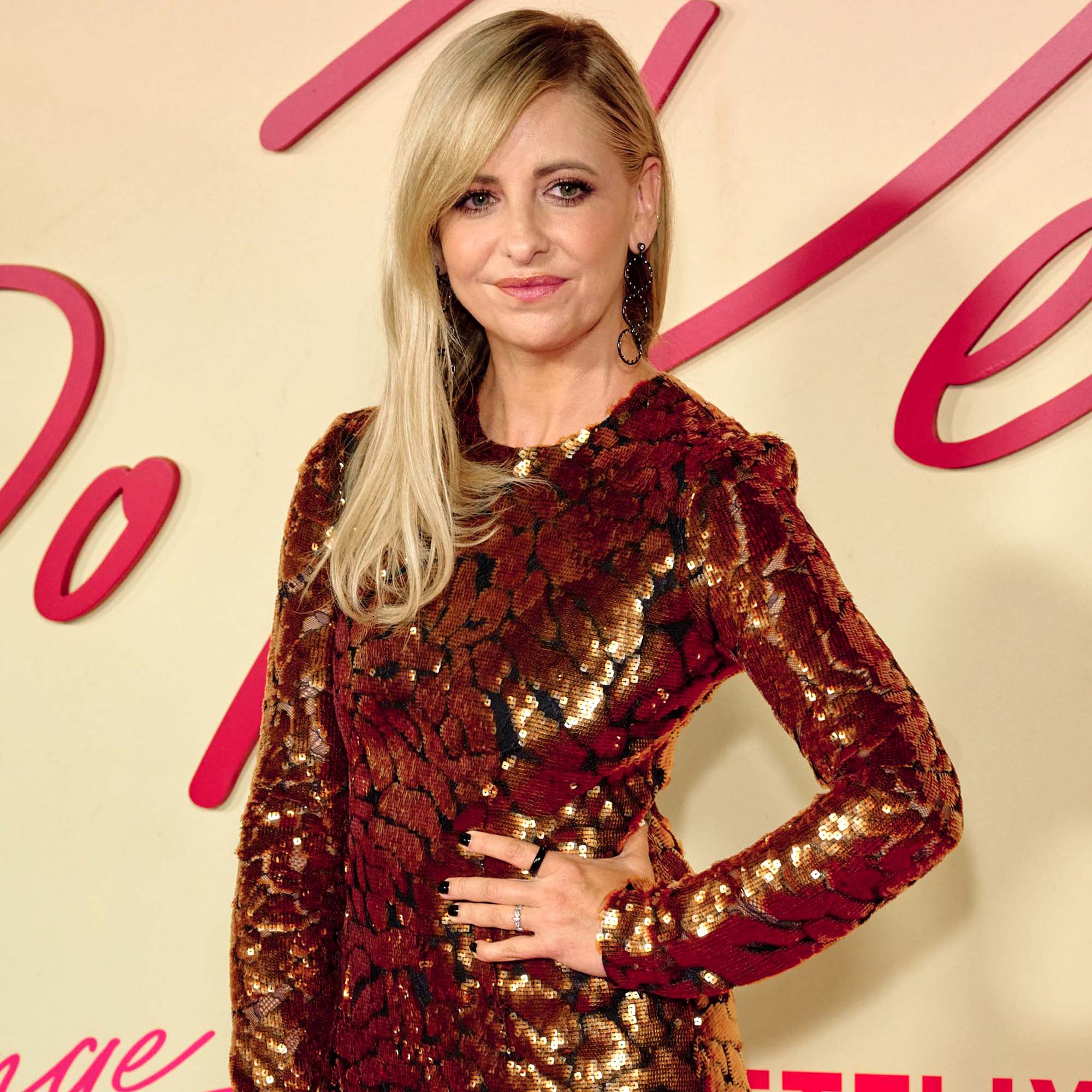 A family affair! Sarah Michelle Gellar attended the premiere of her new movie Do Revenge on Wednesday, September 14 — and brought daughter Charlotte along for the ride.

The Buffy the Vampire Slayer alum, 44, and Charlotte, 12 — whom Gellar shares with husband Freddie Prinze Jr. – stepped out for a mommy-daughter date night at the Hollywood Roosevelt to celebrate the new satirical comedy, which debuts on Netflix on Friday, September 16.

Both ladies dressed to impress, with Gellar rocking a shiny bronze mini dress and heels. Charlotte, for her part, leaned into the Barbie core trend by donning a hot pink suit paired with matching eyeshadow. The preteen slicked her hair back in a chic bun and kept comfort a priority with a pair of fresh white sneakers.

Do Revenge, which Jennifer Kaytin Robinson directs, also stars Maya Hawke and Camila Mendes as two teens who are looking to find a way to get back at the bullies who torment them. The movie was inspired by Alfred Hitchcock’s Strangers on a Train and also features Sophie Turner, Austin Abrams, Johnathan Daviss and more young Hollywood stars. Gellar, meanwhile, portrays Kathryn Merteuil, the headmaster at the girls’ prep school.

The Cruel Intentions star opened up to Entertainment Tonight about her role — which was kept under wraps until the day of the premiere — calling it “delicious.”

“I think I felt the nostalgia, but I think I also felt the excitement of sort of the reincarnation of these kinds of movies because you never grow out of these,” she gushed on Wednesday. 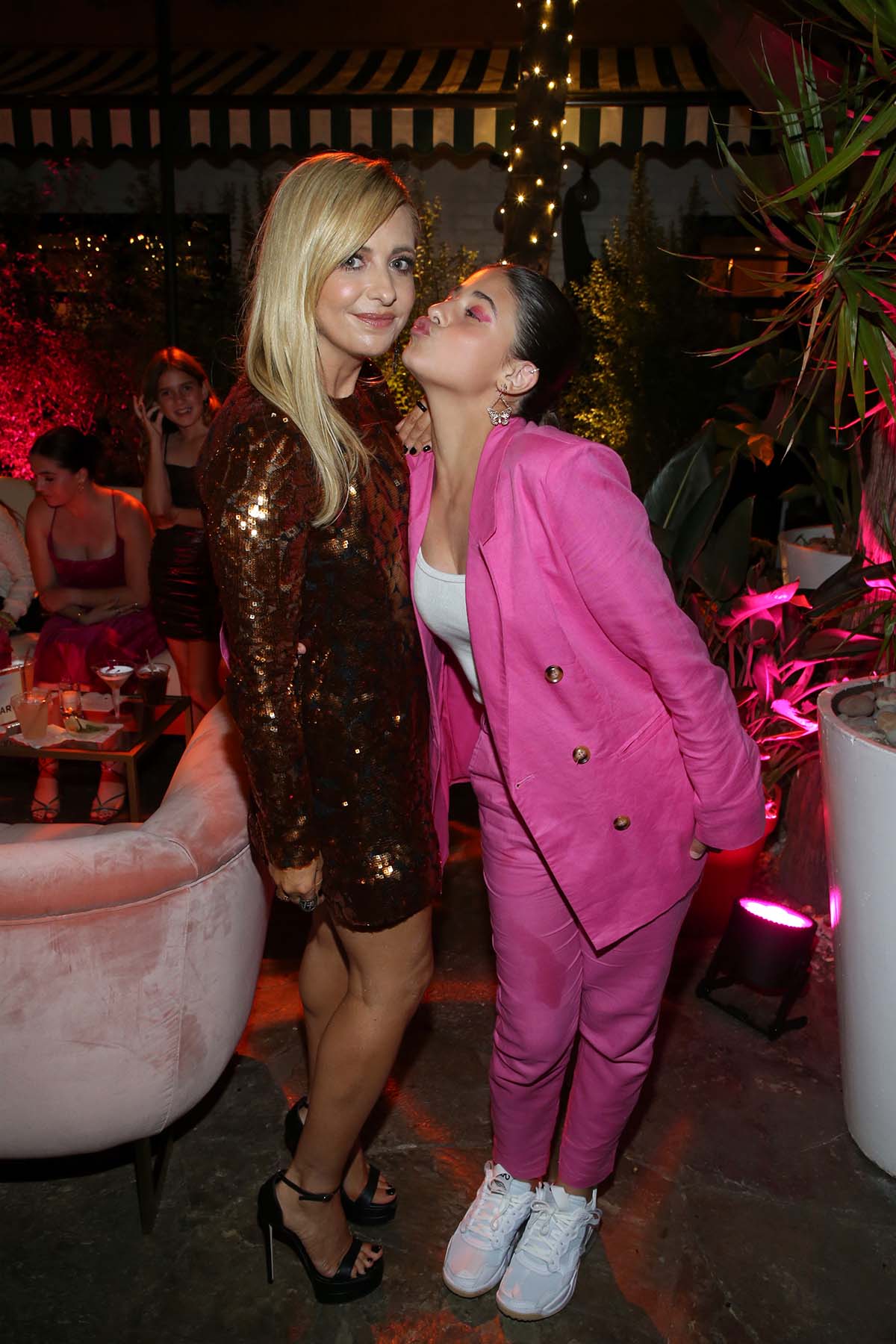 Among the sweet snaps was a screenshot of the She’s All That star during a 2001 interview on The Howard Stern Show, where the radio host, now 68, bet Prinze $1 million that his relationship with Gellar wasn’t meant to be.

“So, you will marry Sarah Michelle Gellar even though you know it won’t last?” the New York native goaded the Summer Catch star more than two decades ago. Prinze replied, “Oh, absolutely it will last.”

“@Sternshow, what do you think?” Gellar captioned her Instagram Story earlier this month. “I think you owe us.”

‘I Know What You Did Last Summer’ Cast: Where Are They Now?

The Scooby-Doo costars, who tied the knot in September 2002, have exceeded Stern’s expectations by 10 years. In February 2020, Prinze opened up about how the twosome fell in love while shooting I Know What You Did Last Summer in 1997.

The California native joked that he also started cooking for Gellar because he thought “she was too skinny.”

“We started this weekly barbecue thing at her house, and me and my cousins would come over and cook food for her and her friends. And then we’d make sure everybody ate, and that was kind of how our friendship began,” he revealed to Us.

Hottest Couples Who Fell in Love on Set

Gellar, for her part, shared her secret to a healthy and happy marriage in September 2019.