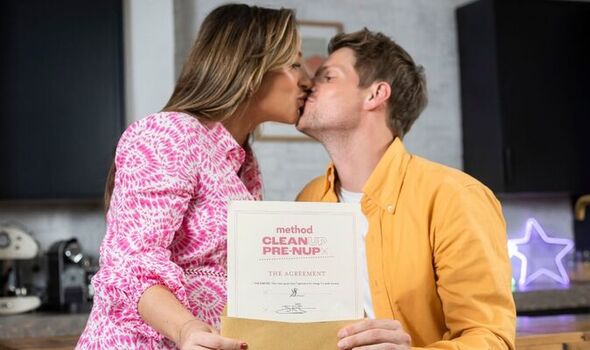 Other quarrels to feature in the top 30 list include not dusting properly, leaving crumbs in the bed, and whose turn it is to clean the floor.

How much time they spend on their phone, leaving trays to soak for ages before washing them up, and not taking the bins out, also appear among the top rows.

But the study, commissioned by method, found they aren’t always minor disagreements – with 59 percent admitting domestic disputes can lead to the complete breakdown of the relationship.

And two in five (39 percent) believe the bulk of their quarrels arise from a cleaning or household chore disagreement – with 13 percent getting into a spat about this on a daily basis.

It also emerged gender stereotypes are far from a thing of the past, as more than half of women (54 percent) believe they are still doing the lion’s share of the housework.

A spokesman for the cleaning brand said: “We’re on a mission to challenge cleaning stereotypes and make the world a more fun, fabulous, and inclusive place.

“It’s shocking that in 2022 we’re still seeing such disparities in the way cleaning and housework are shared.”

To help ease the arguments, and mark the launch of its new multi-surface concentrated cleaner, method has worked with legal service, Lawrence Stephens, to launch the “Clean Up Pre-nup”.

Made in Chelsea’s Maeva D’Ascanio and James Taylor have signed the first agreement, officiated by barrister and broadcaster Rob Rinder. 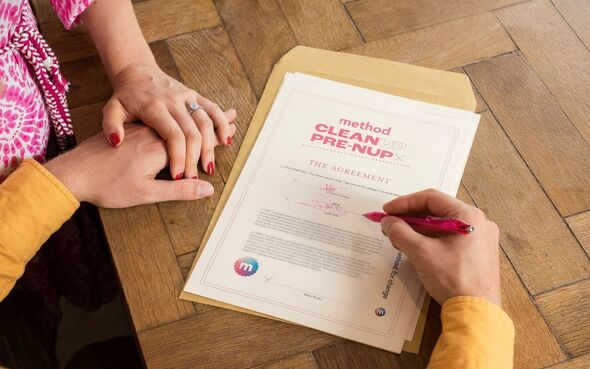 Raphaela Kohs, solicitor at Lawrence Stephens, said: “While cleaning and housework may appear like trivial things to argue about on the surface, they represent something much bigger – inequality.

“The simplest way to solve issues and avoid conflict arising is by addressing these issues when you begin cohabiting, and by fairly and transparently divvying out domestic duties.”

The study also found 45 percent of women cohabiting with a male partner said household tasks are “disproportionately split” – compared to just a third of men (34 percent) who said the same.

And 39 percent of the females who claim this imbalance increased during the pandemic, said it hasn’t rebalanced since adapting to post-lockdown life.

But it’s not just heterosexual pairs experiencing domestic disruption – as 41 percent of same-sex cohabiting couples said there’s a notable imbalance in how their housework is split, too.

It also emerged half of those polled (49 percent) said their partner expects praise or thanks when they finally manage to complete a task.

And 17 percent of partners believe they’re offering a helping hand, while 26 percent think they’re doing the other a “favour”. 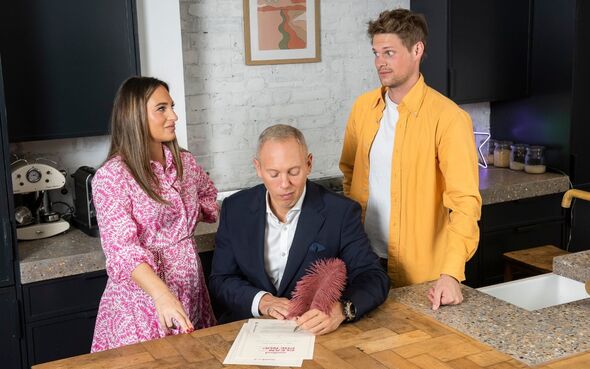 A third of couples say the situation is so extreme, they may even have reconsidered moving in together had they known how the housework would be divided.

But while 24 percent are frustrated by the inequality of household chores, it’s not necessarily because they don’t enjoy cleaning.

More than four in ten (41 percent) said it has a positive impact on their mental health, while 42 percent enjoy it as a form of exercise, and one in ten (11 percent) see it as a type of meditation.

The research, conducted via OnePoll, found that 41 percent get frustrated by the split of household tasks as it becomes a matter of “fairness”.

method’s spokesman added: “Our “Clean Up Pre-nup” hopes to challenge these traditional gender stereotypes whilst also alleviating chore wars, so that households – no matter what their make-up – can live together in bliss, and find the joy in keeping their home looking and smelling amazing.

And Jemima Olchawski, CEO of gender equality charity, the Fawcett Society, said: “We need to shake up and challenge gender norms that see women left responsible for household work – that means more men taking on their fair share.

“Whether in the workplace or at home, women carry the burden of unpaid domestic labour – and this has a significant impact on achieving gender equality.

“A re-balancing of household chores and care would unlock the potential of thousands of women.”