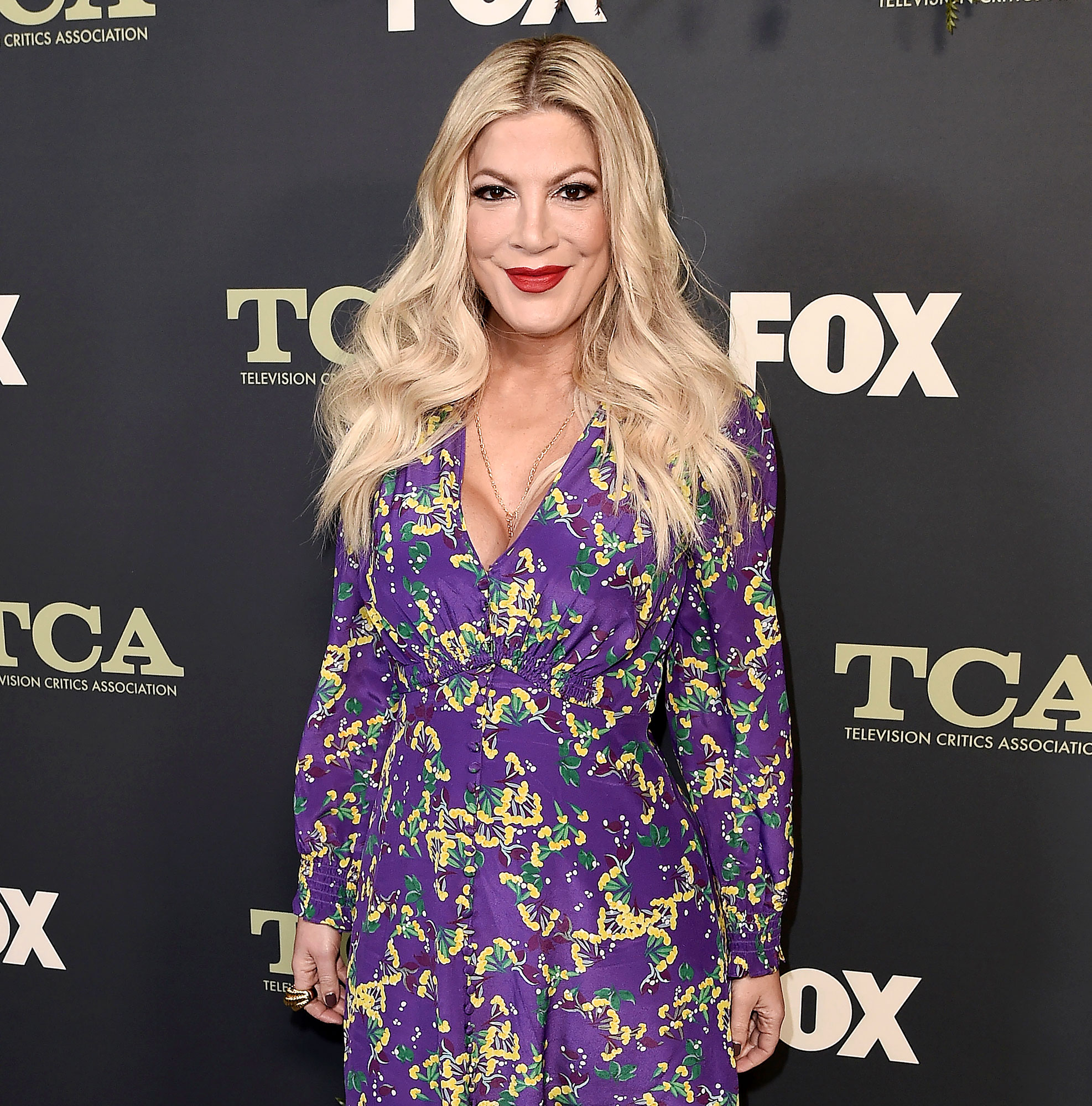 Prioritizing herself! After previously discussing plans to update her breast implants, Tori Spelling is offering fans a glimpse at the process.

Celebs Who’ve Had Their Breast Implants Removed — and Why

“After needing to for many years I’m finally addressing my expired and recalled implants,” Spelling, 48, captioned a photo of plastic boobs in a jar at her doctor’s office via her Instagram Story on Thursday, November 18. “Thanks for squeezing me in @drjplasticsurgery. Great consult! I adore you already …”

The Beverly Hills, 90210 alum revealed that her implants had “expired” during an episode of the “Whine Down with Jana Kramer” one month prior.

“See, no one told me when I got mine done that, in 10 years, you would have to get them redone,” she said in October.

Spelling’s health update comes amid rumors that she had split from her husband, Dean McDermott, earlier this year. The duo made headlines in June when the Mother, May I Sleep with Danger? star got honest about how she is no longer sleeping in the same bed as McDermott, 55.

“Right now, my kids and dogs sleep in my bed,” Spelling, who married the Slasher alum in 2006, told Jeff Lewis during an appearance on his radio show.

The former Masked Singer contestant explained that the shift happened due to McDermott’s busy work schedule.

“Since he left — this is not good, you guys — but since he left [and] he was gone for six months filming in another country, they all stayed with me,” Spelling explained, referring to the children she shares with her husband. “So I currently still have four in the bedroom with me who have yet to go back to their rooms, yes.” 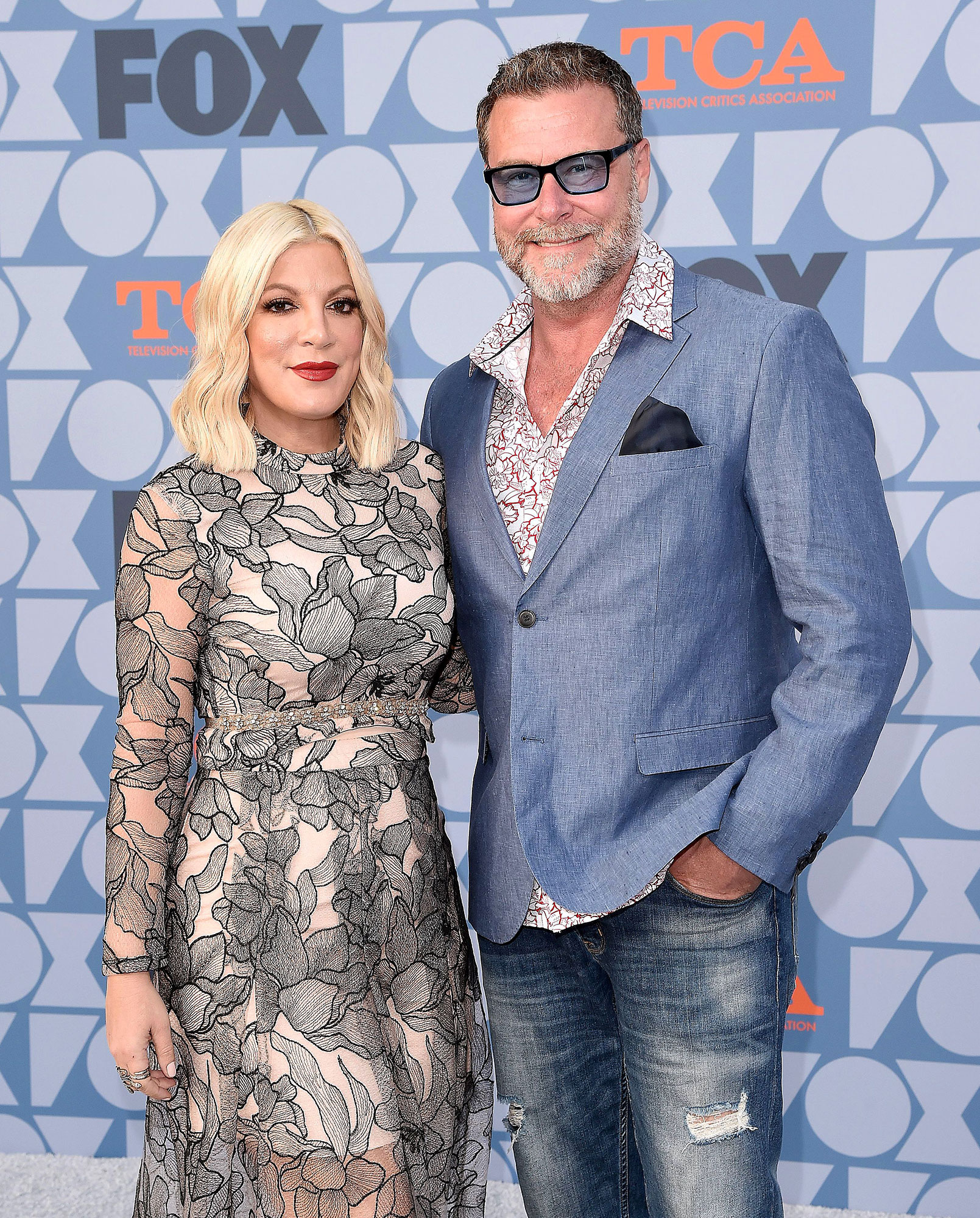 Three months later, McDermott, who shares Liam, 14, Stella, 13, Hattie, 10, Finn, 9, and Beau, 4, with Spelling, noted that he makes an effort not to comment on the status of their relationship.

“I don’t reply, you know, anymore,” the Canada native said during a September episode of the “Feminine Warrior” podcast. “It’s just like, ‘OK, if that’s what you want to think, then think it.’”

McDermott also addressed the fact that the pair have been spotted not wearing their wedding rings, saying, “It’s just weird that people need to know. ‘What’s going on with Tori and Dean? She’s not wearing her ring.’ Why do you need to know that? How is that going to affect your day?”

The Due South alum clarified that he sometimes finds himself accidentally not wearing his ring.

“I had a silicone utility ring that I took off when I was playing golf, and I put it in my pocket,” he explained at the time. “And when I take my glove out, it fell out on the golf course. So, I lost my utility ring and then somebody saw that. ‘He doesn’t have his ring.’ So, now, everybody’s in a titter, so I’m like, ‘Forget it, I’m not going to replace it. Just let them think it.’”

The following month, a source exclusively told Us Weekly that a recent “fight” added tension for the twosome. According to the insider, Spelling “wants a divorce, but she feels trapped right now.”

A second source detailed how Spelling and McDermott are “not in a healthy place” at this point in their marriage.

“It’s gotten really bad and those close to them feel it won’t last much longer,” the insider said earlier this month, adding that the couple “can’t stand to be around each other” lately. “There’s a lot of tension built up.”