The bad bedroom habits putting YOUR partner off: Tracey Cox reveals the 10 biggest passion killers from being overly loud to changing positions too often (so, how many are you guilty of?)

You’re back from a great night out, you’re kissing passionately and everything’s heating up nicely. Then, just when you’re looking forward to some damn good sex, it’s like someone just poured a bucket of water over the bed.

Whether it’s the kids being delivered back early by worn out grandparents, your Mum calling to get advice on how to stream or heavy metal suddenly blasting out from Alexa when you’d asked for chill, there are many reasons why hot desire suddenly runs cold.

Here’s the top 10 most common mood killers, guaranteed to stop even the most committed lovers. 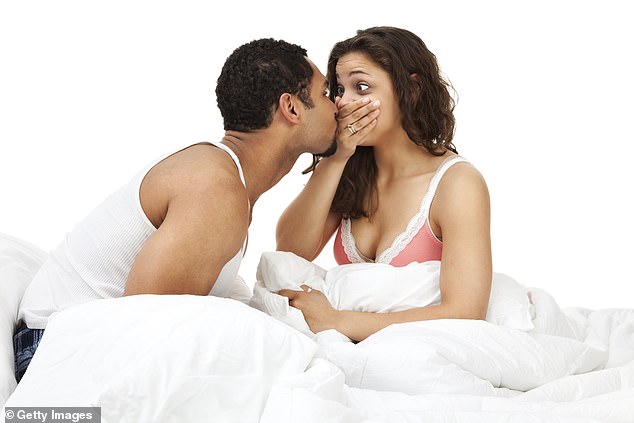 Tracey Cox reveals the top 10 most common mood killers, as it’s revealed some are guaranteed to stop even the most committed lovers (file image)

A lover who makes sure they get everything they need to orgasm but makes zero effort to ensure you do, tops the list of mood killing turn-offs for women.

Does he expect you to have sex whenever he feels like it? Get annoyed if you ask for more foreplay? Rarely or never gives you oral sex but expects you to do it to him?

He ticks the selfish box alright!

Equally as off-putting are lovers who go to the other extreme, asking ‘Have you had an orgasm yet?’ every few minutes.

Some people don’t like sex when their partner has just showered because the natural, musky scent our bodies give off when aroused is muted.

But no-one wants to encounter bad body odour wafting from their lover’s armpits or breath like a dragon. Performing oral sex on someone who hasn’t got clean genitals is enough to put you off for life!

And, yes, breaking wind is sometimes unavoidable during sex but deliberately doing it is a completely different story.

Guys, I’m talking to you! We will NEVER find it funny. Ever. 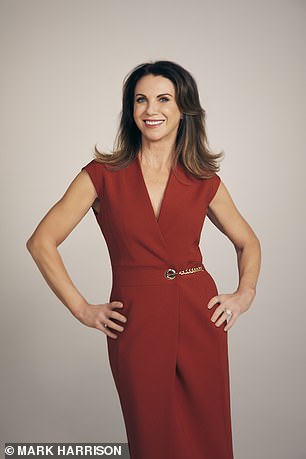 It’s only when we’re aroused that the blood rushes to the genitals, causing our vagina to expand and lubricate, making penetrative sex comfortable.

Rushing us to (your) finish line – intercourse – before we’re ready makes it even less likely we’ll orgasm and highly likely we’ll experience pain not pleasure.

Women aren’t the only ones who like foreplay: the longer the session, the more intense orgasms tend to be for people of all genders and sexuality.

Equally as off-putting is having to have sex over and done with, within a certain period of time.

Sure, it can be a turn on sneaking a quickie when your visiting in-laws go off to the corner shop. But most of us don’t enjoy being forced to have sex with one eye on the clock. Besides, suggesting you have sex ten minutes before the kids are due home or the dinner is ready sends a strong signal to your partner – I want this over and done with as quickly as possible.

A study in the Journal of Sexual Medicine found it takes heterosexual women exactly 13.46 minutes of sexual activity to reach orgasm. How can they be so specific?

Because researchers followed 645 women over the course of eight weeks and asked them to use a stopwatch to measure how long it took to go from the start of sexual activity to having an orgasm.

You need at least this long to increase her chances of orgasm; putting pressure on anybody to orgasm within a certain period of time guarantees it won’t happen at all for many.

The moment that killed the mood

Here’s what men and women said when I asked them to tell me their best mood killer stories.

‘My wife’s mother walked in, just as I was about to come. Have you ever tried to stop an orgasm once it’s started, as a man? It’s impossible. I was utterly humiliated.’

‘He suggested we change positions then said, ‘Actually, let’s stay as we are. I don’t think I’d be able to hold your weight the other way’. Being told you’re fat while someone is actually having sex with you is pretty degrading, let me tell you.’

‘My wife suddenly pushed me off her and vomited over the side of the bed. She spent most of the night locked in the bathroom with the worst food poisoning I’ve ever seen.’

‘His bedroom was so cold, I had to ask him to stop. He refused to get under the duvet or shut the window, so I refused to have sex. The relationship went no further.’

‘I actually had a guy fall asleep while giving me oral sex. In fairness, we had been drinking loads but I seriously couldn’t believe it when everything stopped and I heard snoring.’

‘Nothing like being called by the wrong name to kill the moment! Right at the point of orgasm, my new girlfriend screamed out the name of her ex. She was more mortified than I was and we laugh about it now but it was very awkward at the time.’

‘We’d only been going out for a matter of weeks and started ripping our clothes off the minute we were inside his flat. He had his jeans around his knees and tried to pick me up to have sex against the wall. Instead, he fell over, pulling me down with him. I knocked my head hard against the corner of a table and cut it open. I ended up in A & E with possible concussion, getting stitches.’

‘She started crying in the middle of us having sex, saying it was making her miss her ex. It was the first time she’d had sex since breaking up with him. I understood but I really liked her and it didn’t make me feel particularly great!’

‘I was giving him oral sex when he said, ‘Do you know, my ex used to do it differently and I really liked it, do you mind if I show you how she did it?’. Actually, yes I do! Why couldn’t he just say, ‘I like it better like this’?’

‘Nothing puts me off more than when my partner suggests having sex when the dishes are piled high in the sink and I know he has no intention of helping me with them once we’re done.’

Eyeing off their phone

You’re in the moment, enjoying some rather good sex, but when you open your eyes to look at your partner, you catch them straining to read a text that just came in.

One in 10 people check their phone during sex, according to a study of 1000 people. Among that 10 per cent, 43 per cent are repeat offenders.

Millennials are the likeliest to phone check, with people in the 18-34 age group twice as likely to do it during sex than those aged 35 to 51.

Phone addiction causes extreme conflict in relationships but choosing your phone over having sex with your partner is a very special kind of low.

Talking: too much or too dirty

One in five people have ended a sex session because their partner’s ‘dirty talk’ turned them off.

Talking dirty is always a risk, especially with someone you don’t know very well. If it’s too explicit, crude or inappropriate, it easily backfires, making lovers feel uncomfortable instead of excited.

But talk doesn’t have to be rude to ruin the session: having a partner start chatting about topics that are completely unrelated to sex and what you’re doing is also up there.

It happens – one minute you’re having hot sex, the next your partner’s asking whether he can invite his Mum for Sunday lunch.

Her looking visibly disappointed when she sees his penis or erection. Him saying ‘Wow! That bra really did you a favour, didn’t it?’ when you take it off. Anyone saying ‘Someone’s been tucking into the biscuits during lockdown, haven’t they?’ as they look pointedly at your tummy.

Of all the things people can do to put you off sex and crush your confidence, making mean comments about your body, bits or performance is probably the worst.

Granted, a partner who doesn’t make any response at all isn’t fabulous. But someone who moans and groans so loudly you’re worried the people three doors up can hear, is both embarrassing and off-putting.

Having the neighbours bang on the wall to tell you to keep it down not only disrupts the session, it makes for some mighty uncomfortable moments in the lift.

It also seems a bit, well, disingenuous. Are they really enjoying it THAT much?

How impressive am I to know all these different positions! How good do my biceps look as I’m holding you up like this! I bet no-one else you’ve slept with has changed positions five times in one session before!

No, they haven’t – because most people realise it’s intensely annoying.

Some positions make it easy to move seamlessly from one to another and, if the mood calls for it, this can work wonderfully well. Being thrown around the bedroom just for the sake of it not only destroys the mood, it makes it impossible to build desire and arousal.

One or two changes, fine. If you’re thinking of a third, ask yourself why.

Having pets in the room

Is there anything more unnerving than looking down to see a dog or cat sitting at the edge of the bed, eyes fixed steadfastly on the action (or worse, your face)?

SexTok, Tracey’s new podcast, is out every Tuesday. Listen and ask a question here. You’ll find Tracey’s products and more information about sex at traceycox.com.