Twitter users have shared hilarious stories of ‘brass necked’ former friends who have gotten in touch to ask for favours following years of absence.

The thread was kickstarted by British journalist Sali Hughes, 43, who told of cheeky acquaintances who ‘suddenly pop up and ask for a promotional favour’ despite failing to get in touch for major milestones like births and deaths.

The candid post struck a chord with her followers, who were quick to share some of their best examples.

Among them was presenter and former pop star Myleene Klass, 40, who shared her pet peeve is distant connections requesting a ‘video message’ for a loved ones birthday. 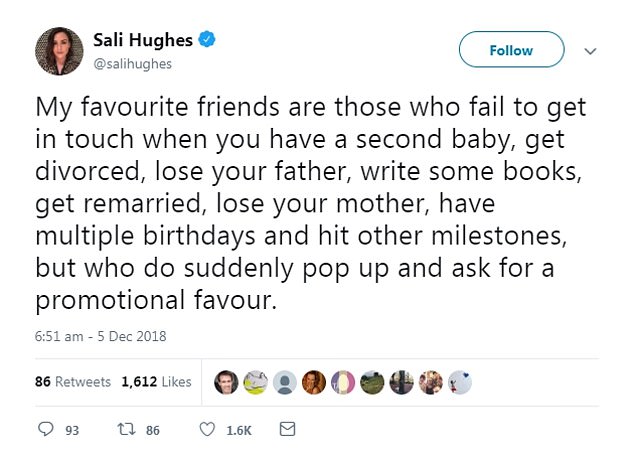 British journalist Sali Hughes, 43, kickstarted a hilarious Twitter thread by sharing a story about former friends who get in touch asking for a favour after years of absence

Others shared outlandish tales of former friends and co-workers who contacted them in the hope of securing some quick cash.

One tweeted: ‘Radio silence from a former colleague for over a year who then got in touch with me at 6pm on Valentine’s Day for a £200 loan so he could afford to take his wife out.’

The candid post struck a chord with her followers, who were quick to share some of their best examples. Among them was presenter Myleene Klass who is asked to record video messages

Another added: ‘After my grandmother died a friend started getting in touch regularly, which I thought was really nice and kind until she eventually got round to asking if my dad (who she didn’t know at all) would give her some of his inheritance to help her start a yoga school.’

Other followers who have achieved great success in their chosen fields shared stories of those who suddenly wanted to exploit their connections.

‘Following divorce, breakdown and death(s) in the past two years I only get contacted when they want charity sponsorship or guest passes for gigs,’ one shared, adding: ‘They’re at the top of my Christmas card list.’

The outlandish stories continued to be shared, with everyone from doctors to publishers falling victim to opportunistic former friends

Interior designer Heather Jenkinson, based in London, tweeted: ‘I’ve been invited to travel across London “for a drink” whilst a new friend and his wife run their ideas for their “exciting first home” by me.

‘I politely declined and recommended an architect in their local area. Was unfriended on FB the same day. Amazing.’

One Twitter user named Nancy shared her very straightforward approach to dealing with such requests.

‘Once the FB message pops up “Hiiii how have you been!?” I always respond “How may I help you?” because I’m an irritable a**s,’ she wrote. ‘And both of us don’t need to be false.’ 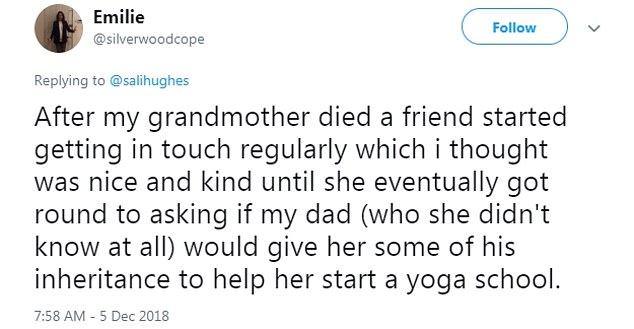 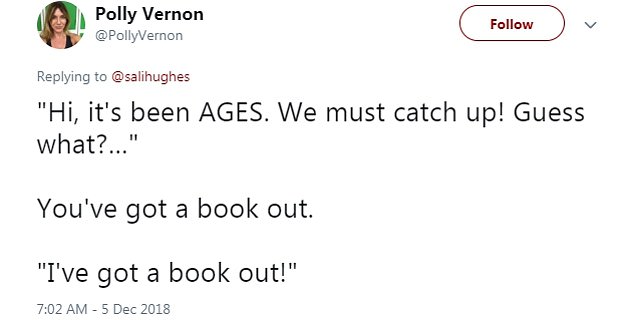 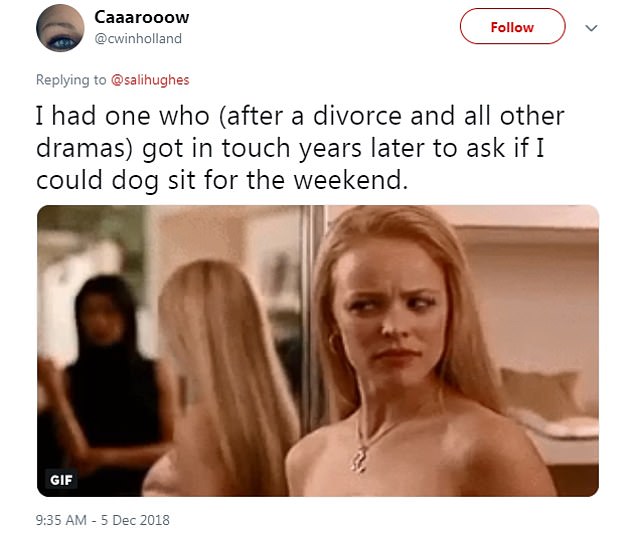