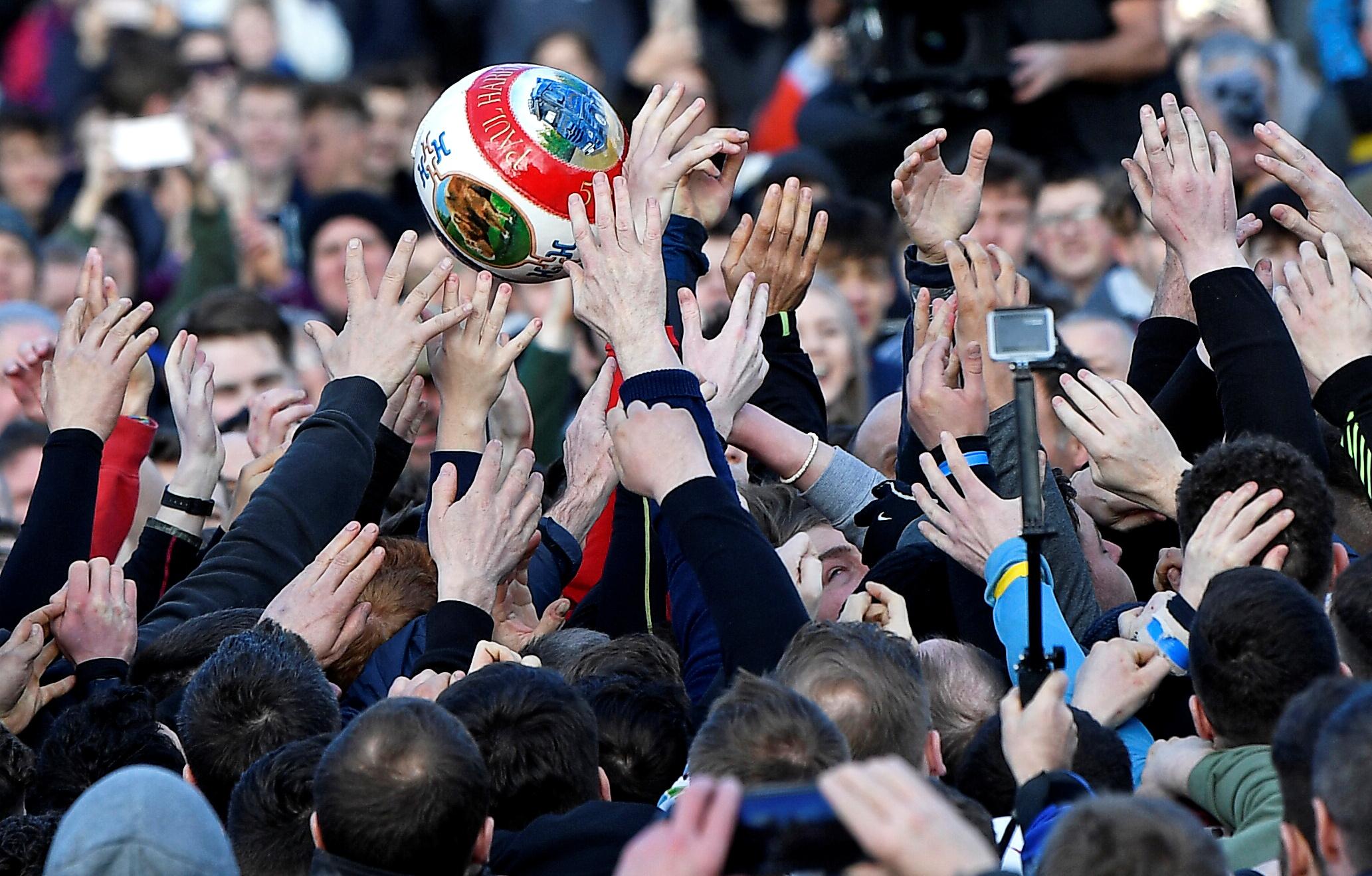 LONDON (Reuters) – Hundreds of people descended on the town of Ashbourne in central England on Tuesday to play a traditional football game in which the rules are hazy and the goals three miles apart.

The Royal Shrovetide Football Match involves teams called the Up’ards and the Down’ards, who battle to try and tap the ball three times on stone plinths that act as goals.

Well aware of the passions involved, local shops close early and board up as if preparing for a riot.

Due to the large numbers taking part, there is little kicking of the ball with players instead tending to carry the ball across the boundary-free pitch.

The match is played from 2 to 10 p.m. on both Shrove Tuesday and the following day, Ash Wednesday, but goals are rare because of the size of the pitch, with last year’s match finishing 1-1.

The centuries-old event in Derbyshire gained its “royal” title when the future Edward VIII started the game in 1928 by throwing up the ball in traditional fashion, an act since repeated by present heir to the throne Prince Charles in 2003.