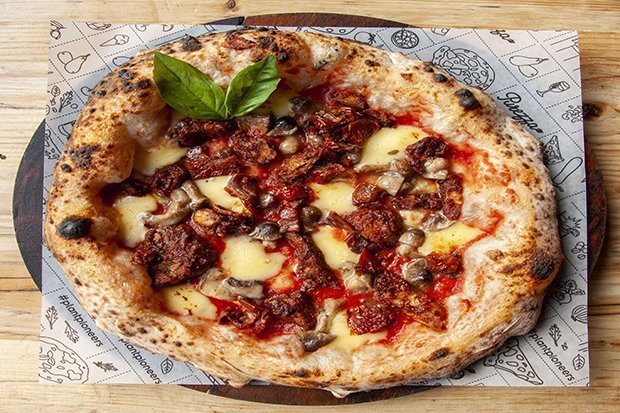 For a long time, there were a few things you truly had to sacrifice if you wanted to adopt a vegan lifestyle.

And good pizza, at least with cheese on top, was certainly one of them.

But things are changing fast in the vegan market, and the proof is in the… pizza.

But the vegan entry didn’t win out in a vegan only category, they entered their concoction in the “Classic Pizza” contest.

And despite going up against meaty and cheesy competitors, the vegan entry impressed the judges enough to award it a top prize.

It also featured two different cheeses–Purezza’s own signature vegan cheese, dubbed Mozzarella 2.0, which acts and tastes just like dairy mozzarella but is allergen-free and contains half the fat, and a fermented cashew cheese with sun-dried cruschi peppers.

Purezza’s head chef, Filippo Rosato, who cooked for the judges said “The Campionato Mondiale Della Pizza is the gold standard of awards for pizzerias and pizza chefs around the world.

“It’s the competition that every pizzaiolo aspires to compete in.

“To even be there as the first vegan pizzeria was an incredible experience, but to have come away with one of the awards for the Pizza Classica category is more than I could ever have hoped for, and shows that vegan pizza isn’t just possible–it’s the future.”

Purezza has been operating in Brighton since November 2015, and opened a London branch in March 2018.

The Restaurant has become a household name among vegan and vegetarian foodies, with diners travelling from all over the world to eat there.