Aviation analyst and pilot Kyle Bailey says the NTSB will be investigating whether a mechanical failure, debris being ingested into the engine or possible improper maintenance is to blame.

A United Airlines Boeing 777 jet that suffered a catastrophic engine failure shortly after departing Denver International Airport, littering Colorado neighborhoods below with large pieces of debris, led the U.S. planemaker, airlines and international regulators to order inspections and even groundings of the widebody aircraft.

The moves come after a PW4000 engine on United Flight 382, headed to Honolulu, exploded on Saturday, forcing the crew to make an emergency landing back in Denver less than a half-hour after taking off and marking the third incident in recent years involving the same jet and same engine.

In December 2020, a Japan Airlines 777 headed to Haneda Airport in Tokyo returned to Naha Airport in Okinawa after pilots experienced an issue with one of the PW4000 engines, which is manufactured by Pratt & Whitney. Japan’s Transport Safety Board found two broken fan blades, one with a metal fatigue fracture, and said its investigation into the matter is ongoing.

In addition, a fan blade broke on a different United Boeing 777-200 jet in February 2018, which was flying over the Pacific Ocean during a San Francisco to Honolulu flight. An NTSB investigation of the incident determined that a lack of training in Pratt & Whitney's thermal acoustic image (TAI) inspection process resulted in "an incorrect evaluation of an indication that resulted in a blade with a crack being returned to service where it eventually fractured." 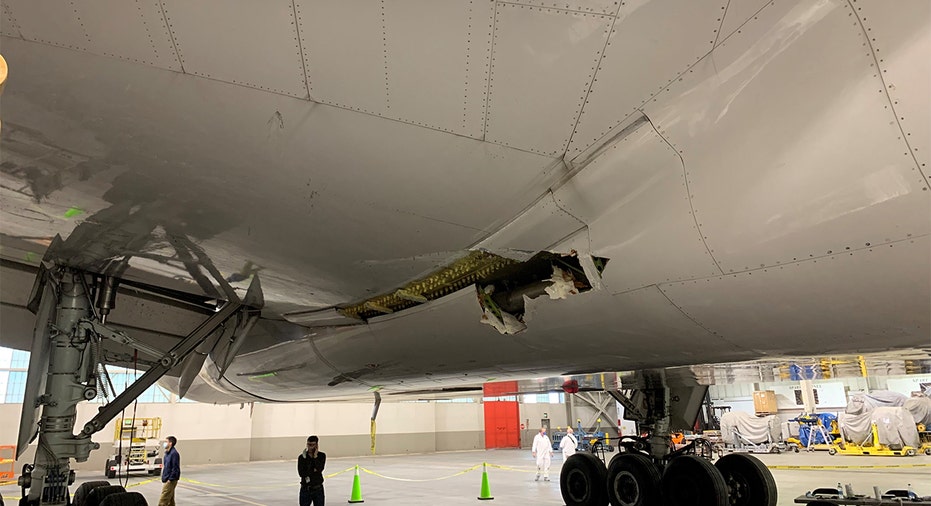 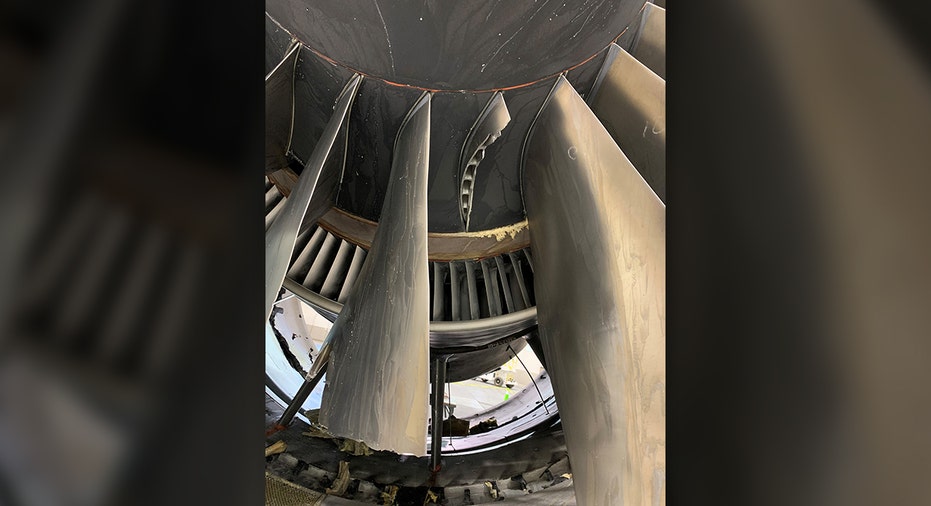 According to the most recent registry data, the PW4000 engines are only used on planes flying in the United States, Japan, and South Korea.

Approximately 69 Boeing 777 airplanes in service contain the Pratt & Whitney 4000-112 engine while another 59 remain in storage. Boeing recommended on Sunday that the planes be grounded until the Federal Aviation Administration (FAA) sets up an appropriate inspection protocol. United, the only U.S. operator of Boeing 777s with the PW4000 engines, said it would ground the planes immediately.

Pratt & Whitney, a division of Raytheon Technologies, said in a statement on Sunday that it had dispatched a team to work with NTSB investigators, and that it was "actively coordinating with operators and regulators to support the revised inspection interval of the Pratt & Whitney PW4000 engines that power Boeing 777 aircraft."

The company said on Tuesday that the TAI process requires impacted fan blades to be shipped to Pratt & Whitney's FAA-authorized repair station, where the inspection will take place.

"Pratt & Whitney is coordinating all actions with Boeing, airline operators and regulators," the company said. "The safe operation of the fleet is our top priority."

The FAA noted the agency will review the results of the PW4000 engine inspections on a "rolling basis," adding it may revise how often these engines are inspected going forward.

Hours before the United flight took off in Colorado, a smaller variant of the PW4000 engine on a Longtail Aviation Boeing 747 exploded over the skies of the Netherlands, dropping small debris and injuring a woman on the ground. The cargo flight was taking off from Maastricht airport and headed to New York.

For all the troubles of the PW4000 engines, the stock price of Pratt & Whitney's parent company, Raytheon, has only increased. For the last five days, it is up more than 6%. as is jet maker Boeing.

Nor has the controversy negatively impacted United. For the last five days, its stock is has risen more than 19%.