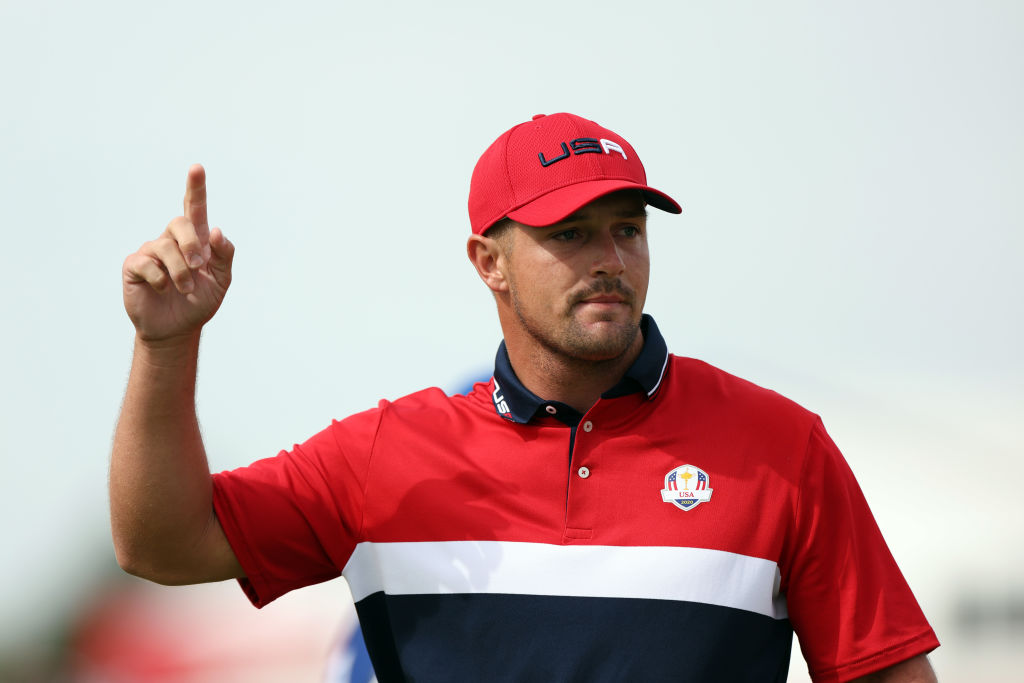 Team USA have regained the Ryder Cup in stunning fashion, hammering Team Europe at Whistling Straits and with a record margin of victory in their sights.

The Americans went into Sunday’s singles 11-5 ahead and needing just 3 and 1/2 points to get over the line, which looked a complete formality after dominating the contest over the first two days.

Rory McIlroy did his best to slow down the US momentum, but his win in the first singles match of the day was only the slightest bump in the road on the Americans’ rampage to victory.

Scottie Scheffler, Patrick Cantlay and Bryson DeChambeau got points on the board for USA before Colin Morikawa halved with Viktor Hovland to put his side over the line.

The only thing that remains to be seen is whether the Americans can produce the biggest winning margin since the Ryder Cup became a contest between Europe and USA in 1979.

That record stands at nine points, but is under serious threat on Sunday evening.

Europe actually picked up the first point of the event, when Jon Rahm and Sergio Garcia beat Justin Thomas and Jordan Spieth on Friday morning in the foursomes, but it went spectacularly downhill from that point.

USA came out of the morning foursomes 3-1 ahead and ended Friday in a dominant 6-2 position after the fourballs as Europe could only manage two halves.

It had to be a strong start to Saturday morning foursomes for Europe, which again Rahm and Garcia gave them with a win over Brooks Koepka and Daniel Berger, but again it didn’t last, with USA winning the remining three points on offer in the morning.

The afternoon fourballs were shared with two points each, which sent the Americans into Sunday’s singles 11-5 ahead and Europe needing a miracle.

It didn’t come, it didn’t even nearly come as USA dominated the singles and got over the line with plenty of time to spare.

Rory McIlroy won his first point of the event by beating Xander Schauffele in the first pairing, but Scottie Scheffler, Patrick Cantlay and Bryson DeChambeau were the next three to win points, all for America, putting them just half a point from victory.

Morikawa halved with Norwegian star Hovland to get his side over the line to victory.