It was at a scan in February 2021, when Marili Datema discovered she was carrying identical twins.

Although she had been pregnant and given birth twice previously, having a baby in the middle of pandemic felt completely overwhelming to her. ‘I thought I knew what to expect, but everything had changed,’ remembers the 33-year-old business owner.

‘I had to figure out how to register myself at the hospital, whereas I had gone through my GP before. It was also a minefield to get my head around ever-changing advice and rules about Covid. It was scary and I had to force myself to try and block it out so I didn’t go into a spiral of worry.’

At 14 weeks’ pregnant at the end of April 2021, Marili’s consultant sat down with her to discuss his thoughts regarding the Coronavirus vaccine.

‘He told me there was no research or data around pregnant women having the jab and the effects it could have on my unborn babies,’ she explains. ‘I was told that if anything happened to one of the babies, it would happen to the other as well, since they were in the same placenta.

‘It made feel so scared, I had to spend my pregnancy trying hard not to think the worst about catching the illness and would only really feel reassured after I had each scan.’

Marili admits that the doctor’s wariness backed up any fears she was having about the vaccine, especially as it was so new, and agreed not to risk it. However, it was a decision that would eventually see her end up in hospital with Coronavirus.

New figures this week have revealed that one in six patients now needing critical, life-saving care in NHS hospitals are unvaccinated pregnant women with Covid, with experts believing this is down to vaccine anxiety due to everchanging advice.

When the roll-out began in December, mums-to-be were initially advised not to have the jab, in fear of all the unknowns for mother and baby.

During the pandemic, her lab worked on how coronavirus and the vaccine impacted fertility and pregnancy. ‘When it was first approved for use in adults, we didn’t have any data about their safety in efficacy during pregnancy,’ she says. ‘But we did know that Covid could be dangerous, increasing the risk of preterm birth and stillbirth, and we also knew that from a theoretical perspective the vaccines were safe in pregnancy.’ 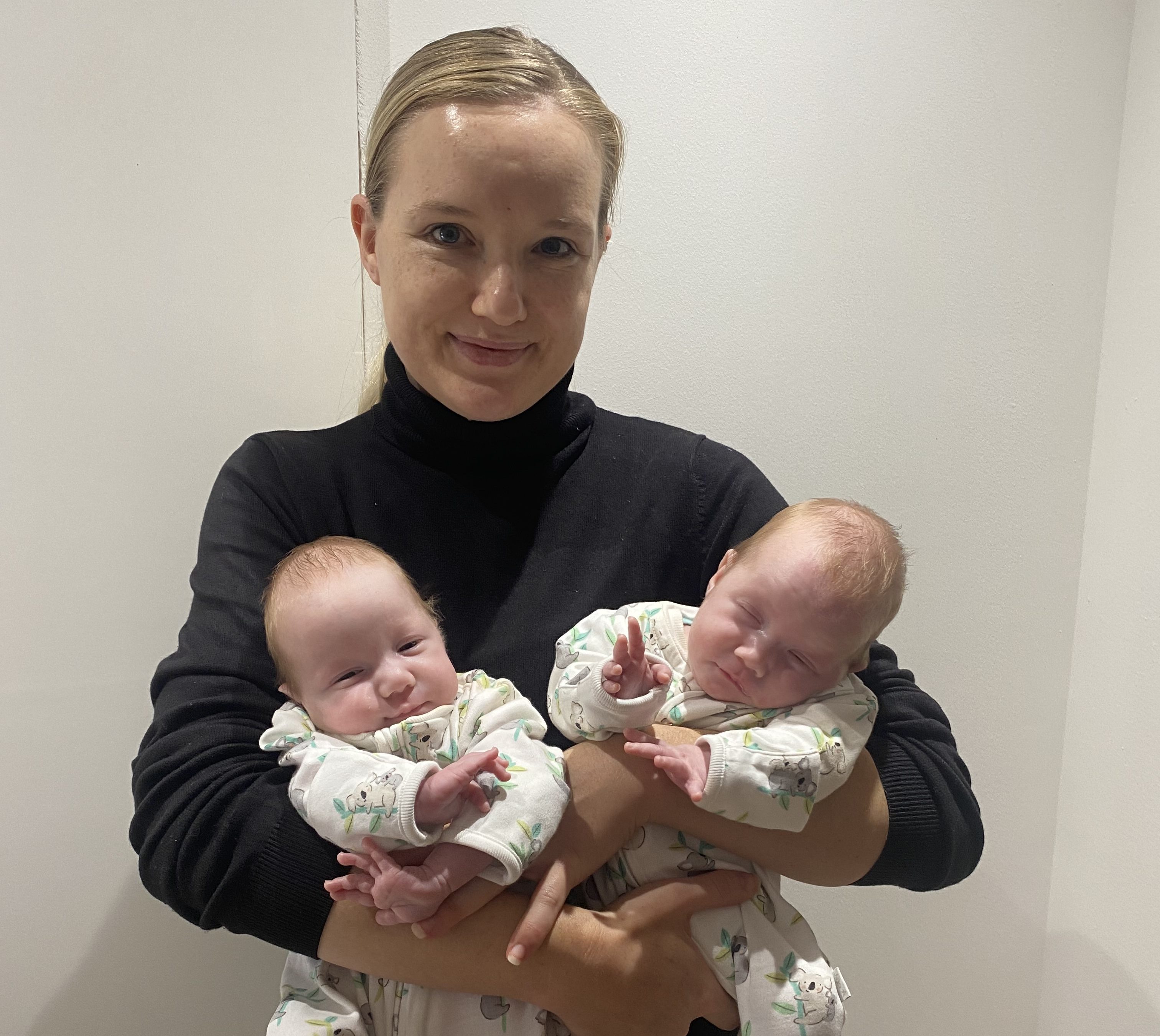 When Marili made the decision not to be vaccinated she knew she was ‘living with risk.’

In a bid to avoid catching Covid, she actively isolated herself from the outside world – except from when she had to go for her weekly hospital appointments.

‘I just made a point not to go out – I was always home, avoided people, and didn’t travel or go to the store,’ she recalls. ‘The whole experience was unimaginable.’

The decision to shield was something many mums-to-be were forced to do as the pandemic began to take hold in March 2020, with pregnant women being advised to take ‘particular care to minimise their social contact’ to protect themselves and their babies, during the prime minister’s daily television updates.

While her husband occasionally left the house to travel for work and their daughter went to preschool, Marili admits it was a difficult time.

‘I felt isolated, but I was also travelling to and from the hospital at least once or twice a week. And I still had orders coming through with my business, so had work to keep me busy. But it did feel lonely because I couldn’t see any of my friends.’

It was at Marili’s 28-week check-up that her doctors and midwives made a U-turn and advised her to get vaccinated.

I couldn’t help but feel angry at the whole pandemic

‘But there was still so much being said about the negative side effects,’ she remembers. ‘I couldn’t afford to become unwell for even two or three days. I had so many hospital appointments and other children to take care of. So I still chose not to get the vaccine in the end.’

Two weeks later, after beginning to feel really tired and losing her sense of smell and taste, Marili tested positive for Covid.

‘I’m not sure whether I contracted it at one of my hospital appointments – I hadn’t gone anywhere else,’ she says.

Marili also noticed her babies weren’t moving as much and after ringing the hospital was told to come in immediately.

‘I was placed in a room on my own for them to monitor the babies,’ she says. ‘It turned out their heart rates were 192 beats per minute – as if they were running marathons.

‘I was scared and didn’t really know what to think. Every time my temperature spiked it would cause their heart rates to go up immensely. I remember hoping for the best and trying to reassure myself everything would be OK. I couldn’t help but feel so angry at the whole pandemic.’

Marili was warned that if the babies remained in distress they would need to be delivered sooner rather than later. However, consultants managed to stabilise their heart rates and she and her unborn babies were allowed to go home after a very frightening 48 hours in hospital.

Looking back, she says that despite the scare, she still doesn’t regret not getting the vaccine.

‘The antibodies in the babies will be stronger now that I had Covid,’ she reasons. ‘But I also know I was quite lucky. It’s a personal choice whether to vaccinate or not, however, seeing how ill pregnant women are getting now, I probably would have reconsidered if I knew then what I know now.’