Are these the world’s best dating profiles? Creative singletons share the VERY witty Tinder bios that are guaranteed to get a right swipe right

Any singleton will confirm that dating apps are a competitive place, but these members have found creative ways to stand out from the crowd.

A hilarious new online gallery compiled by BoredPanda has revealed some of the world’s wittiest dating profiles that are sure to be swiped right.

Many users have found ways to poke fun at their single lives with one claiming that the last time he was someone’s type was when he was ‘giving blood.’

Elsewhere, daters have used the apps photo features to tell a story, with one man slowly providing users with a rather disturbing strip tease . 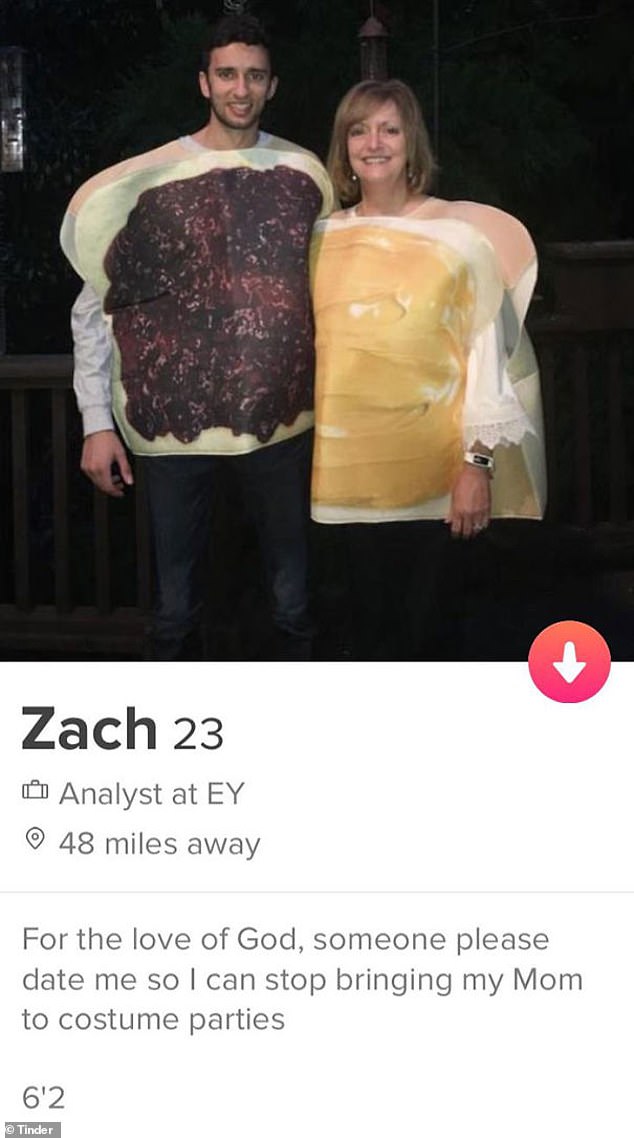 In a new gallery compiled by BoredPanda, singletons have shared their very witty dating profiles. This man was sick of having his mother as his plus one, and had pictured to prove it 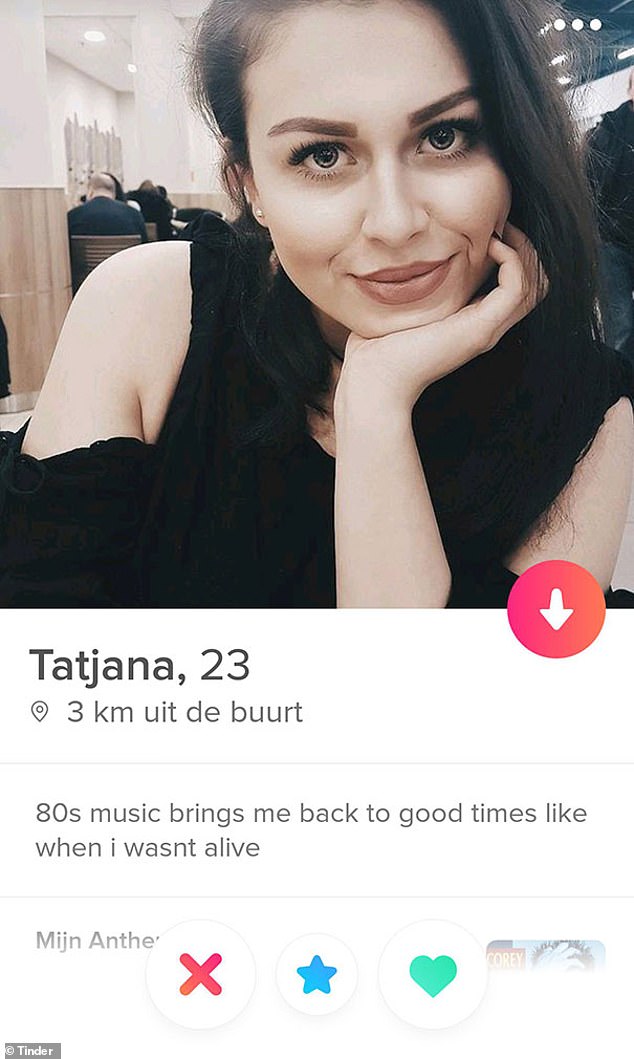 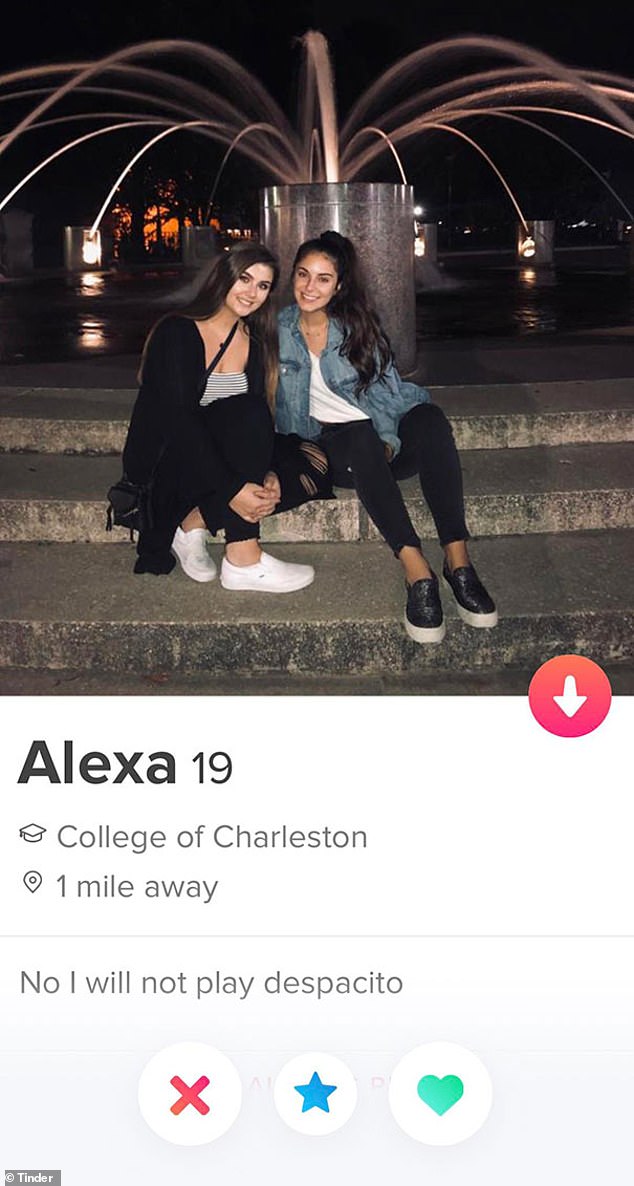 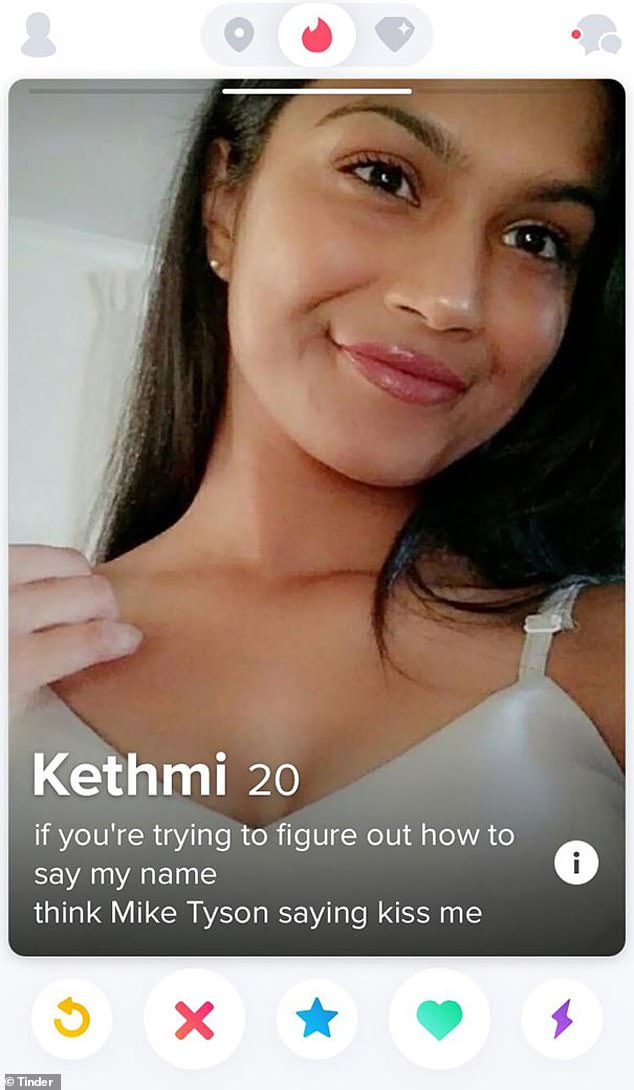 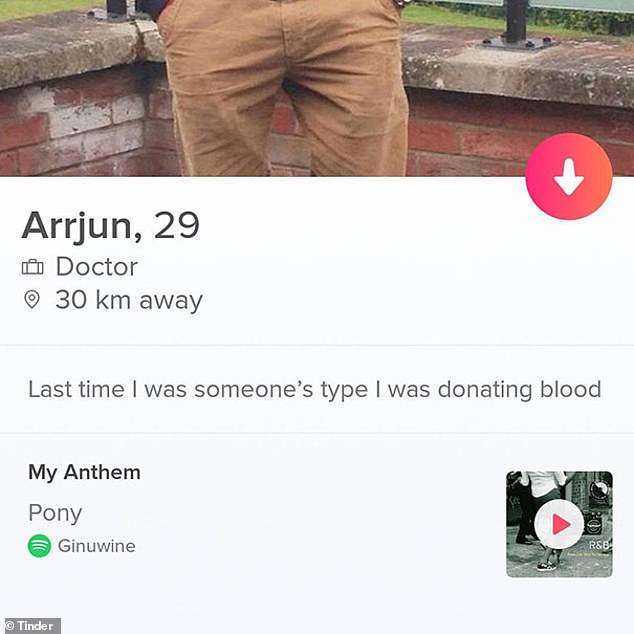 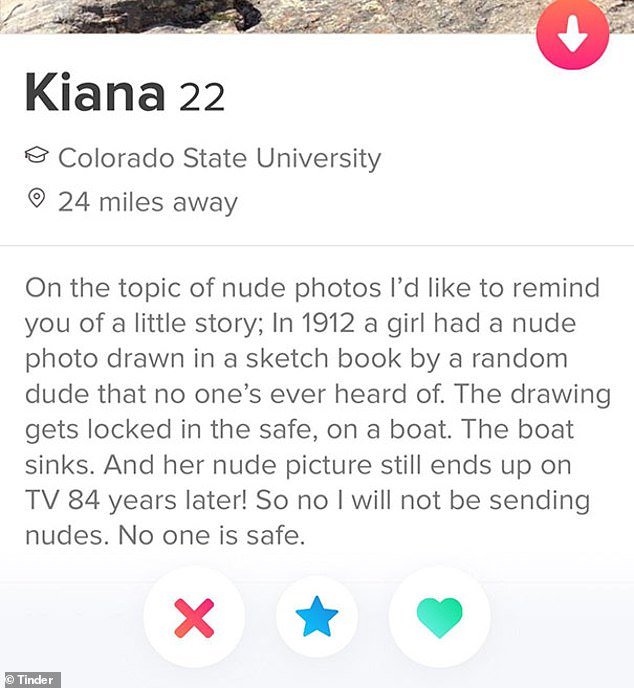 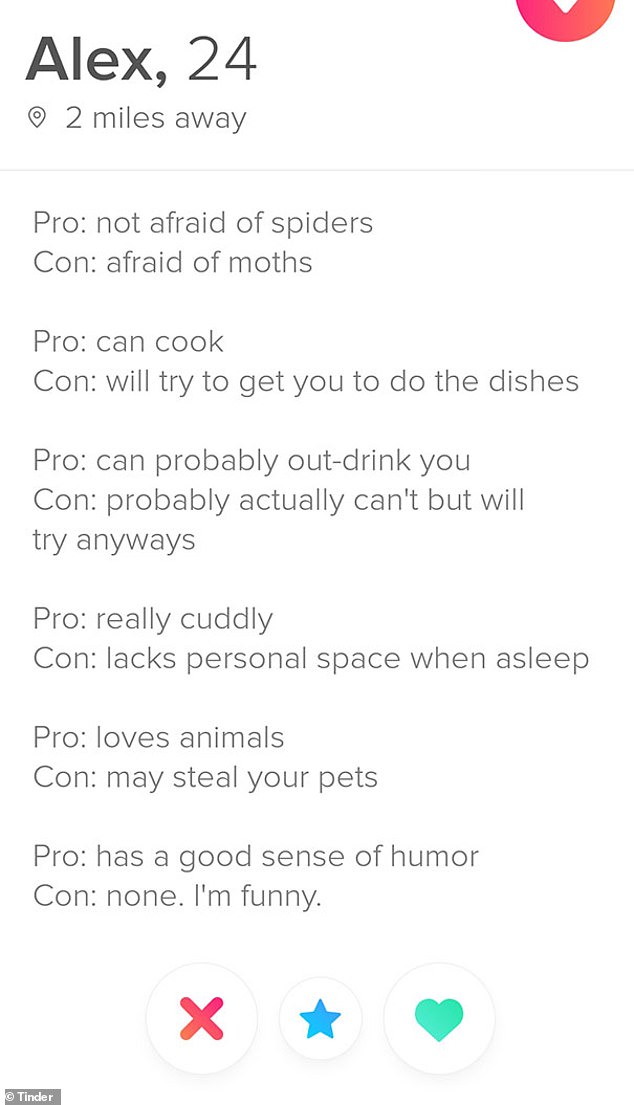 Alex provided a list of pros and cons to entice, and probably deter a few potential dates 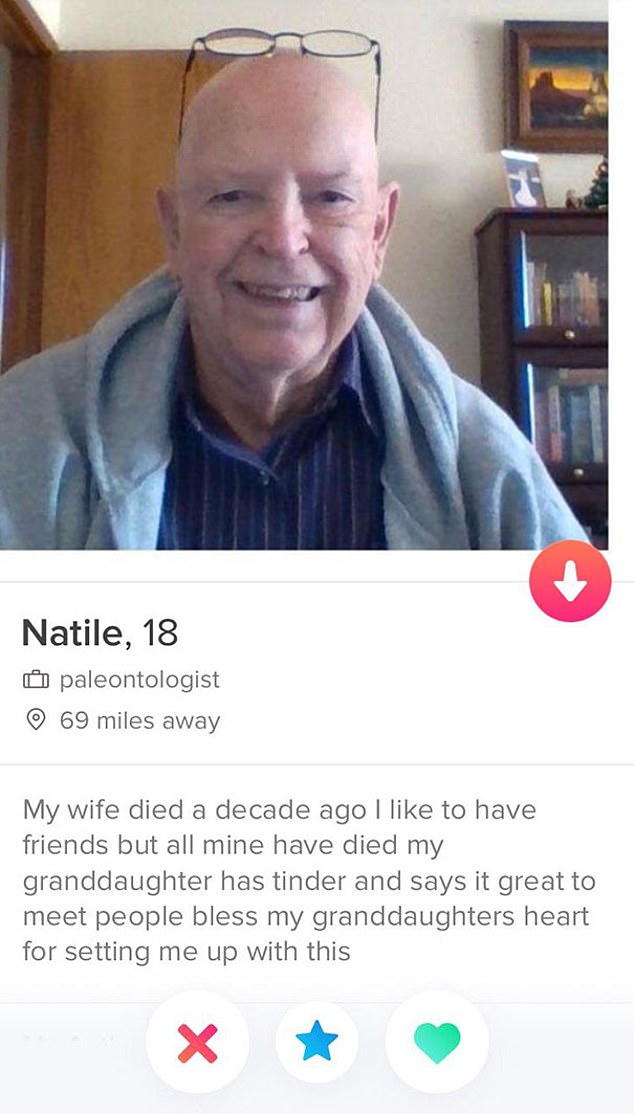 And a perfect match might be Natile, who became widowed a decade ago and despite what his profile states, is probably not 18 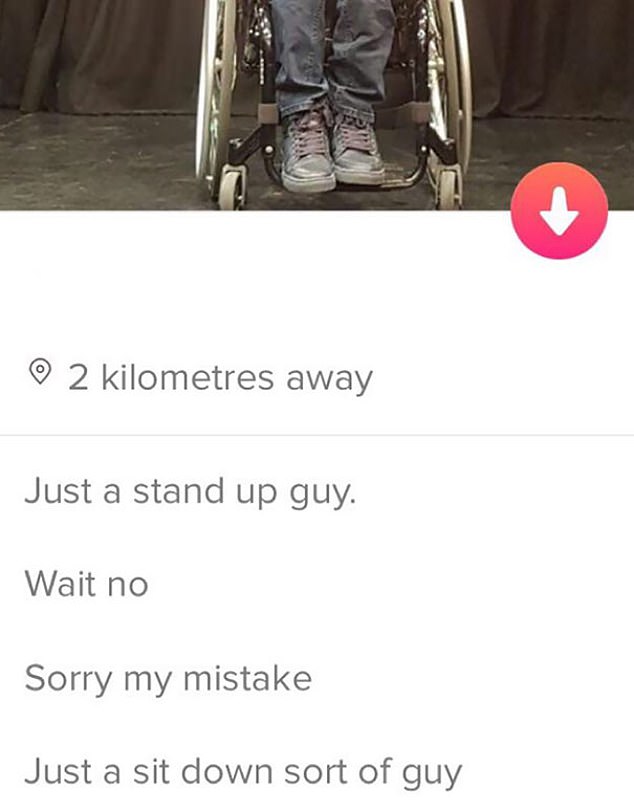 This man certainly doesn’t let his disability get the better of him, even poking fun of it in his Tinder bio 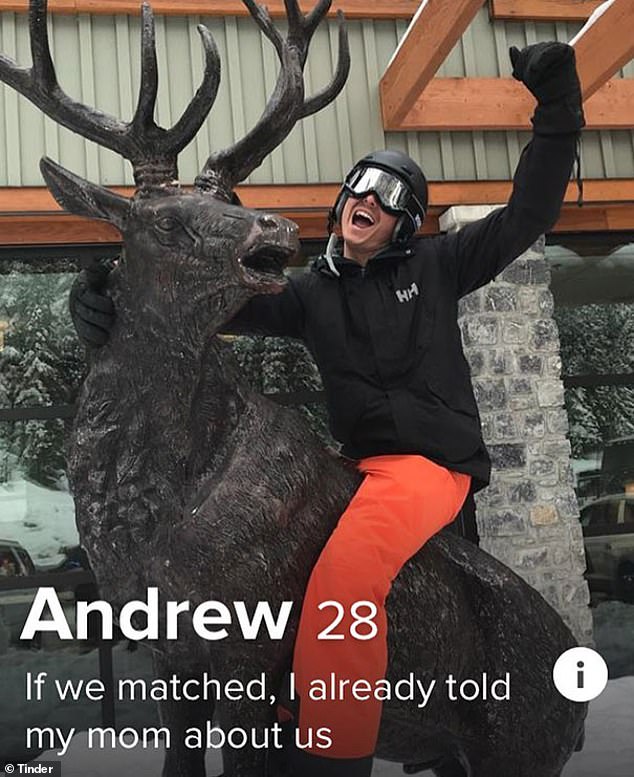 Make no mistakes, Andrew is looking for a serious relationships, getting his parents involved as soon as you swipe right 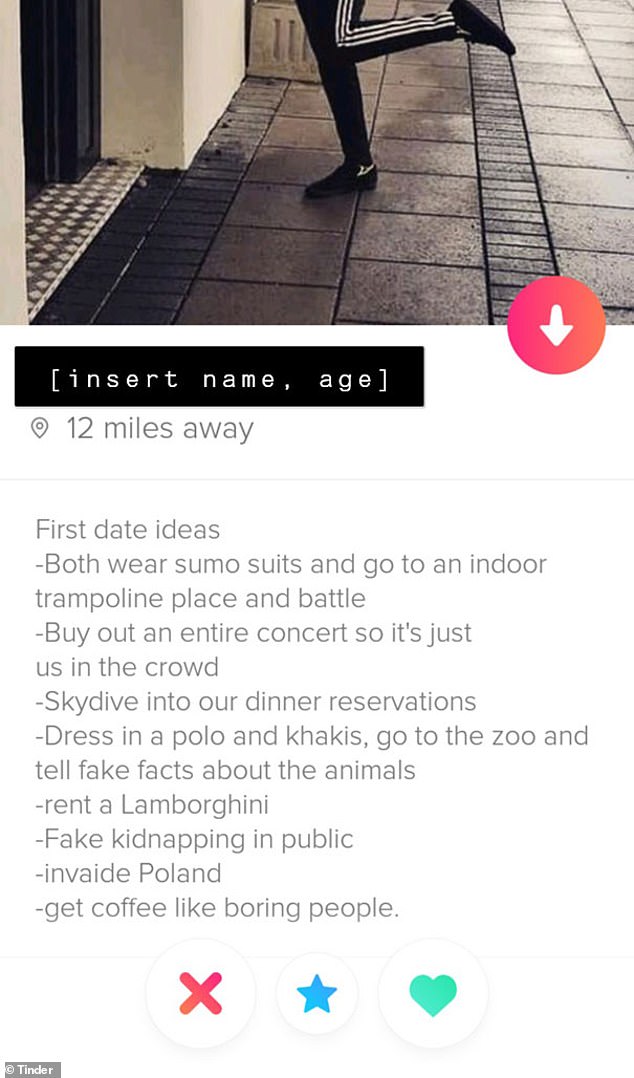 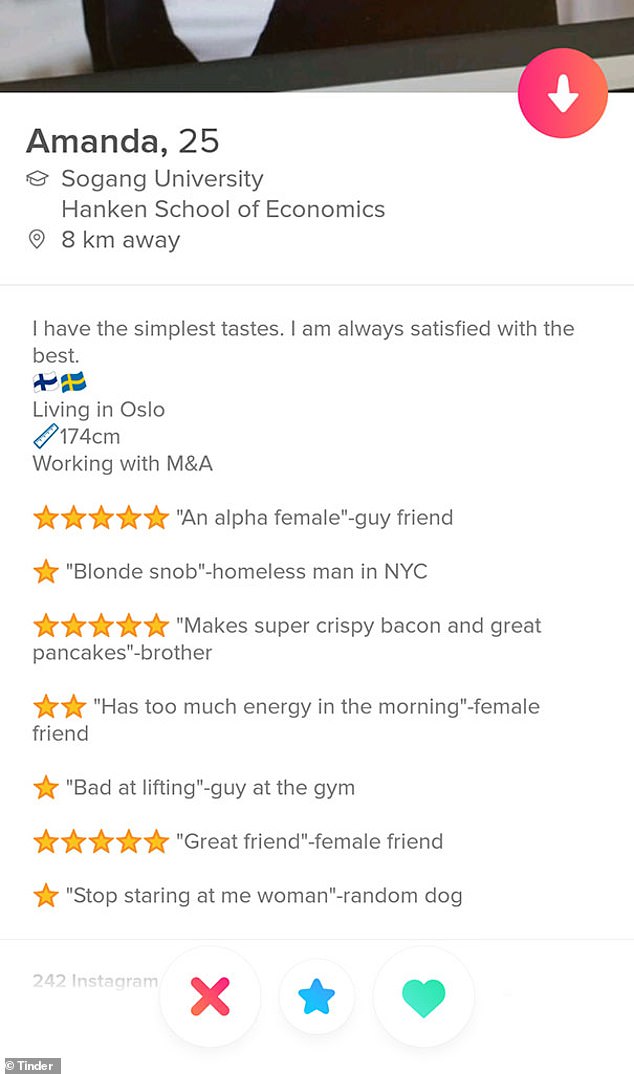 Amanda gave users a very fair representation of herself, including good and bad ‘reviews’ that she received 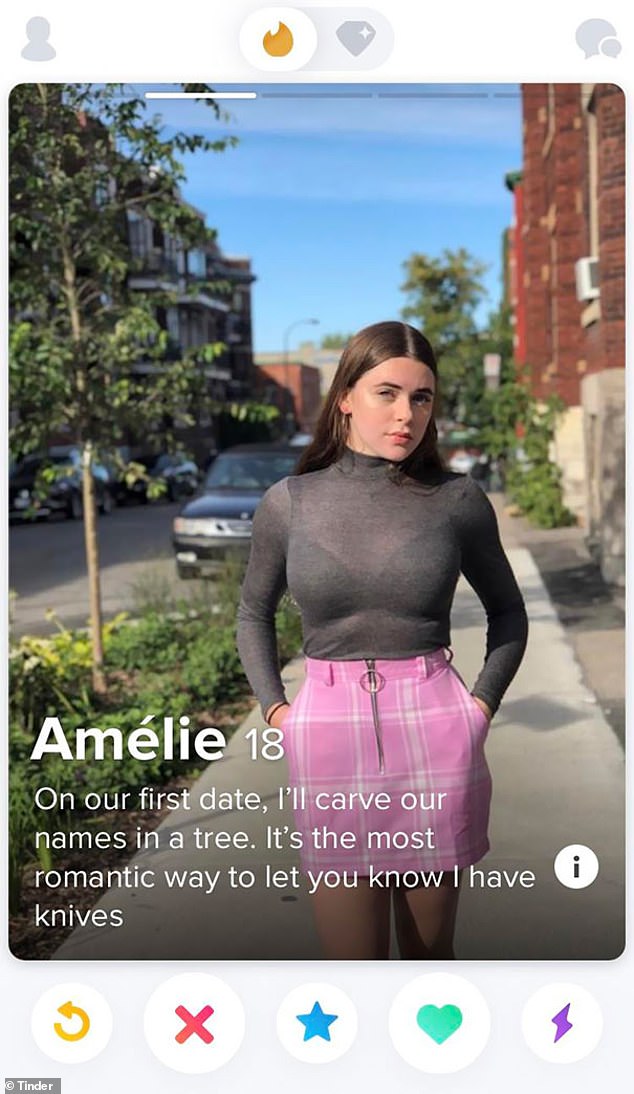 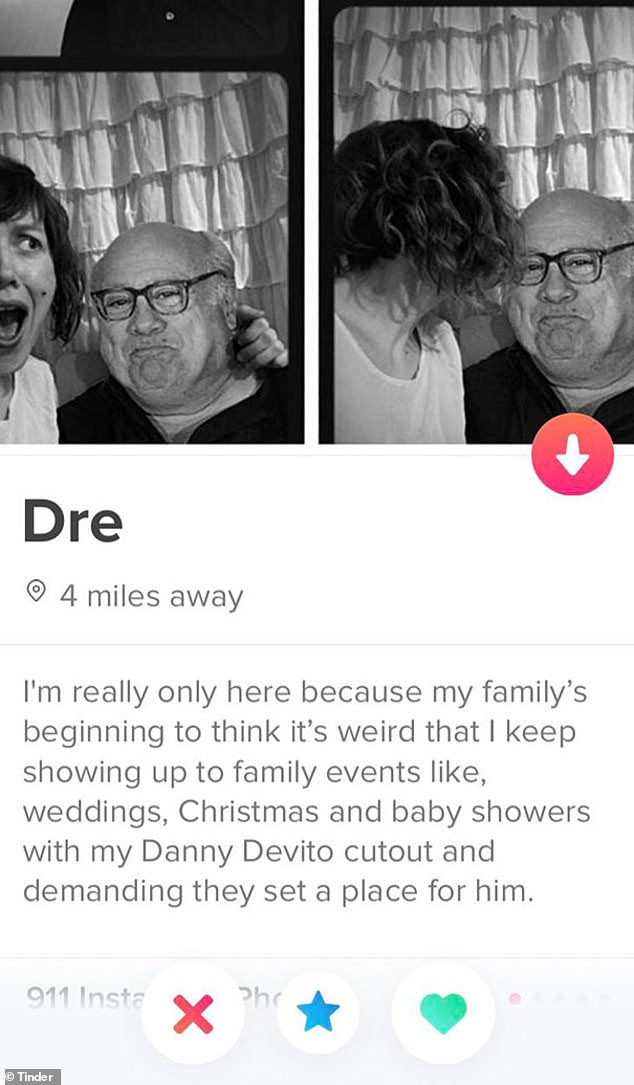 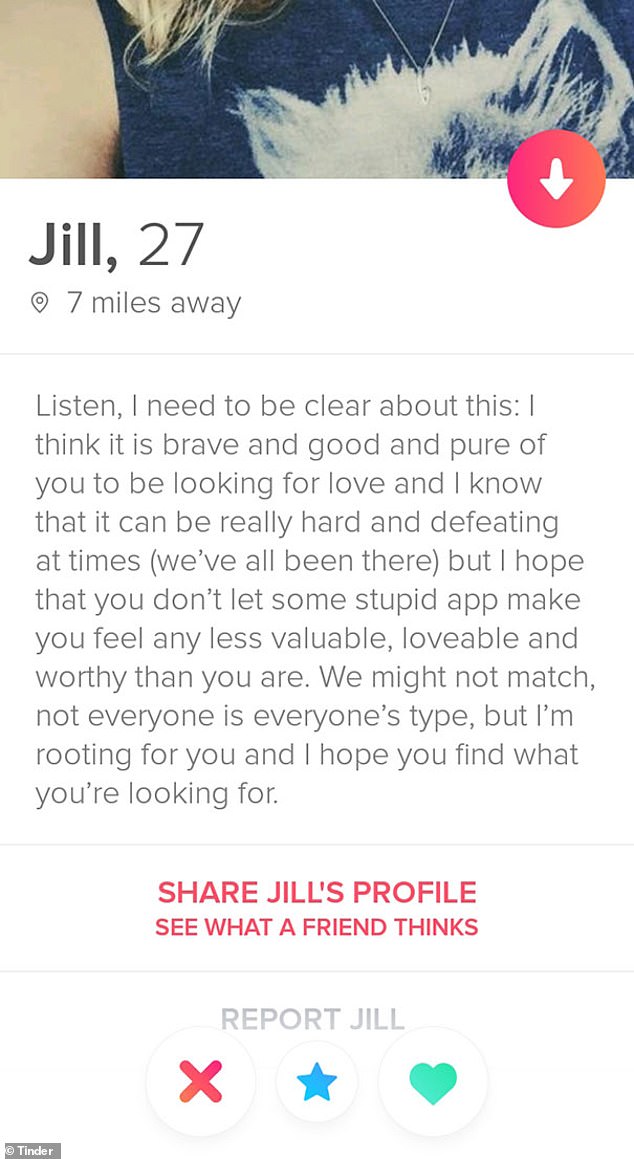