A regional Victorian Nationals candidate, Shaun Gilchrist, has died unexpectedly just over a week before he was due to appear in court over three charges of sexual assault and one charge of rape.

The 47-year-old, whose death is not being treated as suspicious, was the candidate for Narracan in the state’s south-east. 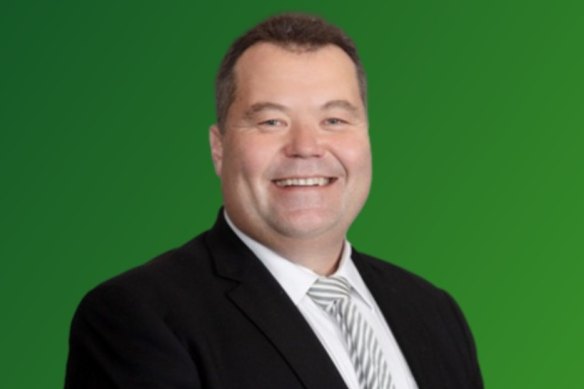 Nationals state director Matt Harris has written to the Victorian Electoral Commission to inform them of Gilchrist’s “unexpected and tragic death”.

“The Victorian Nationals express our deepest sympathies to the family and friends of Mr Gilchrist, and our thoughts remain with them at this difficult time,” Harris said in a statement.

“The Gilchrist family has asked for privacy and respect during their time of grief.”

Police confirmed the body of a 47-year-old man was found in bushland near Coppers Creek Road in Rawson, about two hours south-east of Melbourne, on Sunday at 4.15pm.

A report will be prepared for the coroner.

Narracan’s election is expected to be voided as a result, and a vote will be held at a later date, according to the VEC candidate handbook.

“If a candidate dies between the close of nominations and 6pm on election day … the election will be declared ‘failed’ and nomination deposits will be returned for all candidates,” the handbook says.

“A new writ will be issued for a supplementary election in the district.”

Narracan, located in northwest Gippsland, takes in the towns of Warragul and Drouin and is considered a safe Liberal seat.

“It is with great sadness that the Liberals and Nationals today acknowledge the passing of Mr Shaun Gilchrist,” they said.

“The Gilchrist family are in our thoughts and have asked for privacy and respect during their time of grief.”

Premier Daniel Andrews also extended his condolences to Gilchrist’s friends and family on behalf of the Victorian government.

“While Shaun and I had never met, I know he was respected by so many across the community for his warmth, his humour and his hard work,” Andrews said.

“I have no doubt he shared the same ambition so many of us do in wanting to get involved with politics to change society for the better, and make a positive contribution to the community around him.

“Our thoughts are with his family and friends, as well as his colleagues and his supporters, who are all grieving the most tragic of losses.”

The death of the independent, a former Liberal, also delayed a full result because the 1999 poll led to a hung parliament.