A Virginia man claimed he forgot that he was carrying a loaded handgun when he was stopped from boarding a flight at Richmond International Airport on Wednesday morning, authorities said.

"Upon spotting the weapon, TSA alerted airport police, who responded to the checkpoint, confiscated the handgun and cited the man on a weapons violation," the TSA said. "The man told officials that he forgot that he had his loaded gun with him."

The man, from South Prince Georgia, Virginia, was not named.

The TSA said it was the seventh handgun that TSA officers detected at security checkpoints at Richmond International Airport so far this year. The agency said that 20 guns were detected at the airport last year. 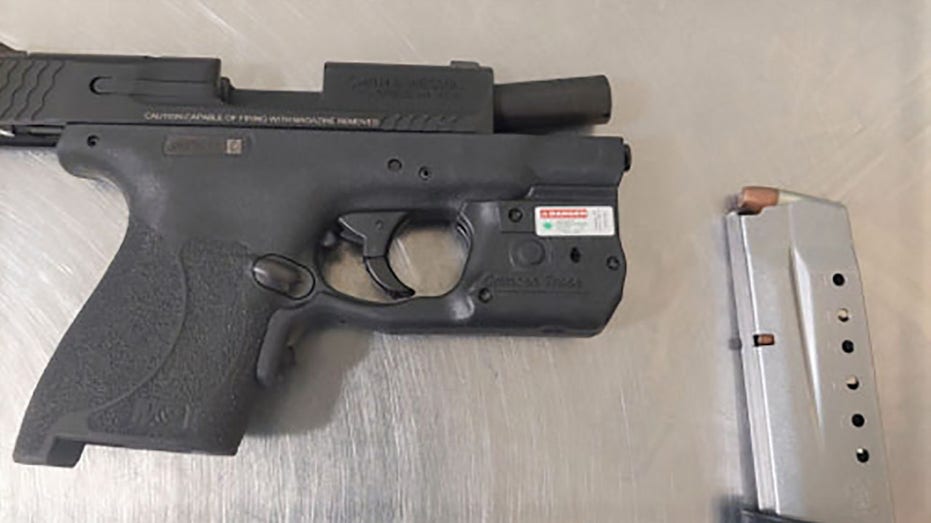 TSA officers at Richmond International Airport stopped a passenger from carrying a .9mm handgun loaded with eight bullets onto a flight on Wednesday morning, the agency said. (Transportation Security Administration)

The TSA advised that the agency reserves the right to issue a civil penalty to travelers who bring guns with them to an airport checkpoint whether they have a conceal carry permit or not. A conceal carry permit does not allow for firearms to be brought onto commercial aircraft.

Passengers traveling with firearms must pack them in checked baggage and declare them at the airline ticket counter, the TSA said. The firearms must be unloaded, packed in a hard-sided locked case and be separate from ammunition.