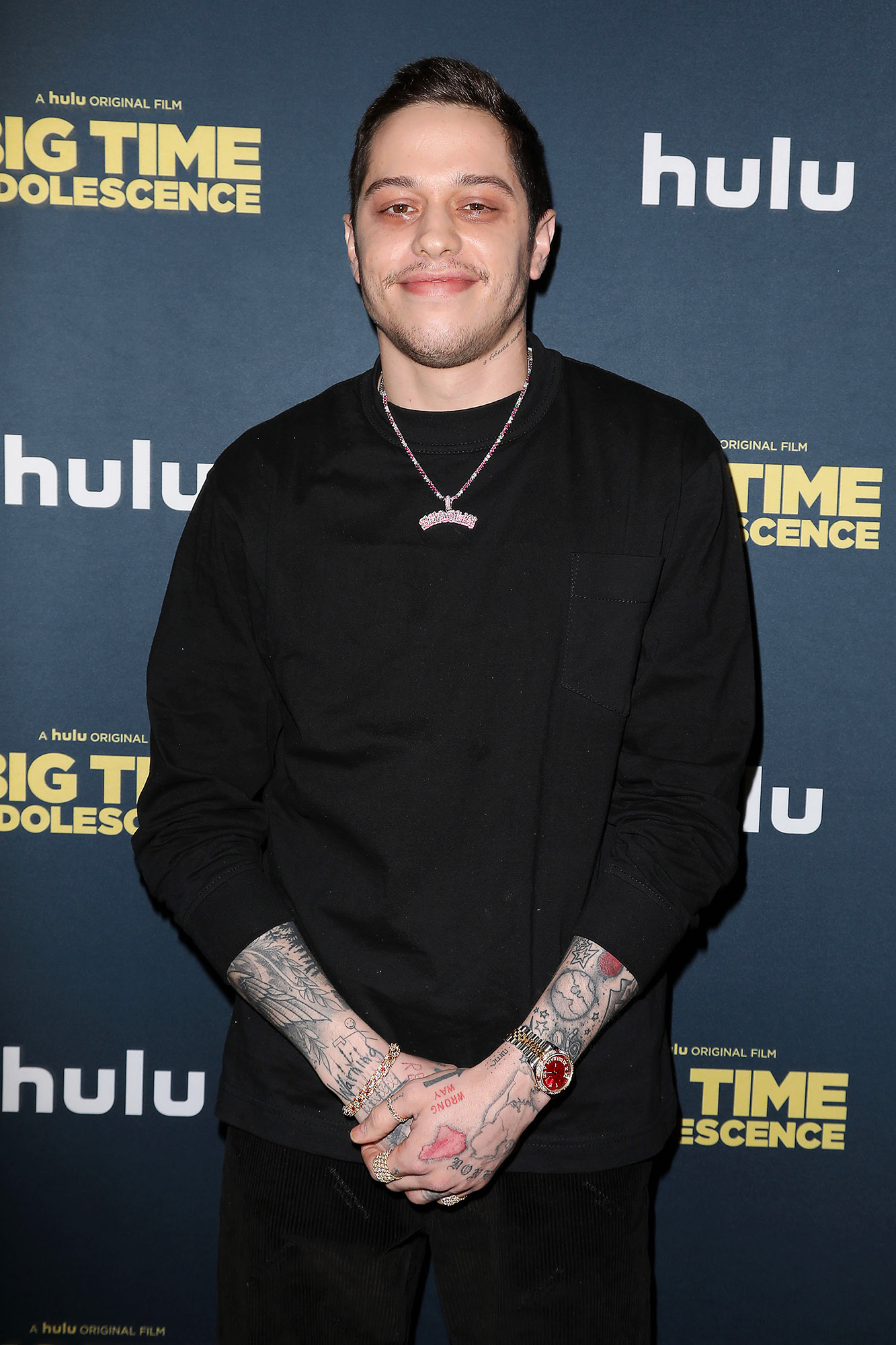 Not so permanent after all! Pete Davidson confirmed he removed his tattoos dedicated to ex Kim Kardashian during a beach outing with rumored new girlfriend Chase Sui Wonders.

Davidson, 29, and Wonders, 26, were spotted enjoying a romantic getaway in Hawaii earlier this week, per photos obtained by the Daily Mail on Monday, January 23. The twosome took advantage of the tropical weather by spending a day at the beach, with the On the Rocks star rocking a hunter-green bikini and the Saturday Night Live alum sporting multi-colored swim trunks and a black baseball cap.

While Davidson’s tattoos were on full display as the twosome splashed around in the ocean, his ink dedicated to Kardashian, 42, appeared to be completely removed.

During their relationship, Davidson got multiple pieces of chest art dedicated to his then-girlfriend, including the phrase “my girl is a lawyer” — along with the words “Aladdin” and Jasmine,” from his and Kardashian’s SNL skit. On his neck, he tattooed the letters “KNSCP,” which appeared to stand for the KKW Beauty founder and her four children, on his neck. (Kardashian shares North, 9, Saint, 7, Chicago, 5, and Psalm, 3, with ex-husband Kanye West.)

The Meet Cute actor and reality star began dating in October 2021 after they connected on the NBC sketch series during Kardashian’s first hosting gig. Us Weekly confirmed the twosome had called it quits after nine months of dating in August 2022.

Celebrities Who Got Tattoo’s for Love

“They each have busy schedules and the distance made it hard,” an insider told Us at the time. “Kim travels a ton and it was hard for Pete to keep up, especially with his filming schedule.”

Following his split from the Keeping Up With the Kardashians alum, Us broke the news that Davidson was dating Emily Ratajkowski, but the pair split in December 2022 after two months together.

The King of Staten Island star has since fueled romance rumors with Wonders, whom he’s been seen spending time with on various occasions. The former costars, who worked on Bodies, Bodies, Bodies together, were first spotted getting cozy while grabbing food earlier this month. According to TMZ, the pair sat side by side at a booth while locking lips.

Pete Davidson Through the Years: Relationships, Career Highlights and More

On Thursday, January 19, they packed on the PDA once again while spending a day at Universal Studios Hollywood in Los Angeles. In a video published by TMZ, the duo cozied up to one another and locked lips while riding an escalator. Later in the day, the twosome didn’t shy away from showing affection, holding hands while riding Revenge of the Mummy together and strolling around the park.

Kardashian, meanwhile, has seemingly taken a break from dating to focus on herself. The Skims founder revealed via Instagram earlier this month that she was in her “happy era” following her split from Davidson and divorce from 45-year-old West, who recently held a “marriage ceremony” with Yeezy designer Bianca Censori, Us confirmed on January 13.