We were lucky enough to see Sara perform live on stage at the Adelphi Theatre for just 20 of us before she sat down with Express Online to us all about her love for this amazing show. Opening night for the limited run with Sara and Broadway legend Gavin Creel kicks off this Wednesday, for a limited run until March 7. Lucie Jones will return as Jenna until July 4, before the show shuts up shop in London and heads out on a 32-city UK Tour. Watch the two performances below and check out our chat with Sara.

Hi Sara, so tell us. Is this just a show for girls?

No, it’s really not.  A lot of people think that. There are definitely feminist themes but now more than ever we are breaking that misconception that only women are interested in these themes.

We have incredible male characters. It’s really funny. I might be biased but I think the music is pretty great. It’s sexy and a little bit naughty. Although I’m shocked by people who don’t want to see it because of those scenes. I mean, come on, it’s not lewd and offensive. It’s fun.

It’s a show that balances light and darkness really beautifully. If we do our job every night, hopefully, we’ll make you laugh and cry. 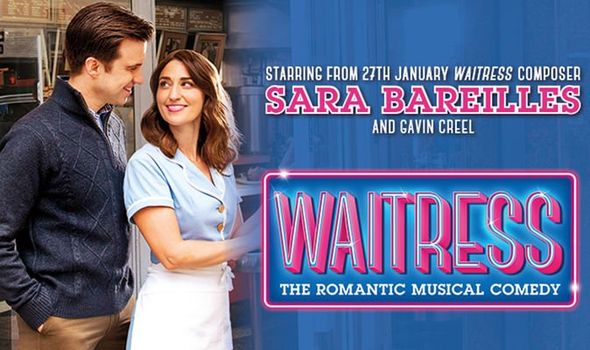 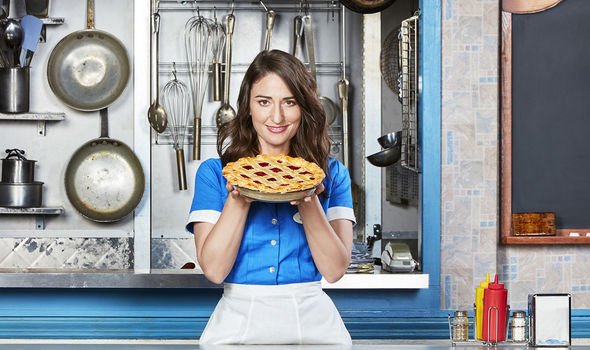 The show is set in a part of America traditionally viewed as less liberal, less tolerant. It’s in the Deep South, dealing with the lives of people in lower socio-economic brackets yet everyone (villains aside) appear to be marvellously accepting and enlightened. Is this wish-fulfilment, or are people too easily labelled and underestimated?

What I love about this show is that it speaks to our humanity. At the end of the day, these themes are so universal no matter what group you find yourself in.

The idea of someone searching for self-love and acceptance, empowerment… These things are true for all over us.

That’s the cool trick of Waitress that you go in thinking it’s just one thing, a sunny happy slice of pie but there are some serious themes about abuse and adultery. And a very complicated story about a mother not wanting a child.

The original 2007 film was written by and starred actress Adrienne Shelly, who was shockingly murdered in November 2006, just two months before her movie premiered at the Sundance Film Festival. What would she make of the enduring success of her story?

Our show is a testament to the incredible work and writing of Adrienne Shelly. It is precious to me that we get to preserve these theme that she was talking about in 2006, which were even more radical then as a woman in film than they are now.

We talk about her a lot among our creative team. She was very important to all of us. There was a lot of reverence for what she created. We didn’t want to change that and reinvent the wheel. We wanted to preserve her ideas and her spirit. She is still very present for me.

So many shows now bring in stars from TV for lead roles? Isn’t this unfair to theatre performers and hopefuls who have worked all their lives towards West End roles, only to lose out to a celebrity who may not have the training?

I completely understand both sides. And I’ve got such an education from being a producer on this show.

At the end of the day, if the option is closing the show or bringing someone in who can attract more audience, these are the things you need to do to give you story a chance for life.

It also brings new people to the theatre. It’s amazing because people will go just because they are a  fan of whoever is on stage but then they are exposed to this incredible art form and a whole world they may not have known before. And that’s wonderful.

I want to riff on some of the show’s classic song titles, starting with Bad Idea. What are the worst ideas you’ve had in your life?

Every fashion choice I’ve ever made. I look at pictures from last week and I’m like. ‘Who’s dressing me?’ As for boys, endless bad ideas until my most recent who is a very good idea.

She Used To Be Mine is about losing part of yourself. What have you lost?

I have to work hard to preserve my sense of innocence. I grew up in a very mall town so I was very sheltered and innocent for a very long time. The world is a harsh place so I think yo have to fight to hold on to that part of yourself.

You Matter To Me: what is most important to you?

WAITRESS AT THE ADELPHI THEATRE TO JULY 4; TICKETS AND INFORMATION HERE