Wander or Bust is an Elite Daily travel series that follows young women all over the globe to record their journeys as they experience the thrill of the far-flung and unknown.

They’ll track their budgets, where they stay, where they eat and drink, and where they took that amazing Instagram that got them ~maximum exposure.~ The internet is full of travel advice, but none from women just like you. Read on for the tips no one else gives you, and when in doubt, get on the plane.

What I Do: News Editor, Elite Daily

Where I Live: Brooklyn, New York

Where I Went: To Lima, Peru, sponsored by Stella Artois

My Spending Style: Occasionally indulgent. I don’t throw money around, but I will definitely splurge on more than a few expensive things on a vacation. 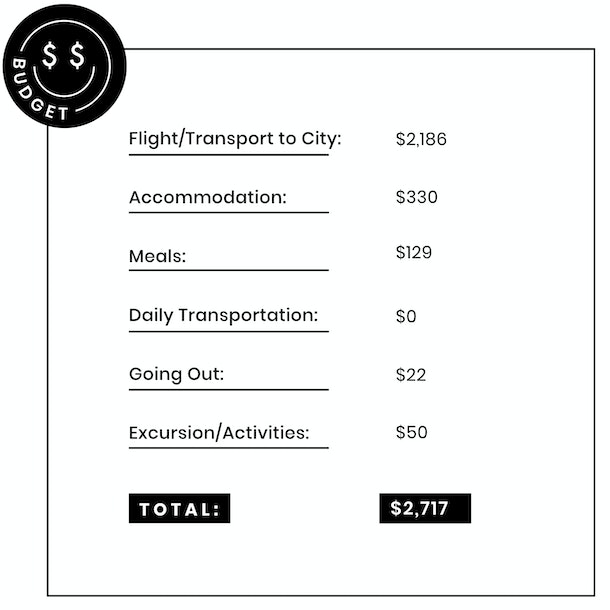 Where I Got My Recommendations: The trip was sponsored by Stella Artois, so a lot of what I did was scheduled or recommended ahead of time. I did get some cool recommendations for neighborhoods to check out from a friend who had been there recently, though, which turned out to be great.

Preferred Payment Method: Cash money, please! I usually take out a chunk of cash when I first arrive, and then use that for everything.

Phone Bill: $170. My service provider actually kind of screwed me over while I was there and I landed thinking I had temporary international service that didn’t actually work with my plan. I ended up buying a much more expensive month-long international plan the morning I arrived, even though I was only there three days, because I was so paranoid about running up my rates. Probably not worth it in the long run.

Luggage Type: Carry on. I hate checking luggage if I can help it.

Thankfully, heading from the Northern Hemisphere to the Southern in early March meant I was heading for summer! I brought one pair of jeans, one pair of shorts, one sundress and a shirt to go over it, and a few tops ranging from full spaghetti-strap tank tops to long-sleeves. I wished after the fact I’d brought something slightly dressier, because the nightlife was definitely a dress-up event.

What Shoes I’m Bringing: I brought one pair of Birkenstock sandals, one pair of flats, and one pair of sneakers (and ended up wearing all three).

Mode Of Transport: I traveled by airplane from New York City to Lima — about an eight-hour flight, but because it’s the same time zone, there’s no major jet lag! We flew first class (HIGHLY recommended, if you’re inclined to splurge) for a little over $2,000. Because it was a red-eye flight, the extra legroom and chance to stretch out and nap was crucial — I arrived in Lima feeling rested and ready to take on the day (after a quick nap).

Extra Costs: Beyond the airport, a Peruvian friend warned me before I left to only take Ubers, as they’re apparently cheaper and safer, so we did Uber pretty much everywhere else. An Uber for the 10 miles between the airport and hotel runs about 32 soles, plus tip ($11). I also took a Lyft to and from the airport in New York, which was a cooler $50 each. (JFK, man.)

Accommodation: I stayed in a hotel called Sol De Oro in Miraflores, Lima. 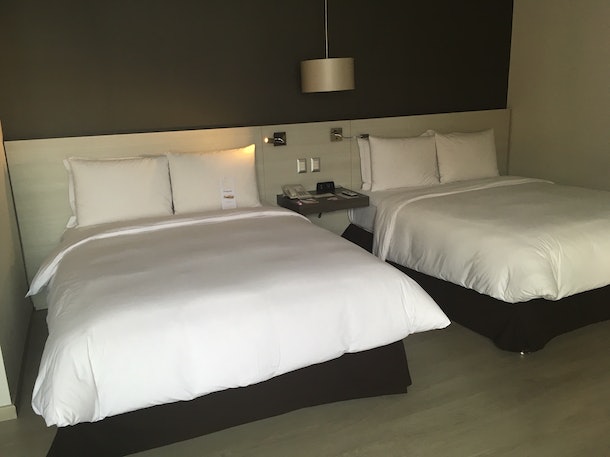 Location: The fairly central neighborhood of Miraflores, right by the water.

Extra Costs: I left a tip for the housekeeping staff, but like tipping in the USA, it’s not required (although I highly recommend doing so).

Would I Recommend It To Someone Else: Definitely. By New York City standards, the hotel room was huge, and so comfortable.

Accommodation Total: $330. Because we arrived early in the morning, the rooms had been reserved for the night before — meaning we could nap before going out to see the sights!

Breakfast-Lunch Cost: We ate breakfast at the hotel, and the charge for lunches were generally around 35-40 soles (about $12-13).

Tip Situation: About 10-15 percent is standard.

Food Situation: Dinner was the big meal of the day, and as a seafood fan, I was pleased to find out Lima is known for its seafood! I had ceviche for at least three out of six meals while I was there (one lunch and both dinners), and I’m not complaining. In terms of drinks, pisco is the local specialty, and highly recommended.

Favorite Restaurant: I was all about this trendy bar called Ayahuasca — a converted mansion with a giant spiral staircase at the entrance. It’s super cool and made me feel like a rock star. I found out after the fact that we were lucky we had an easy time getting in — it’s usually pretty packed.

Location: In the Barranco neighborhood.

Price: A cocktail at Ayahuasca ran about 30 soles, or $9.

Food Total: In restaurants and bars alone, about 425 soles ($129) including tip for two full days — we left after breakfast on the third day.

What People Wear Out: If you’re heading for a night out, it’s trendy chic — I was wearing jeans, a fun jacket, and a bold lip and felt like I was OK, but could have been a little cuter. It wouldn’t have been out-of-place to wear heels or something a little dressier. 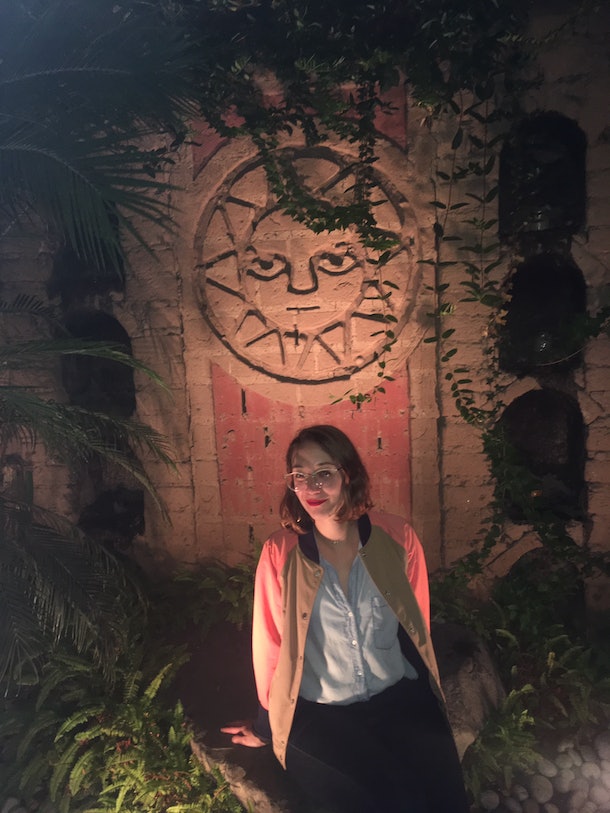 Average Cost Of A Pint: A beer at a trendy bar will run you about 17 soles (just under $6).

Last Call: Late! We went to a bar in the trendy Barranco neighborhood on Monday night and were there until 1:30 a.m., and things were still going when we left.

Cheapest Bar I’d Actually Go Back To: Ayahuasca was cool enough that I didn’t need to go anywhere else!

What I Spent A Lot On That Was Totally Worth It: We did an absolutely awesome walking food tour of the local markets with Haku Tours. The tours run about $60 per person, but apparently, you can get a discount of about $10 per person if you go as a group. The tour guide, Patricia, led us through three different markets for a sampling of food from different regions of Peru, and taught us about a bunch of local fruits and vegetables that were staple foods for Peruvians but I, as an American, had never heard of. The tour took us to a selection of food stalls in the market, where we sampled everything from fresh ceviche to rice and chicken steamed in bijao leaves. Best part? The cost of all the food is included in the tour. Plan on skipping dinner.

What I Spent A Lot On That Was Totally Not Worth It: Probably my phone plan. I can text a lot in three days, but not that much.

What I Spent Little Or No Money On That Was Awesome: Walking along the Miraflores boardwalk! It’s a beautiful walk on a sunny day, and the people-watching opportunities are great. Grab a lucuma (local fruit) drink and go for a stroll. 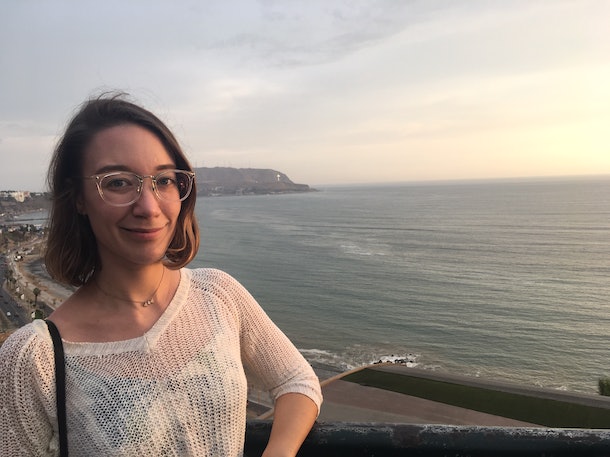 Favorite Thing I Did, Regardless Of Cost: Definitely the food tour. I love food and trying new things, so this was right up my alley. We sampled ceviche, seco de res con frejoles, papa rellena (beef-stuffed mash potato), a lucuma milkshake, grenadilla, and more. If you’re the kind of person who’s always looking for an authentic experience, this is for you — we were the only non-locals at most of these food stands. 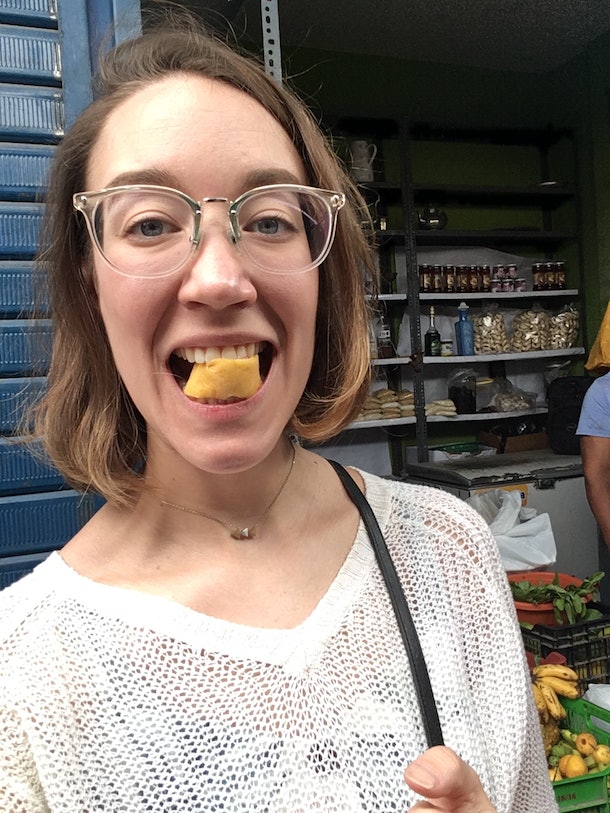 Hidden Gem I Found: Cevicheria Margarita in Surquillo Market was a joy — Rosita, the proprietor and ceviche chef, had the best energy, and her sea bass ceviche was to die for. Flip through for photos (warning: you will be hungry by the end).

The Photo I Took That Got The Most Attention: Surprise surprise, everyone wants a new milkshake experience.

Best Lima Hack: The CDC recommends getting vaccines against Hepatitis A and typhoid for anyone traveling to Peru — get them. The last thing you need are tummy problems while traveling (they’ll make you miss out on ceviche opportunities)!

Advice For Anyone Traveling Alone: Lima is huge. While the more central areas are pretty walkable, expect to get an Uber if you’re going anywhere outside the neighborhood you’re already in. Also, account for the terrible traffic.

Worth It? Totally. I’d go back to Lima in a heartbeat.