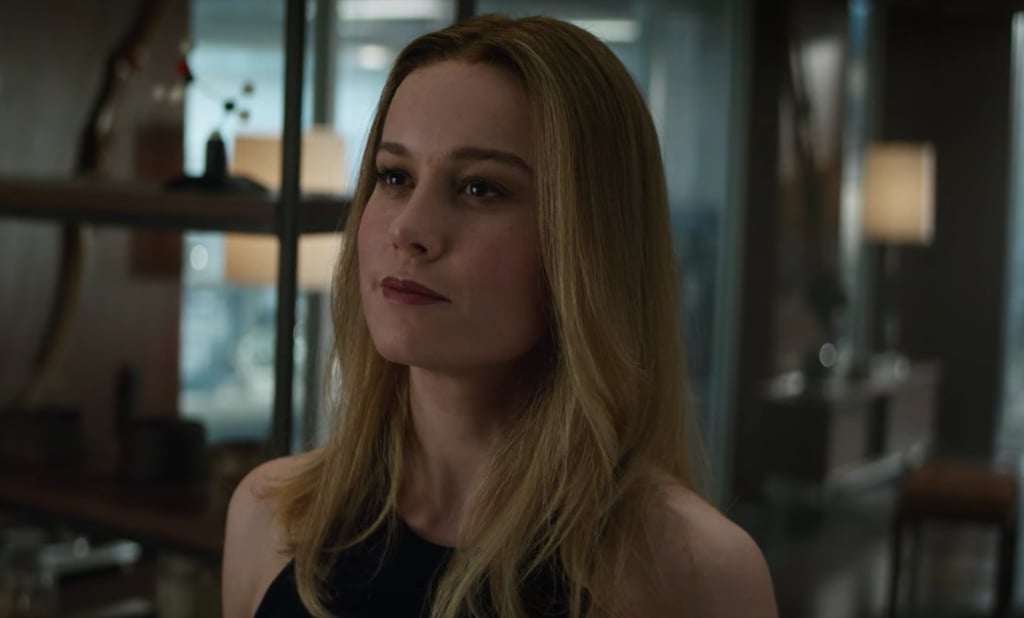 We Have 1 Thought After Seeing Captain Marvel in the New Avengers Trailer: We Like This One

Buckle up, folks, because Avengers: Endgame is about to take us on a crazy journey with Earth’s mightiest heroes. And this time, they have a new ally: Captain Marvel (Brie Larson). The film’s second full-length trailer dropped on March 14, and it’s chock-full of emotional tidbits and epic battle scenes (which begs the question: whomst are they even fighting?!). But the real scene-stealer is Carol Danvers/Captain Marvel, who meets Thor (Chris Hemsworth) and Black Widow (Scarlett Johansson) — something that shouldn’t come as a surprise for those who (SPOILER) have already seen the midcredits scene in Captain Marvel.

Let’s back up a bit and review everything that’s led up to this moment. At the end of Infinity War, we see Nick Fury (Samuel L. Jackson) use a pager to send out an alert to Captain Marvel right before he turns to dust. And in Captain Marvel, we learn that Carol herself gave the pager to Nick, telling him to use it only for emergencies (and we’d definitely qualify the current situation an emergency). We also find out that Captain America (Chris Evans) and Black Widow have been keeping the pager nice and safe while it continues to beep and summon Carol. Finally, Captain Marvel arrives — thank God she didn’t disintegrate — which is what the newest Avengers trailer ends with.

In the trailer, Carol and Thor are having a stare-down while the buff Asgardian conjures his Stormbreaker axe. The weapon comes flying in, right past Carol’s head but — being the badass she is — Carol doesn’t even flinch, prompting Thor to say arguably the best line in the preview clip: “I like this one.” We do, too, Thor.

Naturally, fans LOST IT at this part and have a lot of thoughts about Captain Marvel arriving to kick names and take ass (RIP, Mantis) as well as potentially develop a bit of chemistry with Thor. See some of the best reactions ahead!