The "gig economy” might not have as firm a grip on the workforce as it does in the United States or Europe but research suggests that it is on the rise in Australia.

However, it’s not all millennials with side hustles and university students trying to make a quick buck – mothers driven out of inhospitable workplaces are now taking their chances on what has been dubbed the "wild west” area of the economy. 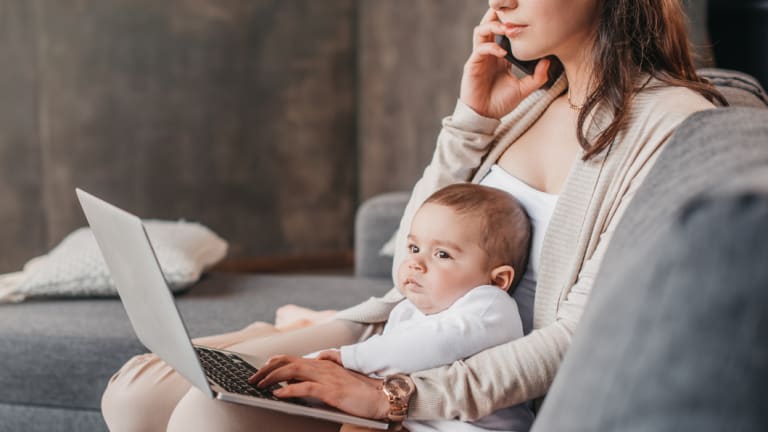 Mothers are some of the most affected by the hardest aspects of the ‘gig economy’.Credit:Shutterstock

Something of a buzzword of the 2010s, the gig economy is widely characterised by electronically mediated short-term tasks (think Airtasker or Uber), with the broader definitions capturing every type of task-based work, including freelancing and independent contracting. Essentially, the self-employed among us who live task-to-task or gig-to-gig without any of the rights or entitlements contract employees receive.

So why are mothers – a disproportionate number of who are primary caregivers – putting themselves in this precarious position? Dr Meraiah Foley, a New York Times journalist turned academic researcher, conducted the first major study into maternal self-employment in Australia in 2016 and found women with dependent children are the most likely demographic to be self-employed in Australia.

However, the majority of the women who identified as self-employed were not, as Dr Foley describes, “entrepreneurs in waiting” – they weren’t running million-dollar enterprises from the comfort of their breakfast bars.

“They didn't become self-employed because they had a longstanding desire to start a business or pursue an entrepreneurial idea or the sort of stereotypical idea we have about people who start businesses,” says Dr Foley, who specifically looked at women who became self-employed after starting a family.

Opting out of contracted employment appears to be less a lifestyle choice and more of a last resort.

“They started businesses after trying to remain in their previous organisational employment situation and finding it untenable with the practical, temporal demands of motherhood.”

Indeed, a significant number of the women included in Dr Foley’s study left organisational employment for reasons such as pregnancy discrimination, which supports the findings from the Australian Human Rights Commission that the practice is still unacceptably high in Australia. As such, opting out of contracted employment appears to be less a lifestyle choice and more of a last resort.

“I think the important thread in the stories the women told me was the sense of feeling betrayed by the employment environment,” says Dr Foley. “Prior to having children they had played by the rules and worked hard in a particular way and then they had children and came back and found that they were no longer welcome. The workplace was decidedly not accommodating.”

Mothers are then forced to parlay their employment rights, security and employer contributions to their superannuation fund for flexibility – and that’s a big problem.

Dr Sarah Kaine, an associate professor in employee relations at the University of Technology Sydney, says the "malevolent aspect of the gig world is that you can put flexibility up front and centre but you have to put a slash and put uncertainty next to it because they come hand-in-hand".

Dr Foley said women have significantly lower superannuation balances than men – on average about half – which is backed up by the findings of the annual HILDA survey.

A staggering 75 per cent of self-employed women have no superannuation savings, or savings of less than $40,000.

The entire gig economy was even denounced as “evil” by the Archbishop of Canterbury recently – so why are we seemingly welcoming this worrying new employment model with open arms?

Consumers and workers are valuing flexibility, says Dr Kaine, whose research into the intricacies of the gig economy has been well documented.

“The problem is that flexibility has often flowed one way and that is to organisations at the expense of those performing the work. It can't be that this area of the economy is left to a 'wild west' unregulated terrain, which we don't allow in any other area of the economy.”