ALDI and Morrisons have beaten posh rivals to be crowned two of the winners of The Sun’s annual Easter egg taste test.

The £2.79 choc from Aldi was our favourite in the supermarket category, while Morrisons’ The Best label egg scored top marks in the luxury section. 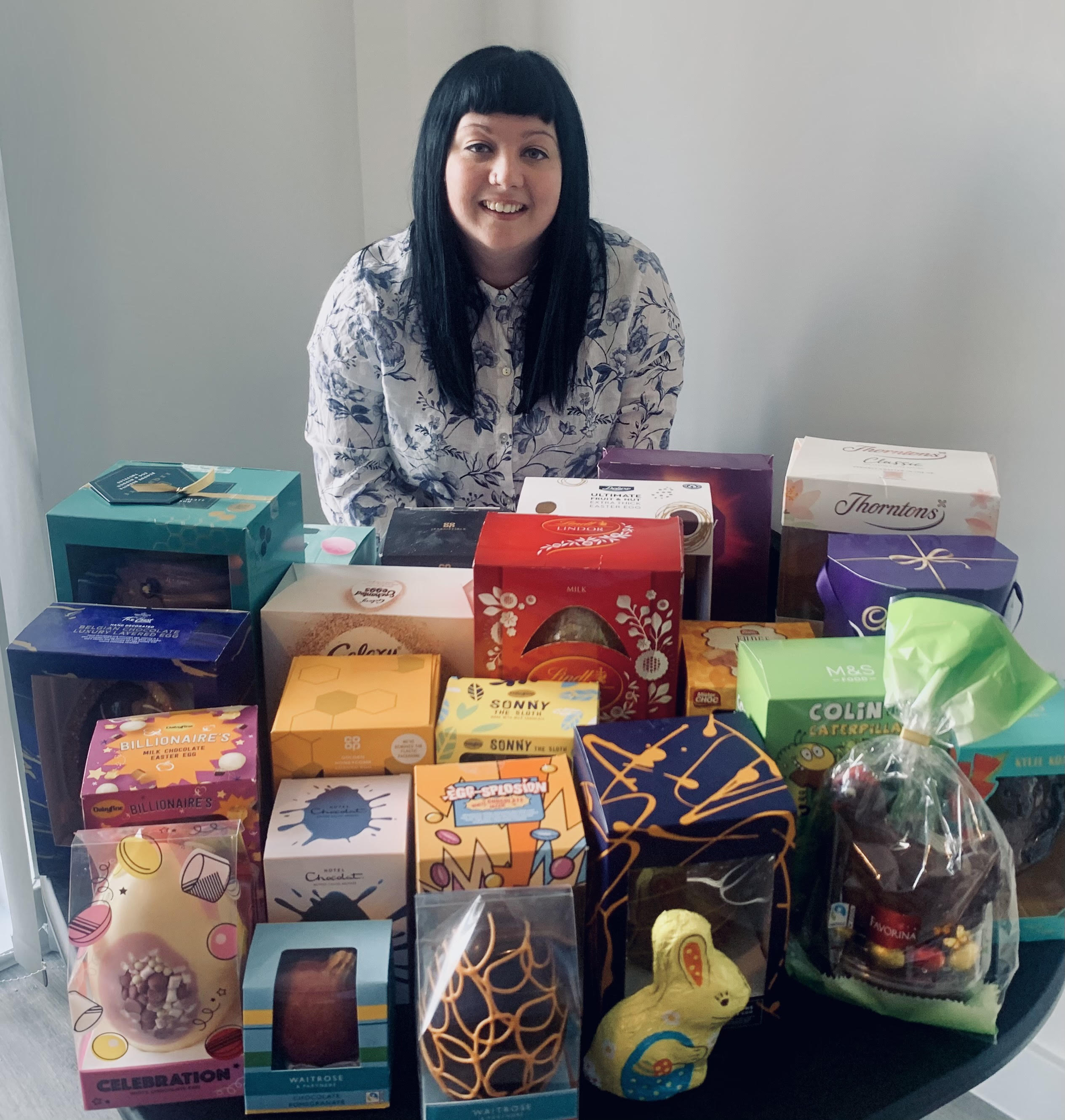 Both supermarkets beat pricier eggs from stores such as M&S, Waitrose and Co-Op.

We ate our way through almost 30 eggs to find you the best chocolate ahead of Easter, which falls on April 4 this year.

As the supermarkets are overflowing with different chocs, we split our test into four categories.

How to cut the cost of your grocery shop

MONEY.CO.UK has shared some top tips with us to help you keep your supermarket spend down to a minimum.

For our third category, we tasted five of the best novelty Easter eggs, before finishing off with six of the best branded chocolates such as Cadbury and Thorntons.

The Easter eggs we tested started from £1, going up to £15 for more expensive chocs.

For each one, we rated them out of 10 for both appearance and taste.

Of course, this score is purely based on our opinion, so you may disagree depending on what type of chocolate you like.

Here are the winners and losers: 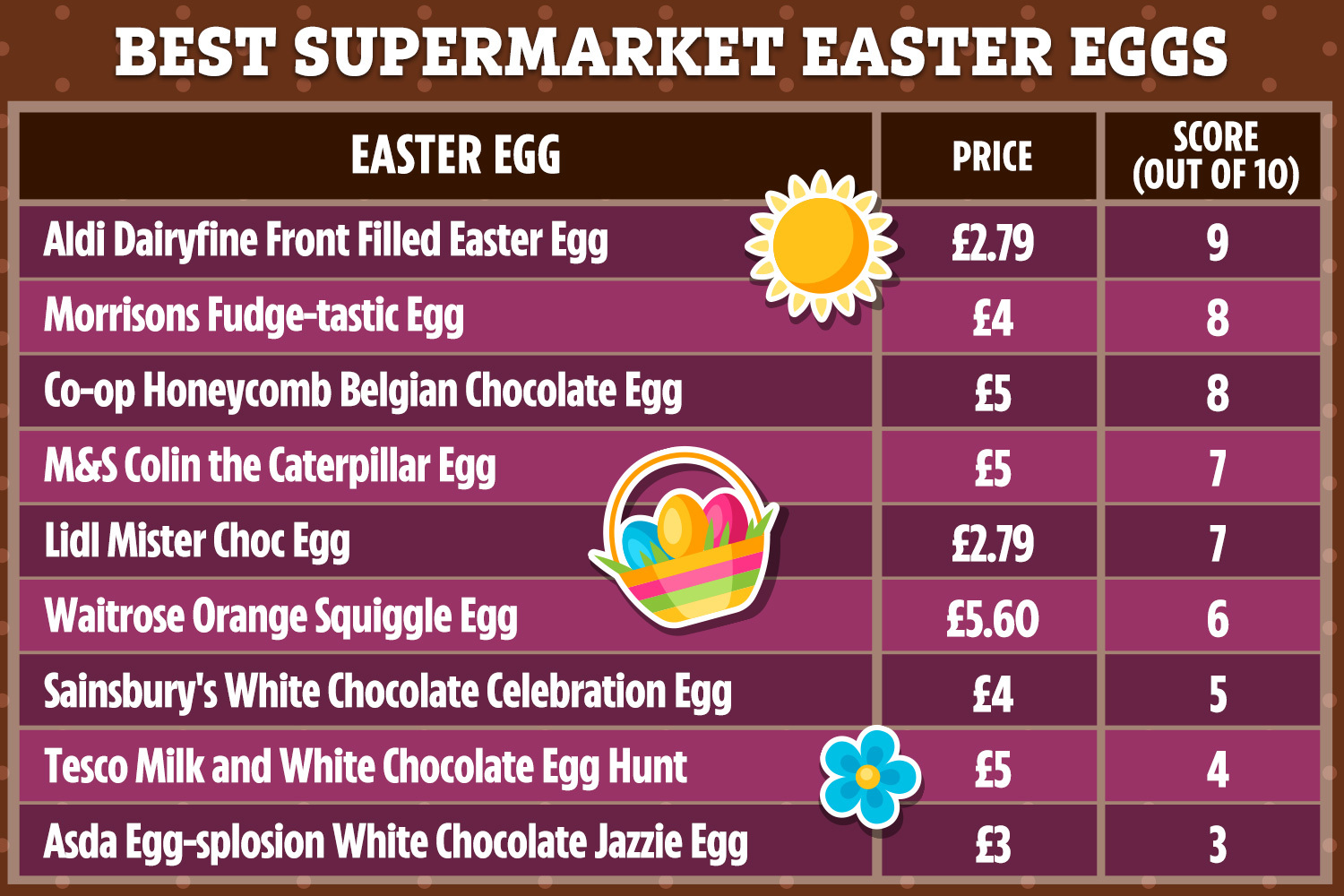 We rated Aldi as our favourite for its £2.79 Billionaire's front-filled Easter egg, giving it a score of nine for its luxurious mixture of fudge pieces, golden honeycomb chunks and white chocolate balls.

We also thought the chocolate itself tasted more expensive than its price tag – despite it being the joint-cheapest in this category.

You'll probably notice there's a trend of front-filled eggs across all the supermarkets this year, but we thought the Aldi one had the best combination of filling. 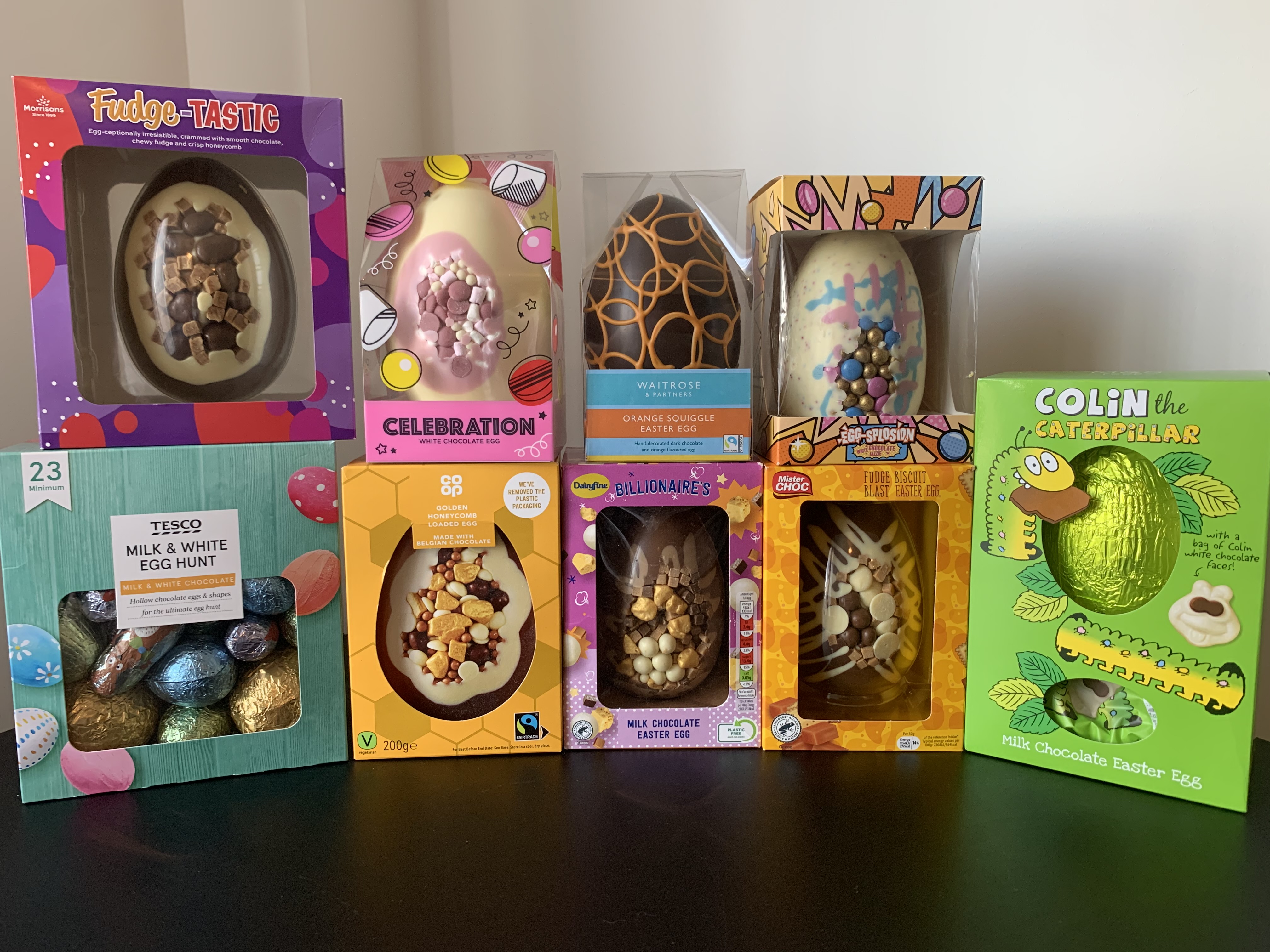 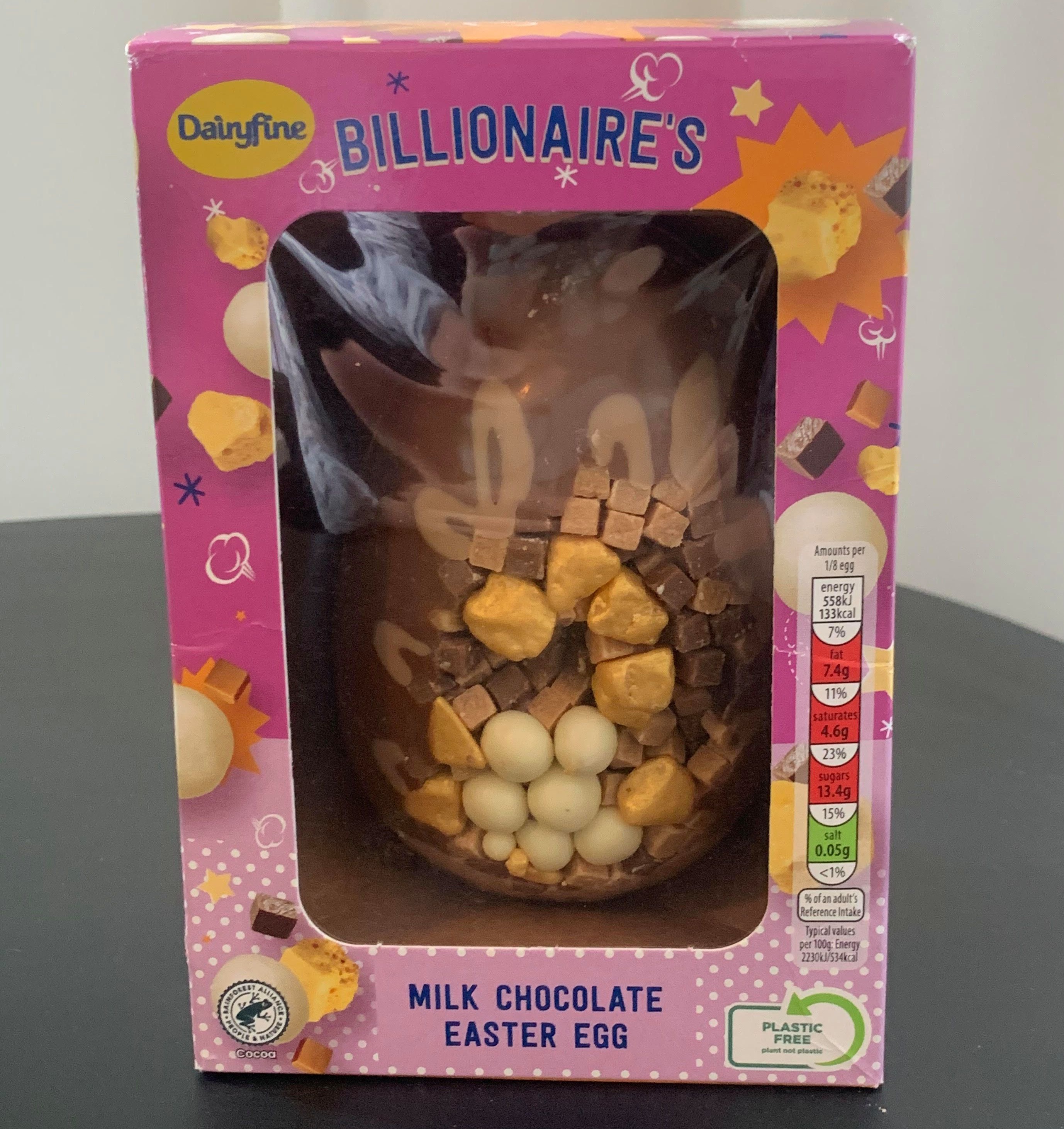 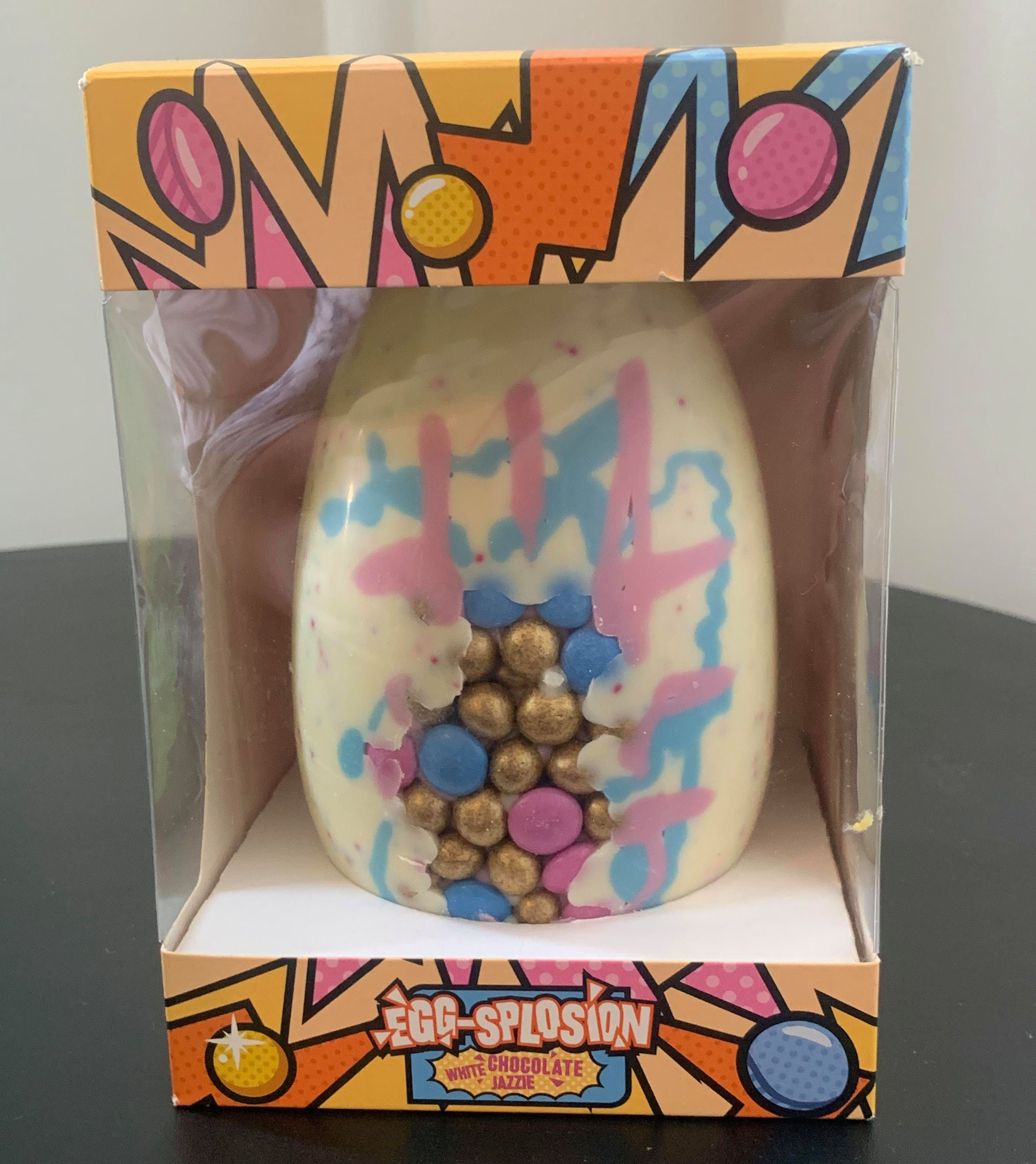 For example, Morrisons' £4 Fudge-tastic Easter egg came joint second – with a score of eight – for its delicious fudge pieces, but it lacked the honeycomb we loved in the Aldi egg.

It was a similar story for the £5 Co-op Honeycomb Belgian Chocolate egg, which also scored eight and had the same honeycomb pieces as the Aldi egg, but no fudge pieces.

Last in this category was Asda's £3 Egg-splosion White Chocolate Jazzie Egg, scoring three points after it left an artificial taste in our mouth.

We reckon this could have been due to the colouring used to decorate the egg but we can't be sure.

It's a shame, as we really loved the pink and blue splatter design and had high hopes for its taste.

We also didn't rate Tesco's box of milk and white chocolate eggs – designed for an Easter egg hunt – as the chocolate tasted a bit cheap, almost like what you'd find in an advent calendar at Christmas.

In our opinion, it was a bit boring compared to the others in this category too, hence why it received four points. 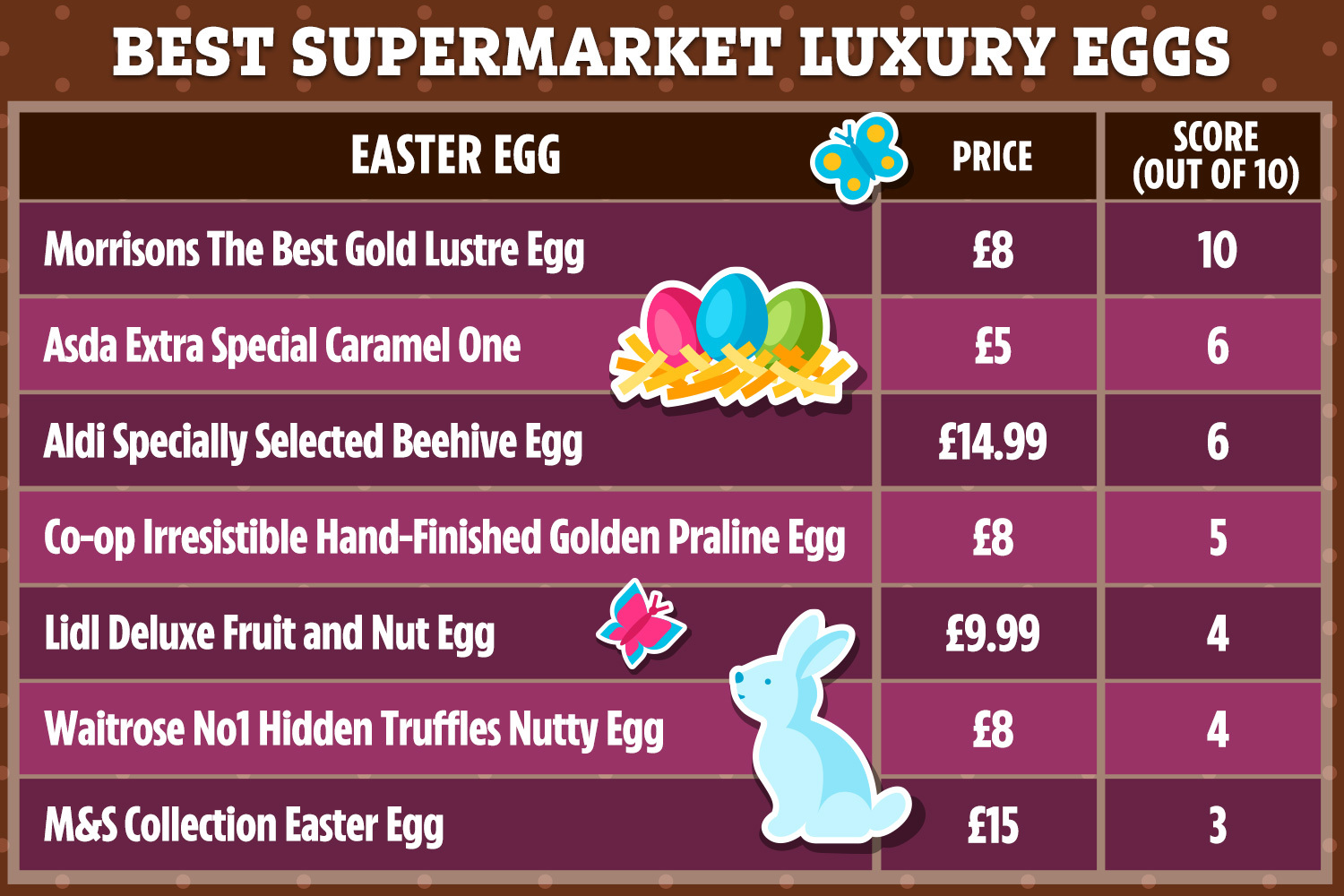 Morrisons scored an impressive ten out of ten – the best throughout our entire taste test – for its delicious Belgian chocolate Gold Lustre Egg from its The Best range, priced at £8.

The beautiful design caught our attention instantly – it's made up of three half eggs which look seriously impressive.

Two of the layers – the outer and inner ones – have been dusted in a gold colouring, while the middle egg is made out of dark chocolate with white chocolate decoration.

Thankfully the egg also tasted as good as it looked, and we praised the chocolate for being extra smooth and silky, but not too rich. 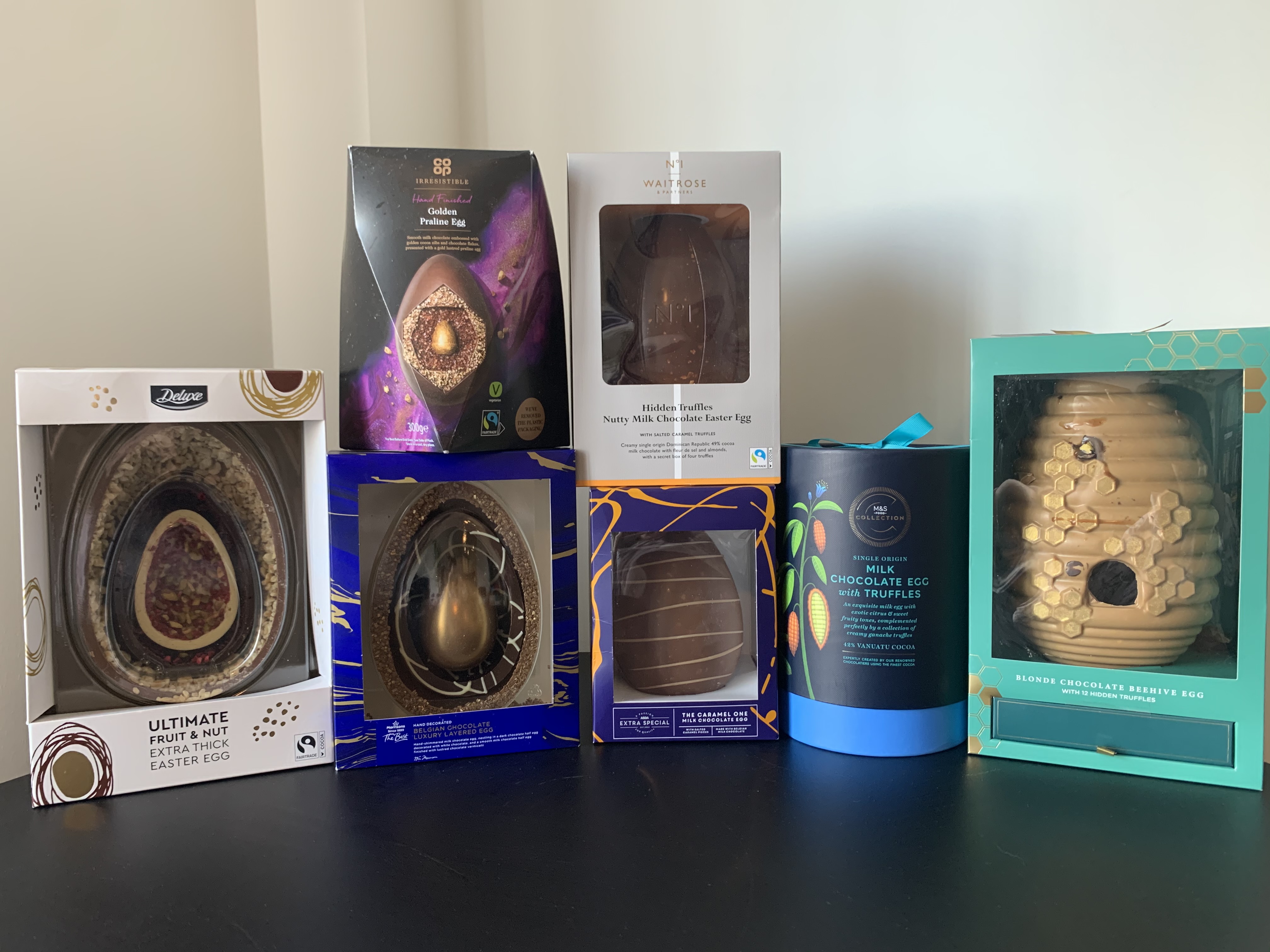 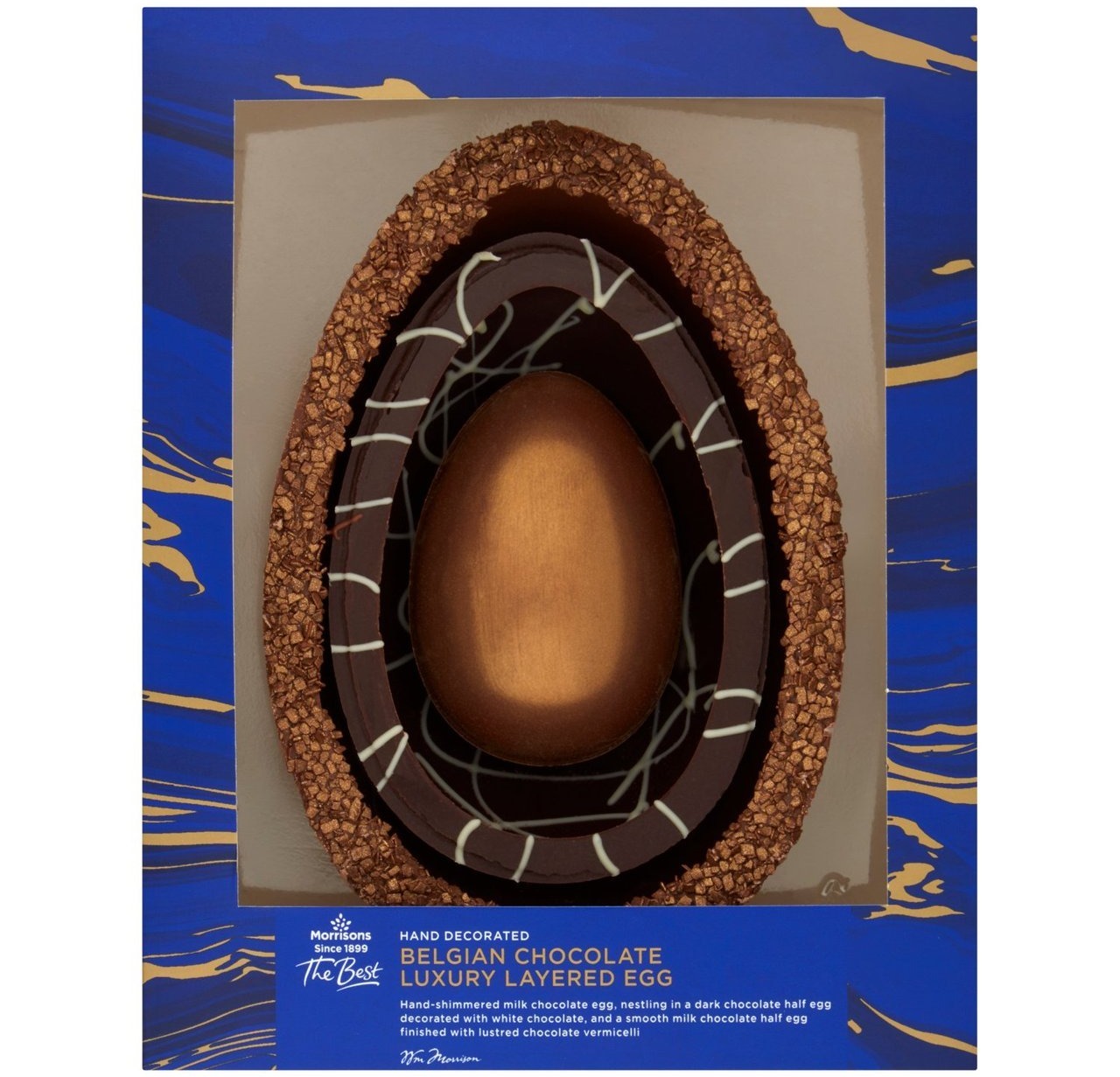 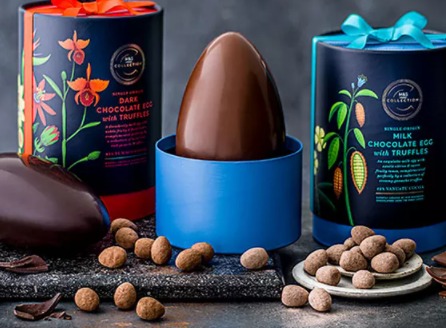 Asda came joint-second for its £5 Extra Special Caramel Egg – the cheapest in this category.

While its design was a bit underwhelming – hence the lower score of six out of ten – the taste was described as "delicious" and we loved the salted caramel chunks.

Also scoring six points, Aldi's £14.99 Beehive Easter egg impressed us with its design – although some chocolate bees had broken off during transit to our house, and the chocolate had started to melt against the box.

The egg itself is made of blonde chocolate and honeycomb pieces, which we could probably only have a small amount of as it is quite sickly.

The most expensive in this category – the M&S £15 Collection Easter Egg – actually came last, with three points, for its underwhelming chocolate.

The egg comes in a beautiful box, which left us expecting something extra special inside – but the design of the chocolate was plain compared to others in this section.

We also preferred the taste of M&S' Colin the Caterpillar Easter egg, which is £10 cheaper.

You should note that the posh M&S egg did come with a box of truffles too, but as the selling point is the egg, we've based our judgement mainly on this.

Slightly above M&S, with four points, was Waitrose with its No1 Hidden Truffles Easter Egg, priced at £8.

I'll be honest, I'm not a huge fan of nutty chocolate which is why this didn't score highly for me.

You may disagree if you like fruity and nutty chocolates.

Not all supermarkets released an Easter egg under their posh brand this year though, so we couldn't include Tesco Finest or Sainsbury's Taste The Difference. 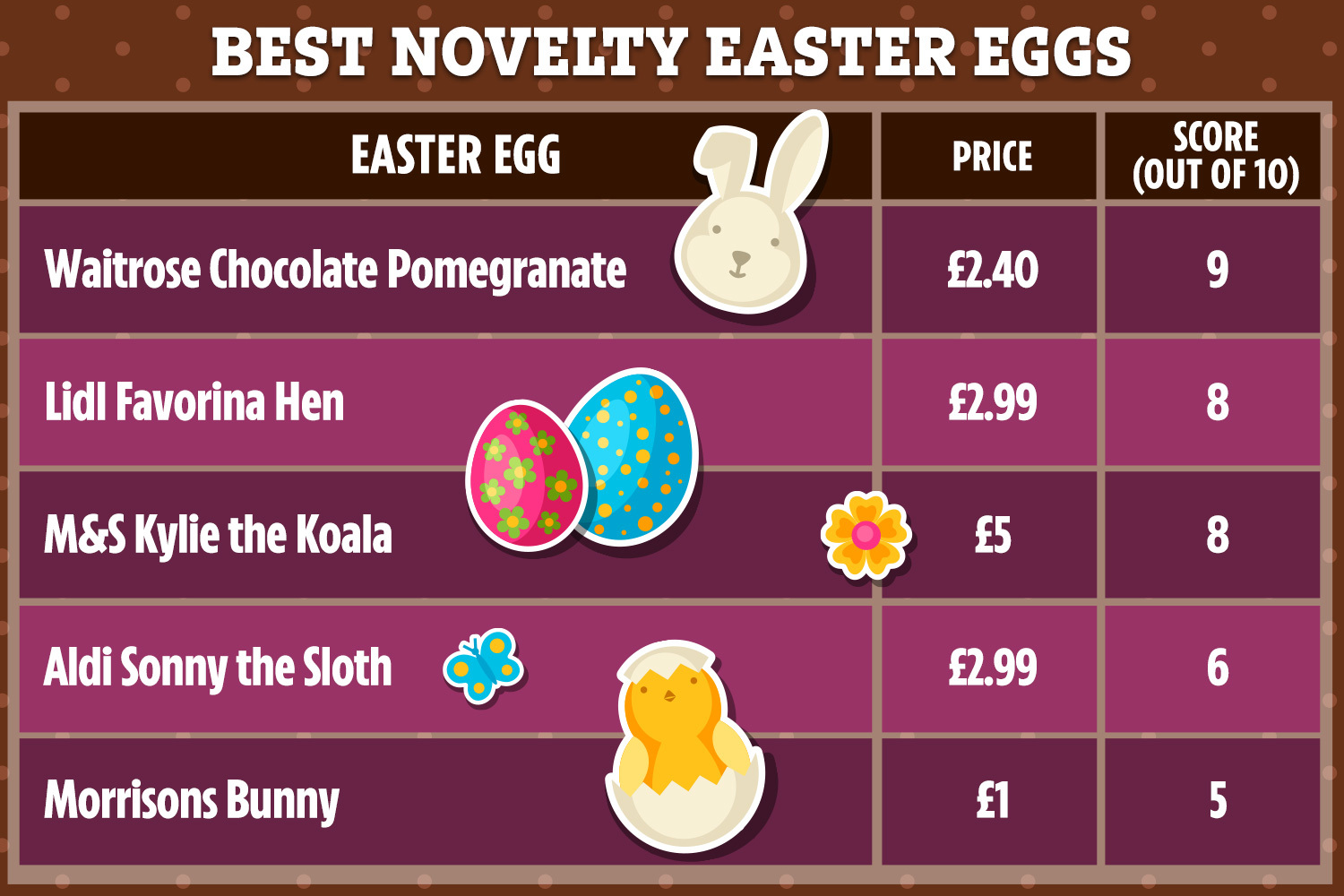 It is seriously cool how this £2.40 sweet treat looks just like the fruit, with the colours being especially bang on.

It even tasted like a pomegranate, which cut through the sweetness of the white chocolate nicely.

Our second favourite was the Favorina Hen from Lidl, priced at £2.99 and with a score of eight points.

The chocolate itself was really yummy – tasting much nicer than you'd expect for the price – and we also rated the cute design.

It even came with a chocolate basket for the hen to sit on. 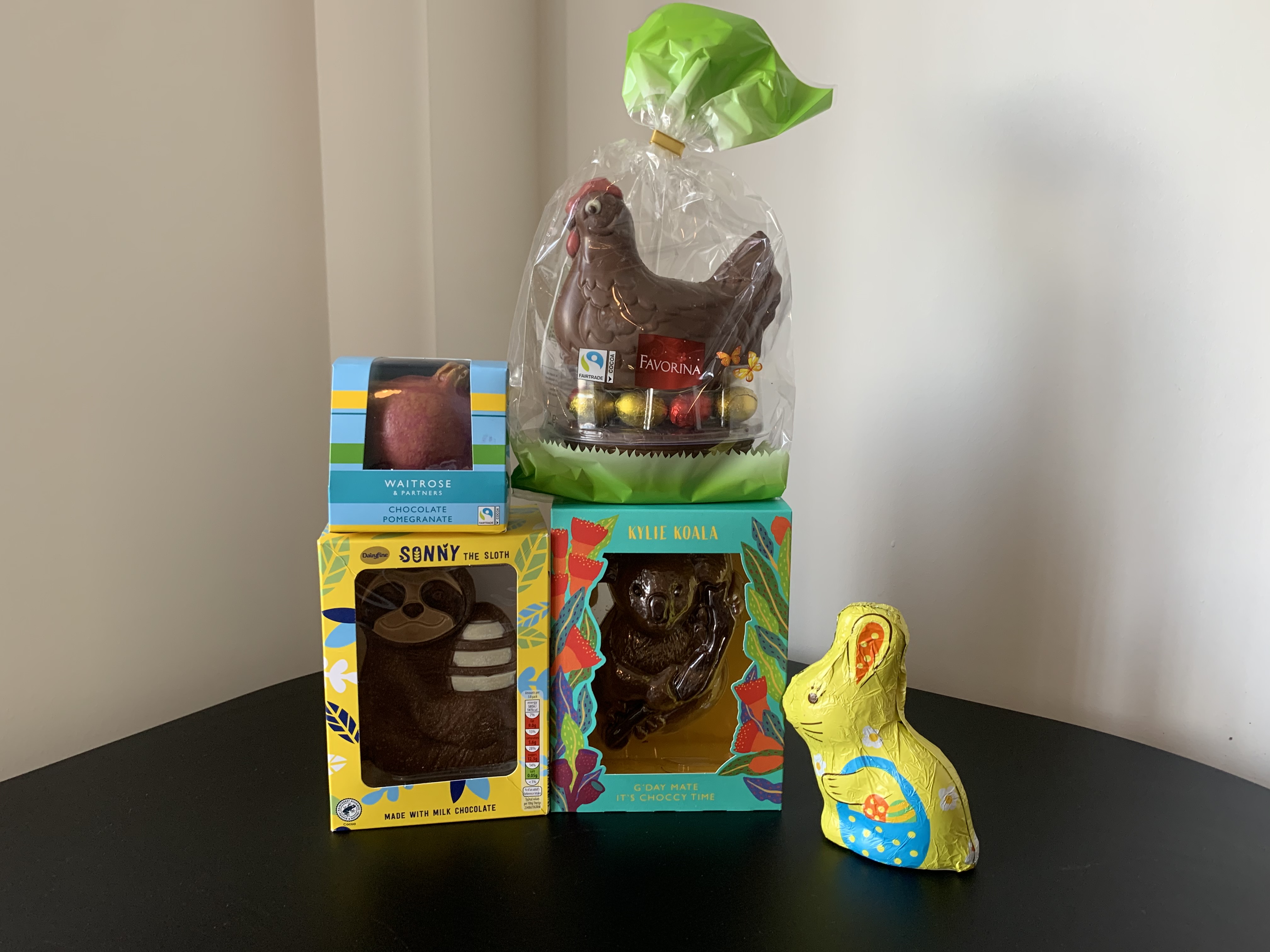 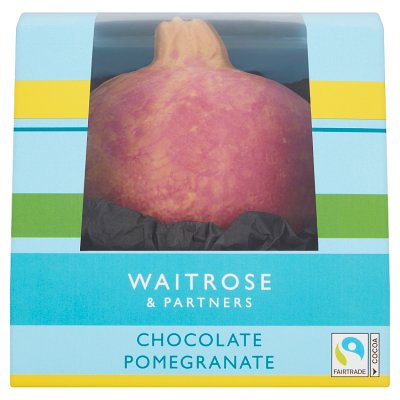 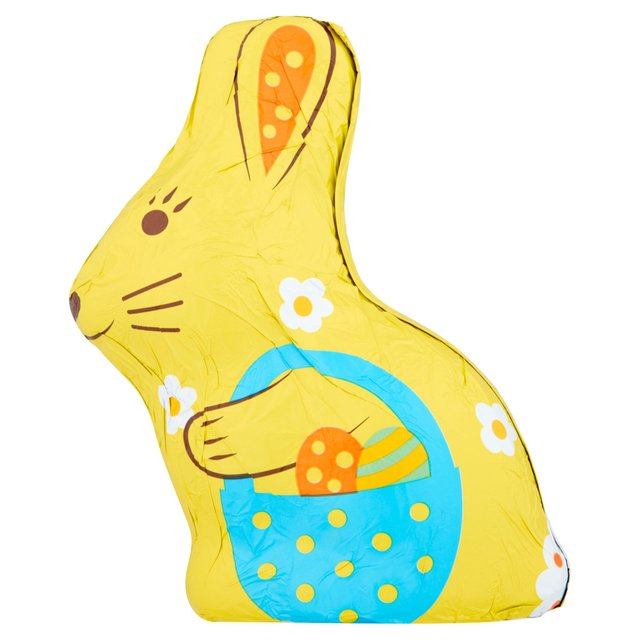 The chocolate itself was ok, but it did taste a bit cheap. We'd rather pay more money for a Lindt bunny.

Just above the Morrisons bunny and scoring six points was Sonny the Sloth from Aldi.

We reckon kids will love this design, but again, the chocolate didn't blow us away and it had a bit of a weird white coating covering it. 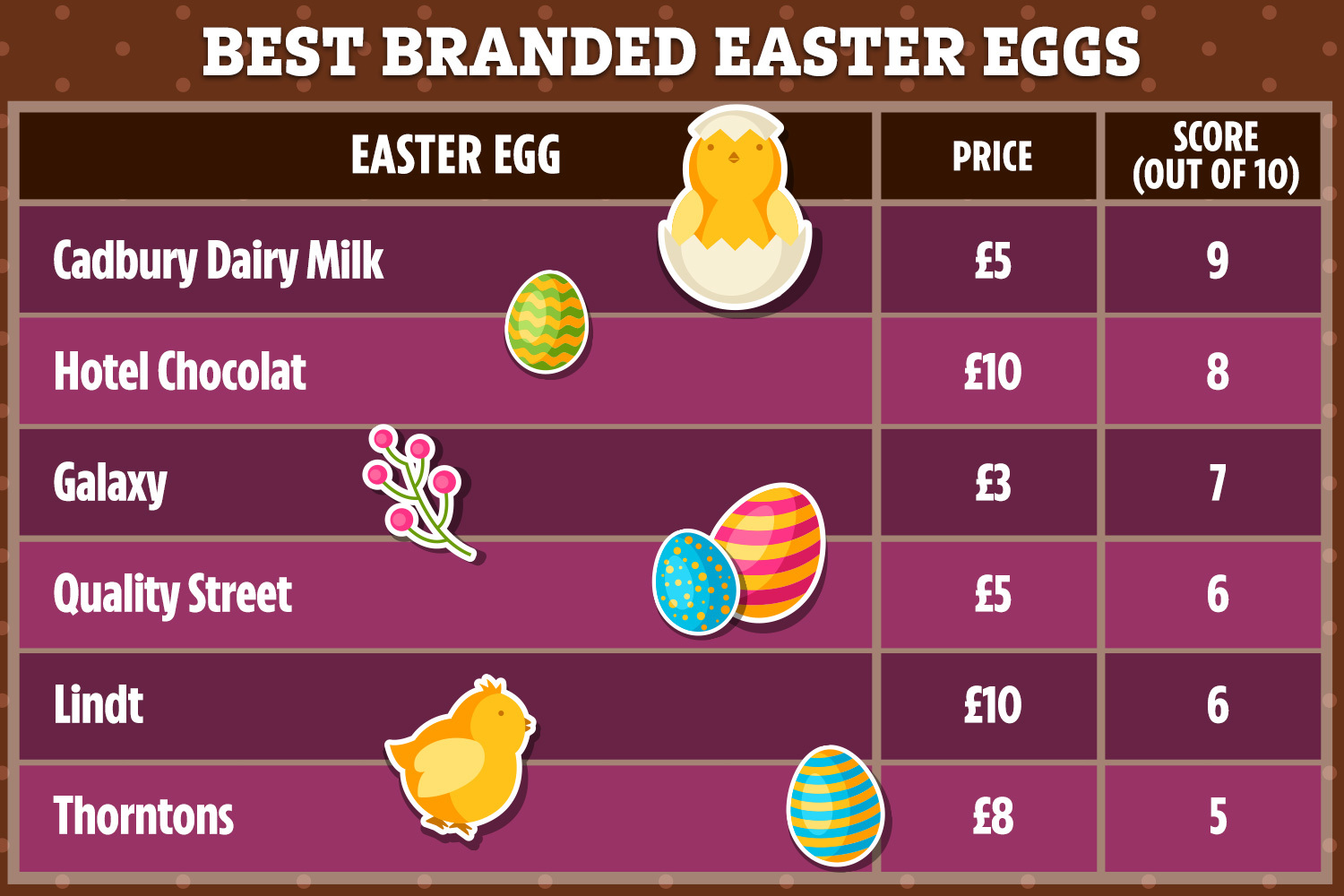 For this category, we tested some of your favourite chocolate brands including Cadbury, Thorntons and Galaxy.

Our winner was Cadbury for its unmistakable taste and if we hadn't already tried almost 30 eggs by this point, we could've scoffed the lot.

The Dairy Milk chocolate we tasted was smooth and delicious, just as you'd expect from the confectionery giant, so we gave it nine points.

Second in this section was Hotel Chocolat, with its 40% Chocolate Easter Egg.

It is pricier than some of the others at £10, but the chocolate itself was extremely tasty – and we loved the egg splat design. 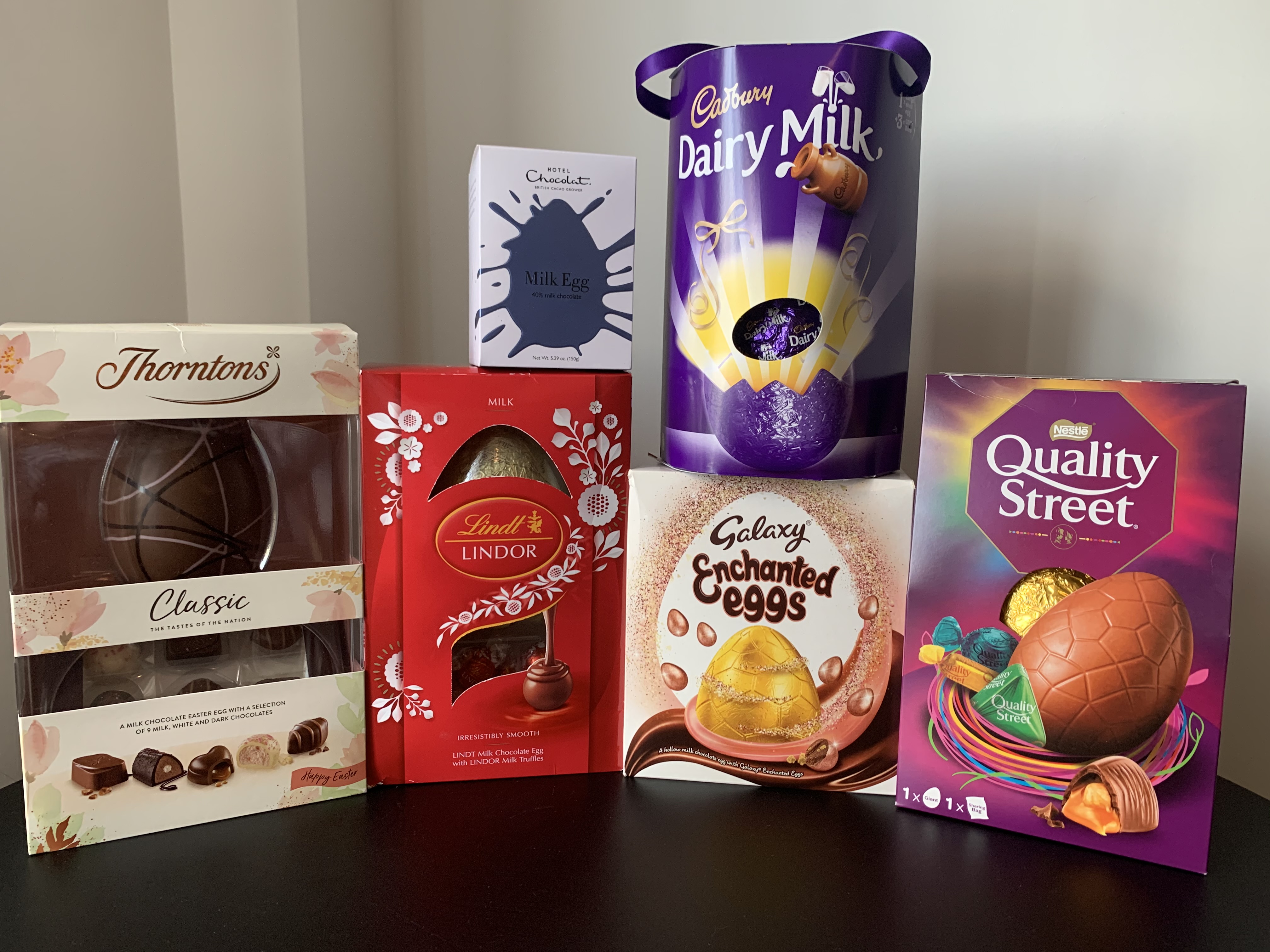 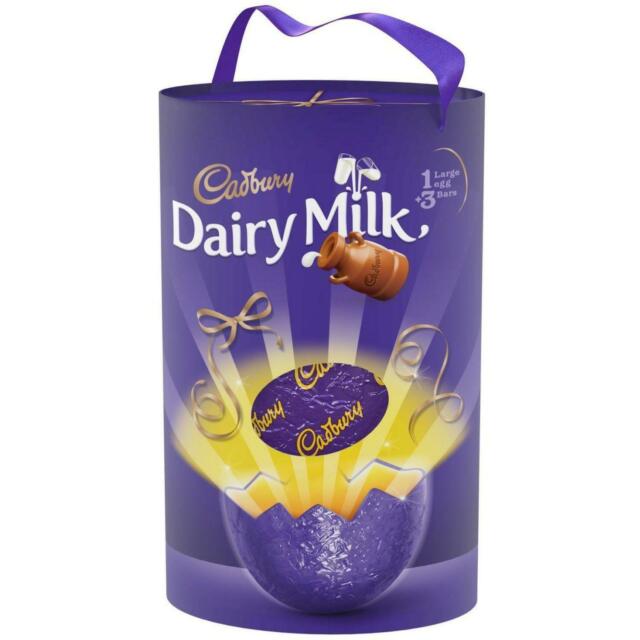 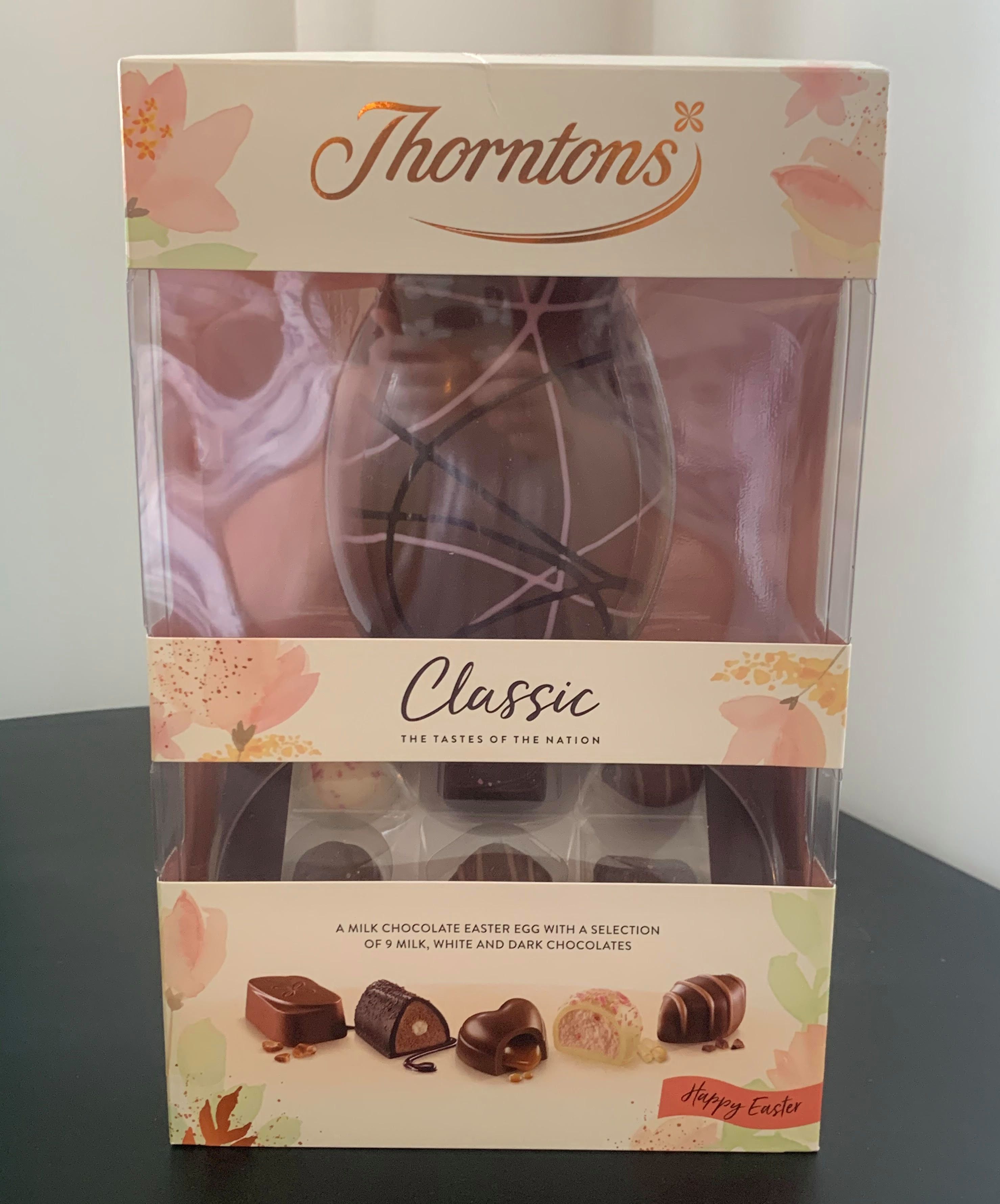 We admit this category was extremely tough to judge, as we did enjoy all the chocolates.

But we had to pick Thorntons to go last, giving it five points, as its taste just didn't wow us as much as the others.

We did like the fact it came with a separate box of chocolates, but the majority of the other eggs in this category also came with extra chocolate too.

For example, you get three bars of Dairy Milk chocolate in the Cadbury one, a bag of truffles in the Lindt egg and Quality Street sweets in the Nestle one.

Lindt and Quality Street received six points each – again, the taste wasn't an issue but we can't deny that we didn't prefer other chocolates in this section.

Deals to look out for include Morrisons slashing the price of Easter eggs to 75p each.

Tesco has a new range of 28 exclusive Easter eggs including a Cadbury giant orange buttons one.