While there is a great deal of speculation about whether Kate Middleton is jealous of Meghan Markle or if she’s driving a wedge between Harry and William, the one thing no one can deny is that she is the light of her husband’s life.

Long before Harry and Meghan started dating, Harry had multiple long-term relationships with women many felt were perfectly right for him. So, what does Meghan Markle have that Prince Harry’s other girlfriends didn’t? 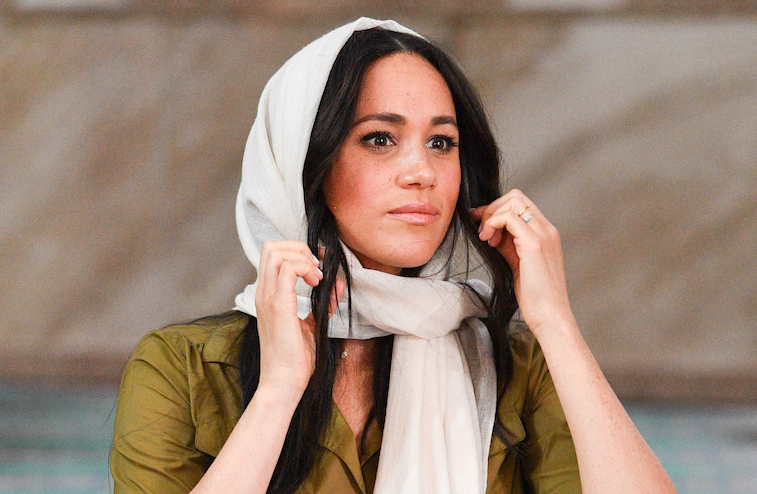 Meghan Markle is beautiful, she’s talented, and she is a warm person, but so were most of Harry’s previous girlfriends. One of the big things that really set her apart from the women he dated in the past was her humanitarian efforts.

Long before she met Harry, Markle was a firm believer in doing everything in her power to make the world a better place. When it comes to completely selfless humanitarian efforts, Harry’s previous girlfriends can’t touch Markle with a ten-foot pole.

Prior to meeting her prince, Markle was active with:

Markle has always been passionate about gender equality and voting.

Her acting career was one of the things Markle gave up when she agreed to become Prince Harry’s wife, but instead of seeming to resent the sacrifice, she embraced how working as actor would provide her with even more opportunities to do good deeds and promote organizations that promote a healthier, happy, and more harmonious world.

While Markle has always wanted to change the world, and had made great strides in that direction, her new position as the Duchess of Sussex is allowing her to dive into humanitarian efforts in a way she was never able to before she fell in love with her handsome prince.

She is currently the patron to no less than four different organizations, which include:

While those four organizations certainly benefit from Markle’s patronage, they are far from the only organizations she helps with and endorses. Markle appears to have a special place in her heart for programs that promote equality, feminism, and children. She is an active supporter of

Before marrying Prince Harry, Markle would speak about the causes she held dear, visit and help at various events, and even wrote well-received papers that outline the challenges people, particularly children and women, face in less privileged parts of the world.

There’s every reason to believe that as a duchess, she’ll become more important than ever to various humanitarian causes.

Prince Harry isn’t a slouch on the humanitarian front

This morning, The Duke of Sussex met with Youth Ministers from across the Commonwealth to discuss ways in which governments can give a higher priority to global issues ranging from climate change to job creation, mental wellbeing, education, and peace and security – all of which are defining issues for the younger generation. As a family of 53 nations, the Commonwealth represents almost 2.4 billion people, 60% of which are under the age of 30. The Duke deeply believes in the opportunity to harness the talent, energy and intellect of young people throughout the Commonwealth as an overwhelming force for good. As Commonwealth Youth Ambassador, HRH shared his insights and experiences from the many young people he has met from across the network of nations, during his first year in the role. Quote from The Duke: "It’s up to all of us to ensure young people’s voices are heard and their interests protected, but it’s the people who have the power to shape policy for young people – all of you – that must champion them at the highest levels.” Photo credit: PA Images

While his wife’s good deeds seem to draw the most attention, it’s worth noting that Prince Harry has never been a slouch when it comes to good deeds and humanitarian work. Inspired by how hard his mother, Princess Diana, worked to improve the world, he has always strived to follow her example. His humanitarian efforts include:

Given the pair’s interest in humanitarian work, it’s easy to understand why this couple works so well together!  It will be exciting to see what humanitarian work they take on in the future.