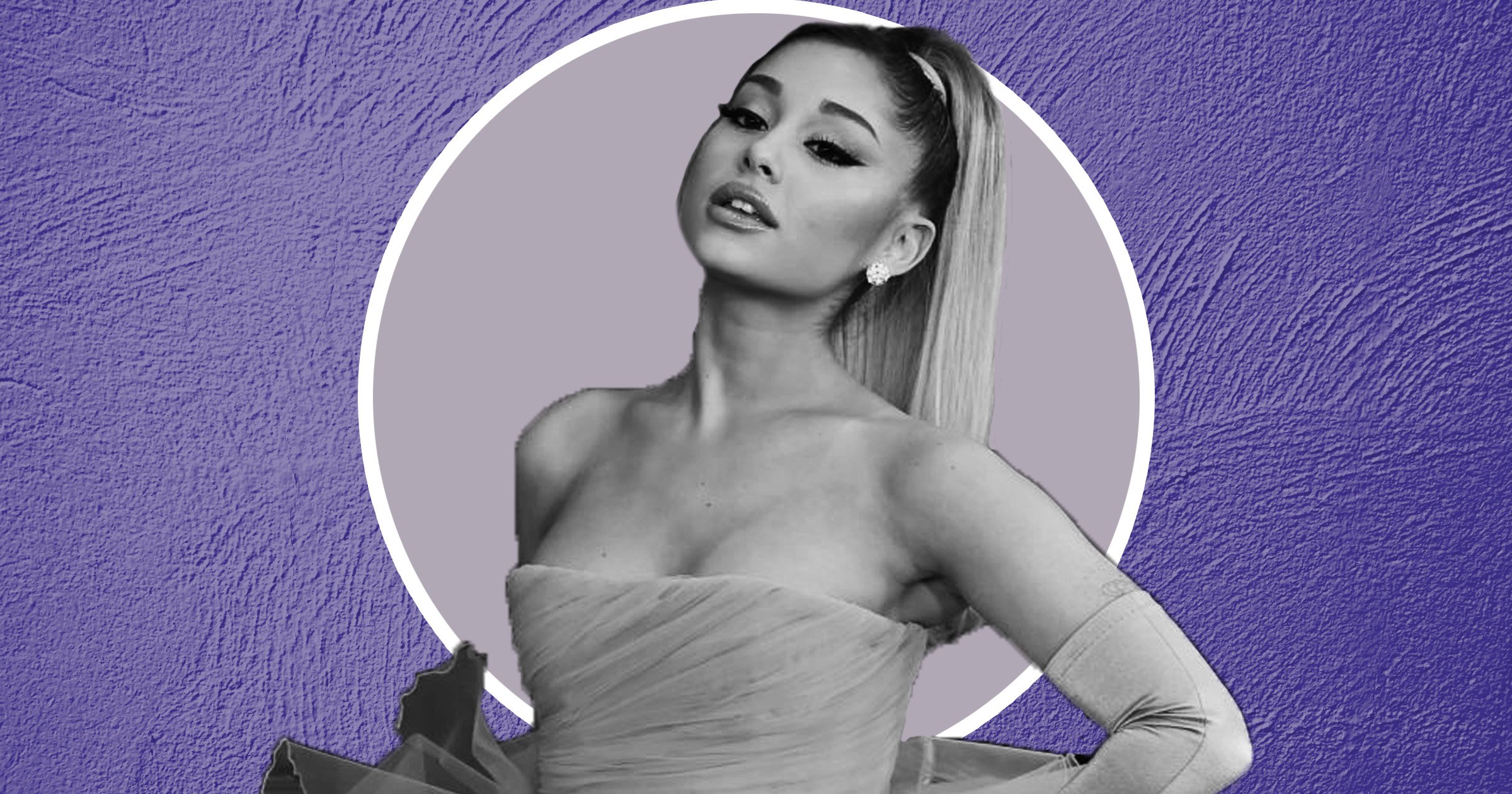 Grammy-award winning pop star Ariana Grande has once again been accused of capitalising on other cultures.

This time the allegation is Asianfishing, after the singer posted a – now deleted – photoshoot to Instagram in which people claimed she was ‘cosplaying’ as East Asian, replicating a similar look to a K-Pop star, despite the fact that she is white.

The term Asianfishing is an off-shoot of the term Blackfishing, first coined by by journalist Wanna Thompson in an article for Paper Magazine in 2018.

Blackfishing describes someone changing their hair, makeup, clothing style, and attitude, to look like they are Black or have Black heritage, cherry-picking the elements that are desirable and leaving behind the ones that are not.

Asianfishing is similar, but refers to people imitating Asian style and co-opting its culture.

People first drew attention to the popstars potentially problematic behaviour on TikTok, with users including @victoriaalxndr and @kuzumi.n discussing the photos.

Kuzumi explained: ‘It’s a combination of the “innocent” posing, the little bows, and even the colour of her lipstick.’

She points to a photo of a K-Pop star she pulled from Google, concluding that they look ‘too similar’ even though Grande is white.

As with Blackfishing and mixedfishing – where a person capitalises specifically on ethnic ambiguity – the way Asianfishing manifests can be subtle and nuanced.

Instances of Asianfishing can include reducing Asian people to stereotypes, particularly involving anime costumes, schoolgirl uniforms, and dressing up as a Geisha, or it can be adopting a certain style of makeup, clothes or mannerisms.

This what Kuzumi is likely referring to when she discusses Grande’s posing and the bows she’s wearing. Though neither are exclusive to Asian people or culture (of which there are many types), it speaks to a certain caricature of East Asian people that harks back to archaic and damaging stereotypes.

TikTok user Victoria said of the photo in her video: ‘I’m not saying that Ariana Grande has moved on from Blackfishing to Asianfishing, but I am saying it took me longer than expected to realise this is her.’

She added that while celebrities often will ‘change up’ their looks, this particular change is quite stark.

Grande has previously been called out for Blackfishing too, particularly in the case of her 7 Rings music video, where her skin was much darker than her natural skin tone, and her actions and mannerisms were seen by some to be an imitation of a Black woman.

The video also had elements of Asian culture intertwined too, leading to Grande getting a tattoo of what she thought was a translation of ‘7 rings’ on her hand (it actually means ‘BBQ grill’).

There have also been unsubstantiated accusations that Grande may have had surgery to make her features look more Asian, such as a fox-eye lift, which is designed to lift the outer corners of your eyes and pull them outwards to give you almond-shaped eyes.

Grande is by no means the only person to Asianfish, with influencer Oli London one of the most famous examples in recent memory.

Oli appeared on This Morning in early July to say that they identified as ‘trans-racial’ and has since spent £175,000 on surgery to ‘identify as Korean’ as they felt they were born in the wrong body.

They said: ‘I had plastic surgery to have the Korean ‘look’ and I’ve become obsessed with Korea. I’ve just had my transition surgery on my eyes and brow to complete my look.’

Many were angry at London’s segment on This Morning, with 123 complaints to OfCom lodged after their appearance.

Sandra Song, a Korean-American writer, wrote for Paper Magazine: ‘Some white fetishist… suddenly deeming themselves “Korean” is incredibly offensive, especially because it effectively trivialises our identities because they’re suddenly “trendy”.

This is the same criticism lobbied at Grande, and other celebrities, as they are accused of cherry-picking elements of a certain race or culture in order to sell a product, or to seem more in line with what’s currently ‘trendy’.

Viv Yau, who identifies as East Asian and is co-founder of Britain’s East and South Asian Network, tells Metro.co.uk: ‘Ariana is not the first to perform Asianfishing. We see it subtly on Instagram posts every day with people posing with the “fox eye” trend or people who wear chopsticks in their hair because they “appreciate your culture”.

‘People like Ariana, who have the privilege of being able to revert back to their whiteness, need to realise that people of colour do not have the same privilege. I cannot easily change my eyes or hide my ethnicity in order to fit into certain trends.’

However, many Grande fans, who are notorious for staunchly defending her, seem to be absolutely fine with what the Grande is doing, and are telling critics to ‘let her live’ and ‘leave her alone’.

One person, who identifies as Korean, in fact did not see any issues with it: ‘We appreciate people who appreciate us. We love it when people love us rather than hate or assault us. So in short, Ariana Grande hasn’t done anything wrong. I don’t speak for all Asians, and if you are Asian and bothered by this, that is valid, but this is my opinion.’

But there are plenty of people in the East Asian community who are concerned.

Another, who spoke to Metro.co.uk directly and wanted to remain anonymous, said: ‘I don’t know if she’s making a a concerted effort to “look Asian” but it does look weird.

‘I don’t know my exact feelings about her new look, but I do think she’s had a history of trying to look racially ambiguous. I’m not trying to “cancel” her, but I and many other Asians (and other ethnic minority people) just want her to stop profiting off “ethnic” looks as a rich white woman.’

They also wanted to highlight the bullying many Asian people have faced from Grande fans in criticising her look.

They added: ‘I don’t understand this idea that Ariana needs to have done nothing wrong for people to still enjoy her music. There’s a narrative being spread online about how “no Asian is actually upset over this” when many of us are.

‘The moment an Asian person speaks up about it, they’re bullied by Ariana Grande fans. The important thing is not to invalidate how Asians feel about it – either way – and not erase their hurt.’

Though many believe she is not ‘intentionally’ doing harm and is simply trying out a new ‘look’, her intention is not the point. The point is that Asian people and Asian culture are not a ‘look’ that you can simply try on and then discard.

Being Asian comes with a heritage and an identity, not to mention the numerous hate crimes Asian people have experienced in the West for centuries – which has only increased since the start of the Covid pandemic.

The FBI warned at the start of the Covid outbreak in the US that it expected a surge in hate crimes against those of Asian descent – and hate crimes in 2019 were at their highest level in over a decade. To ignore this reality of living as an East Asian person in a current climate, while profiting off elements of the same culture is simply not OK.

Yau said she was often ‘teased’ for her ethnicity and further emphasised the violent attacks towards Asian people that she has seen reported in the media.

‘That is what makes these photos of Ariana so dangerous and violent – it perpetuates the idea that my ethnicity, culture, life etc. is just a trend that you can pick up and drop,’ she says. ‘But Ariana Grande will never face any of the hardships that Asian people have and will have to face for the rest of their lives.’

As a rich, white woman, who can look less Asian when she chooses, Grande will never be subject to these horrifying racially motivated experiences. It can be extremely upsetting for Asian people to see people like London and Grande only appropriating what they view as the ‘good’ parts of Asian culture such as K-pop, food, beauty and pretty outfits.

Grande has not responded to these accusations of Asian-fishing, but she did delete the photos in question. In the past, she did respond to fans who criticised her ‘7 Rings’ music video, writing on Instagram: ‘Thanks for opening the conversation and like… to everyone for talking to me about it. It’s never my intention to offend anybody.’

But, is her response enough if she continues, as some claim, to exploit certain cultures for aesthetic purposes?

For East Asians and other people of colour, this sends a message that we are not acceptable as ourselves, but only when our ‘palatable’ elements are chosen as a ‘trend’ by wealthy white people.

Metro.co.uk reached out to Ariana’s reps, who declined to comment.

The State of Racism

This series is an in-depth look at racism in the UK.

We aim to look at how, where and why individual and structural racism impacts people of colour from all walks of life.

It’s vital that we improve the language we have to talk about racism and continue the difficult conversations about inequality – even if they make you uncomfortable.

We want to hear from you – if you have a personal story or experience of racism that you would like to share get in touch: [email protected]