Superhero movies have a tendency to cluster in certain sections of the calendar. May, July, and December are all popular destinations for release windows. This past May there were several that arrived in a row, including Avengers: Infinity War, Deadpool 2 and Incredibles 2. Now in December, there is Aquaman, Into the Spiderverse and Deadpool 2. Wait, how can this be right? Deadpool 2 comes out twice? In fact, it does. The new version even has a brand new title. But what is Once Upon A Deadpool? And why is Fox releasing the film twice in the same year?

The new version of the Deadpool film has the same plot (more or less) as the one released in theaters back in May. There’s just one significant difference. The original was rated R and had scenes added to make sure the film landed the rating. Once Upon A Deadpool is PG-13, with all the gross-out and sexually explicit stuff removed. In its place, the film has added a framing device around the story, featuring Deadpool reading aloud to his grandson, played by Fred Savage.

If this sounds like a parody of The Princess Bride‘s famous framing device, that’s because it is, including the now middle-aged Fred Savage. And he has questions.

These are good questions too, but perhaps the most honest answer Savage gets out of his captor is the one to "Why PG-13?"

The success of Deadpool is one of the better ironies of this decade. In 2014, with the failure of X-Men: Days of Future Past, 20th Century Fox looked like it would bend the knee to Disney’s Marvel Cinematic Universe, like Sony was doing with Spider-Man. Rumors were the production company would a deal to allow the X-Men to cross over into the MCU movies. But then, Deadpool, the foul-mouthed, R-Rated MCU parody film became the biggest February debut ever. It showed 20th Century Fox there was a way to keep making X-Men films, ones that would succeed in this new landscape.

But Disney, never one to take no for an answer, decided just to buy out 20th Century Fox wholesale and get everything it wanted in one fell swoop, including the rights to the first six Star Wars films, Fox’s share of Hulu, and all the Marvel characters they were missing. 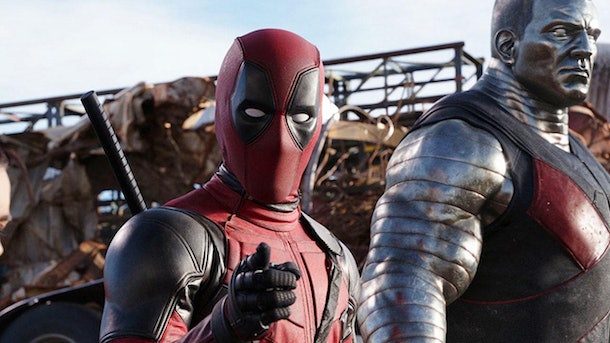 But what would happen to something like the Deadpool franchise, a concept rooted in everything Disney isn’t? The entire conceit of the film is to make fun of the House of Mouse’s bloodless and chaste superhero juggernaut. Most industry watchers see this experimental Once Upon A Deadpool PG-13 re-release as a test balloon. Can Deadpool work as a harder-edged PG-13 movie?

If so, and if audiences are willing to accept a watered down version, it will be easy for the next Deadpool film to be redubbed as "X-Force" and relaunch as a franchise that walks right up to the R-rated line without ever going over.

If not, this could be the end to Fox’s potty-mouthed superhero. At least he can ride into the sunset to the strains of Celine Dion, knowing he served his purpose while it lasted.