What was Michael Gove thinking of when he trashed Liz Truss and Kwasi Kwarteng’s policies? Ditch the grenades Michael, unity is essential, writes DANIEL JOHNSON

Michael Gove is a brilliant man, a thoughtful Conservative and one of the most experienced people in British politics. So what was he thinking of yesterday when he trashed Liz Truss and Kwasi Kwarteng’s policies on the BBC?

Not only did the veteran minister denounce his own Government’s economic plans – pouring particular scorn on the abolition of the top rate of income tax – he even cast doubt on whether he will vote for the Chancellor’s mini-Budget when it comes before the Commons.

All that was bad enough. But yesterday, there were reports that the Scotsman – who now finds himself on the backbenches after 12 years in a string of government posts – ‘is planning to let off a few grenades’ at fringe events at the Tory conference in Birmingham this week. 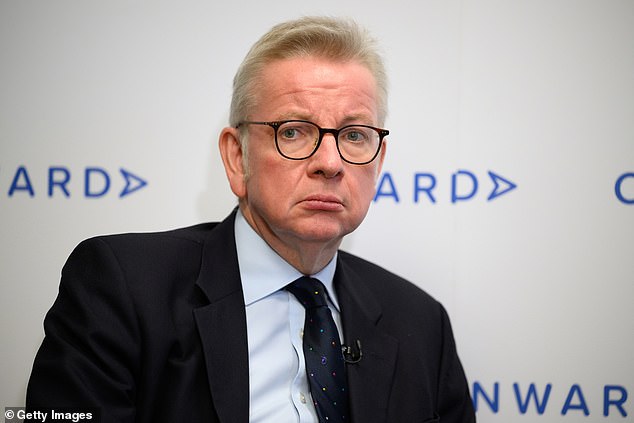 Michael Gove is a brilliant man […] So what was he thinking of yesterday when he trashed Liz Truss and Kwasi Kwarteng’s policies on the BBC?

Here I must appeal to him directly. Michael, don’t pull the pins on your grenades – or they’ll blow up in your face.

I have known Michael Gove for 25 years, since we worked together at the Times newspaper, and I have followed his political career with admiration.

Unlike so many underachieving ministers, he has left an indelible mark on every department he has run, from prisons to the environment. My own children, like millions of others, benefited directly from his vital reforms as Education Secretary.

So I am the first to state how effective he can be. And that is what makes his current conduct so dangerous and so reckless. Mr Gove is alleged to be the ringleader among a group of ‘plotters’ seeking to undermine Miss Truss’s administration – and even bring about its end.

Let me remind you: Miss Truss has had her feet under the desk at No 10 for less than a month. Even to contemplate ousting her at this point is nothing short of demented. It would lodge in the public’s mind the conviction that the Tories were mired in chaos. After four PMs in six years, to anoint a fifth would be suicidal. 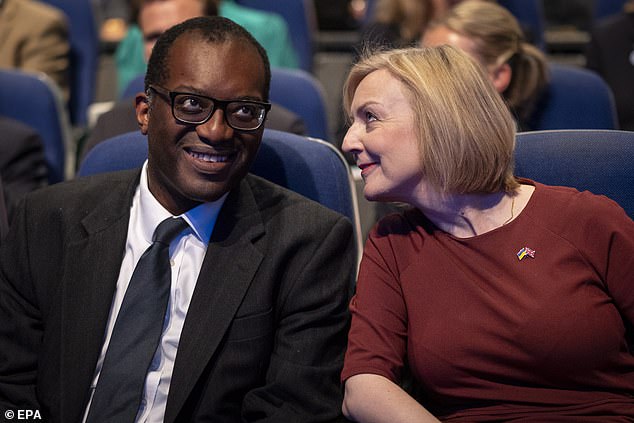 Mr Gove may be a dangerous man to have as an enemy.

But he, of all people, is clever enough to realise that a party at war with itself can never expect to win. Mr Gove initially wanted the talented junior minister Kemi Badenoch to succeed Boris Johnson as leader. After Kemi was eliminated, he threw his weight behind the former Chancellor Rishi Sunak.

I profoundly disagreed with him on this.

I blame Sunak for letting inflation soar out of control thanks to his excessive spending during the pandemic, and I deplore the fact that this alleged Conservative hiked taxes to their highest level for 70 years.

But whatever your views on all that, the result of the leadership race is clear. PM Truss beat Mr Sunak – fair and square. The party must now unite behind her — or face its own annihilation.

The markets have been up and down during the past 10 days. But I still believe that the PM and her Chancellor have got their priorities right.

Britain must once again become a low-tax, high-growth economy, or we will languish behind our competitors.

From Gordon Brown to the International Monetary Fund, the critics of ‘Trussonomics’ are almost all slavish followers of the lazy economic orthodoxy that has prevailed since the 2008 financial crash. All well and good – until you remember that our economy has been sluggish for virtually all that time.

I cannot believe that Mr Gove, who articulated the arguments for Brexit better than anyone, is truly afraid of bold and buccaneering economic policies – especially those, like removing the politically popular but economically stupid cap on bankers’ bonuses, that are possible only because we left the EU.

Instead of calling such cuts ‘a display of the wrong values’, Mr Gove should be asking himself what they will achieve. 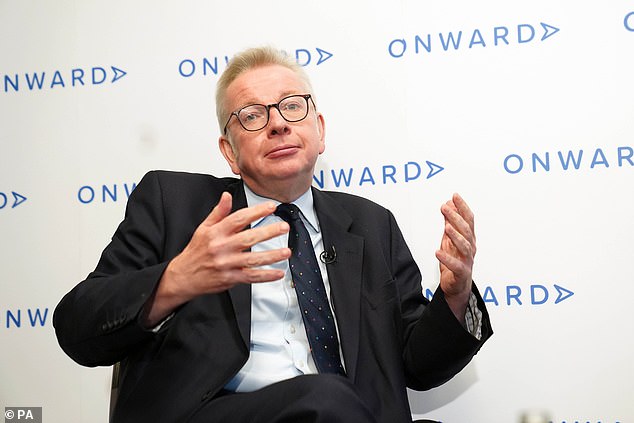 I cannot believe that Mr Gove, who articulated the arguments for Brexit better than anyone, is truly afraid of bold and buccaneering economic policies – especially those, like removing the politically popular but economically stupid cap on bankers’ bonuses, that are possible only because we left the EU

For an answer, he might look to America, where a number of conservatives, languishing under Joe Biden’s wokist redistributive presidency, are hailing Mr Kwarteng’s mini-Budget.

One of them is Arthur Laffer, 82, whose celebrated ‘Laffer Curve’ demonstrated the paradox that certain tax cuts can increase government revenue and thus pay for themselves.

Mr Laffer, known as ‘the father of Reaganomics’, said yesterday: ‘Your Prime Minister and your Chancellor of the Exchequer are doing the right thing, right away.’

And though it’s too soon to be sure, Laffer may already be being vindicated: the pound has bounced back from the doldrums of last week and much of the market panic has subsided.

And though the chattering classes may be shrieking about the ‘tax cuts for the rich’, nobody – least of all Mr Gove – is criticising the Government over the energy-bill price cap or for reversing Mr Sunak’s hated hikes to National Insurance and corporation tax.

The truth, Michael should not need to be told, is ‘Tina’: there is no alternative.

The Labour Party has just put on a fine show of unity at its own conference, and Sir Keir Starmer – insofar as his inexpressive face reveals anything – is looking like a man who believes he can win.

The Tory ‘plotters’ do not want Sir Keir or his nightmarish Lib-Lab coalition anywhere near No 10. As Benjamin Franklin said of his fellow American revolutionaries: ‘We must, indeed, all hang together – or, most assuredly, we shall all hang separately.’

If a week is a long time in politics, two years is a lifetime. The Tories can turn the economy round – and win in 2024.

But only if the likes of Michael Gove keep their grenades locked up in their political arsenals, instead of using them to blow up their own side.