In the 1998 poker film Rounders, Matt Damon's card player observes that, "If you can't spot the sucker in the first half hour at the table, then you are the sucker." Is it the same for Married at First Sight contestants? If you're standing there during the first episode as the love-starved singles are introduced and you can't figure out who's the screw loose, wine thrower and f-bomb mortar in the mix, does that mean you are? That high-octane antagonism is what Australia's top reality show – let that sink in – promises with every rancorous season, and this will be no different. It's noticeable that the default setting for the women is being hopeful of finding romance, while the men are up for an adventure, and it would be interesting if the edit pushed more of the entry storylines out of conventional confines. Still, we have Michael, a 28-year-old company director who is already having an affair with his watch collection. "I'd rather cry in a Ferrari than a Datsun," he succinctly observes, and if he's not setting off alarm bells then you obviously haven't watched MAFS before. More of a worry, 27-year-old retail assistant Connie, who's been alone for five years and appears to be quite emotionally fragile – it's one thing to put narcissists and tough nuts on this show, but please spare the vulnerable. The fact that Connie "believes in the science" behind this ratings juggernaut is a real worry, since it's fairly well established that the only applicable formula here is mismatched pairings x questionable morals x explosive tempers (thanks, Sir Isaac Newton). This debut episode is long on pretend reasoning, white gowns, and wedding frowns, but the ructions are never too far away. "Pray for me," declares a nervous Aleks on opening night, and frankly the sentiment should be mutual. 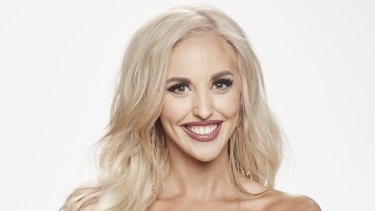 it would be interesting if the edit pushed more of the entry storylines out of conventional confines. Credit:NINE

With the tempo of a thriller, Ambulance Australia is gripping viewing. Photo: Network 10

Kicking off the fourth and final season of this sketch show about black life in Australia with a rapacious tooth fairy who's just a little short on coins, Black Comedy continues to profit from conventions and cliches that the Indigenous writers and performers can upend for seditious laughs. The pieces move between loving send-ups of relatives and community members to dissections of burdensome stereotypes, and assurance has made for more dexterous and playful material. Visual homages, notably a thriller about a menacing Indigenous Support Centre at a university, also ring true to their genre. Veteran cast members Nakkiah Lui (who's now also directing) and Aaron Fa'Aoso return alongside newcomers, with a strong hit-to-miss ratio in this episode. Watch for the punchline about a famous Australian comic in the sketch about an uptight black activist at a party – it's scalding.

Fronted by former English Conservative politician and government minister turned steam train broadcaster Michael Portillo, this BBC series offers a distinctly British view of our "spectacular continent". With Portillo as guide, that means a thorough examination of railway history, strikingly shot landscapes, and what outsiders perceive as local colour – yes, a baby kangaroo is fed, the Great Barrier Reef feted, and our Indigenous history and traditions noted. Nothing is as loud as an engine's whistle, but if trains are your thing then this episode's journey from Port Augusta to Darwin on the Ghan makes it worth tolerating the diversions along the way.

Who knew the Gold Logie could accomplish good? Having promised he would rescind his announced departure from the ABC's quip-laced quiz show if he picked up the award, host Tom Gleeson happily returns for the fifth season of Hard Quiz. Did the network have a shortlist of suitable replacements that sat in the sweet spot between jocular and misanthropic? At this point it's hard to imagine Gleeson being matched, even if the first few minutes of this new episode strain a little as he cheerfully mocks the four contestants and their chosen areas of expertise. Eventually he hits pay dirt with Xanadu devotee Brigid. There's a certain level of masochistic familiarity in appearing on Hard Quiz which is now baked into the show, although part of the viewing pleasure is that even if you took away Gleeson's sardonic queries the format still neatly works. And congrats to Lady Gaga stan Vinny, who manages to get a dig or two in at Gleeson.

For a scripted Australian series to get season four on a main free-to-air network, not a digital sideshow, is no small achievement. In the case of Doctor Doctor, the fish-out-of-water melodrama about an arrogant medico exiled to live and work in the small country town where his family resides, it's meant a balancing act between homespun idiosyncrasies, romantic intrigue, and setbacks that need to be summited by Rodger Corser's Hugh Knight. If season three managed to make him a single father – Corser is very good at baby monologues – this new episode finds him cock-a-hoop at a business deal on his daughter's first birthday. Naturally, it doesn't work out – living in a town named Whyhope does suggest a certain pessimism – and there is some resulting kerfuffle for Hugh, which as ever clears more quickly than you would imagine possible. The conducive touch of Doctor Doctor remains its strength, and with Miranda Tapsell already part of the supporting cast the ranks of those who can spar with Hugh expands with the arrival of Kate Jenkinson's new hospital registrar Tara. "Get over it, dipshit," are her first words to him. Sounds about right.

Twenty seconds into the new season of this observational documentary series and it's a matter of life and death: a girl has called Brisbane's triple-0 because her grandfather has fallen over and can no longer speak. The operator's questions about his condition are heard over paramedics racing to the scene, although their progress is unexpectedly interrupted. Situations change on the fly on Ambulance Australia, which is assembled with the tempo of a thriller and keyed to the matter-of-fact professionalism of those trying to make a difference. As stories are interwoven the complexity increases and moments of insight appear. It's gripping, unadorned viewing.

First aired here via Foxtel, this beguiling six-part adaptation of John le Carre's 1983 spy novel about an Israeli operation to penetrate a Palestinian terror cell is immersed in subterfuge. Leading Korean filmmaker Park Chan-wook (The Handmaiden) directs, with marvellously inventive technique, a cast that includes Little Women star Florence Pugh, as an English actor steered into being an infiltrator, Alexander Skarsgard as her conflicted Israeli handler, and Michael Shannon as their spymaster. It's a distinct, telling take on the espionage thriller.