One is a relatively upbeat crime series and the other a feel-good hospital drama. One is set in the Caribbean and the other in southern India. But Death in Paradise and The Good Karma Hospital have a lot in common. In both, there's a focus on the exotic natural beauty of the setting, a pleasing feeling of sunshine and warmth perhaps designed to comfort English viewers through long, grey winters. Both are also shaped by an essential good humour and optimism. Furthermore, they feature English lead actors, surrounding them with supporting casts that attest to the vivacity of the locals. 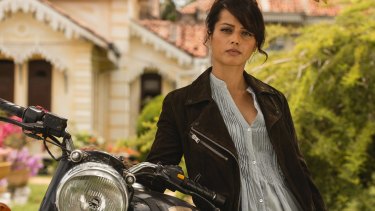 As the third season of Good Karma begins, nine months after a fertility festival, the hospital is packed with pregnant women and Dr Lydia (Amanda Redman) is being her customarily brusque, bossy and capable self. Dr Ruby (Amrita Acharia) returns with her pregnant sister, poised to rediscover her love of the place and its handsome Dr Gabriel (James Krishna Floyd). Meanwhile, Greg (Neil Morrissey), proprietor of world's most enticing beach bar, receives an unexpected visitor.