Ben Affleck and Jennifer Garner: The Way They Were

The Argo director told Garner, both 49, and their three children about his proposal “ahead of time,” a source exclusively tells Us Weekly. The former couple finalized their divorce in 2018 and share daughters Violet, 16, and Seraphina, 13, and son Samuel, 10.

“His whole family knew a little before [the announcement],” the insider notes, adding that the newly engaged duo “waited a few days before sharing the news” publicly. “They are both happier than ever.” 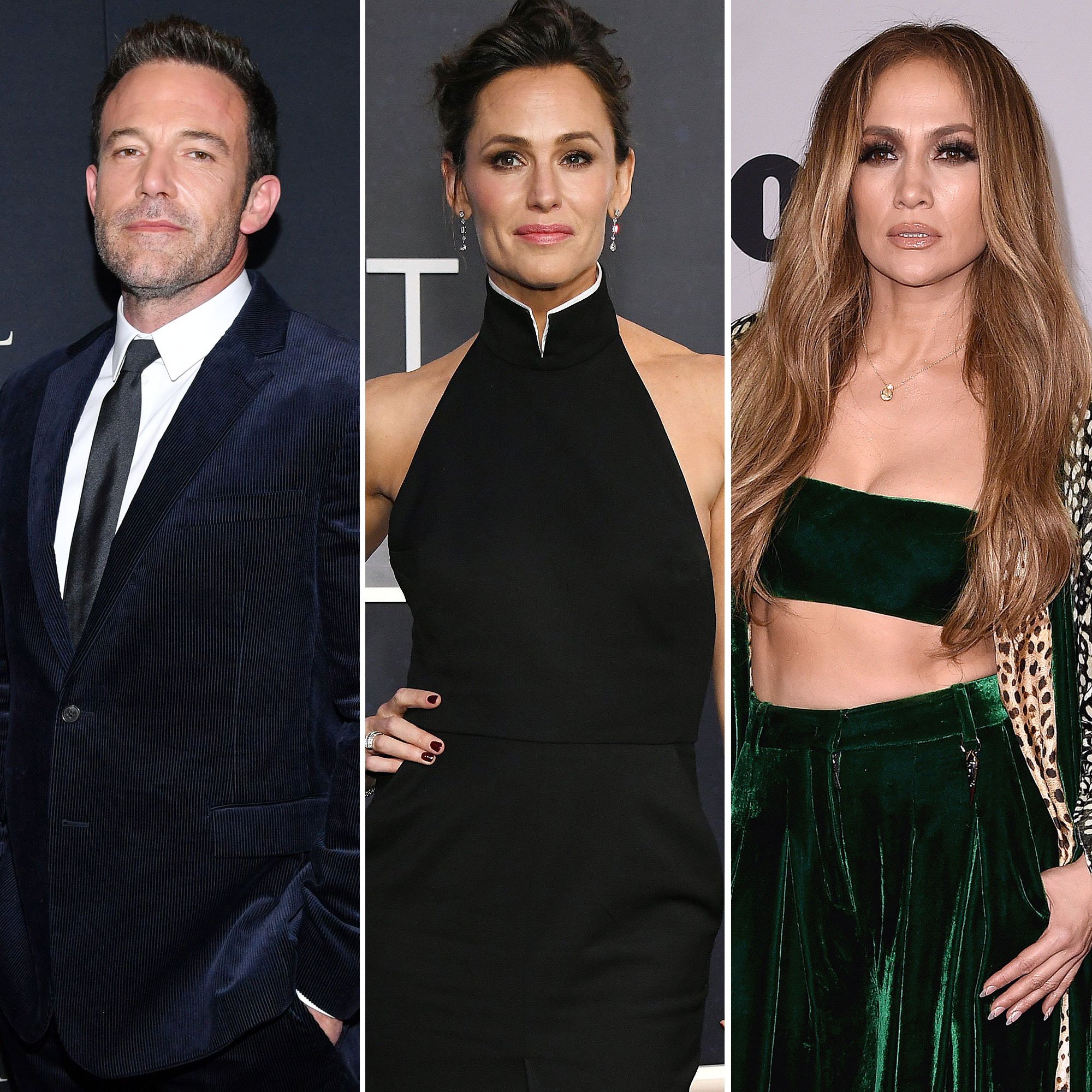 Lopez, 52, confirmed the relationship news via her On the JLo newsletter on Friday, April 8, showing off her unique engagement ring in a video message. The accessory is 8.5 carats with a natural green diamond center stone.

Affleck previously got down on one knee in November 2002 after sparking a romance with the Marry Me actress on the set of the movie Gigli. Despite planning their wedding for September 2003, the twosome called off the ceremony and officially split the following year.

In April 2021, the couple reunited. Us exclusively confirmed one month later that the “On the Floor” singer and the Gone Girl star were “full-on dating and very happy together.” After laying low for months, Lopez and Affleck made their romance Instagram official while celebrating her birthday on a yacht in July 2021.

“The past few months have been a real whirlwind,” a source exclusively told Us at the time. “They’re well aware some cynics still look at it as a big flashy attention grab and roll their eyes at the speed of it all, but it doesn’t faze them one iota. They’re fully committed to taking the next steps and spending the rest of their lives together.”

Ben Affleck and Jennifer Lopez: Timeline of the Bennifer Romance

Before accepting Affleck’s proposal, the Hustlers actress was most recently engaged to Alex Rodriguez from 2019 to 2021. She shares twins Emme and Max, 14, with ex-husband Marc Anthony. While the In the Heights actor, 53, hasn’t chimed in on his ex’s romance with the Oscar winner, an insider previously told Us that Garner was a fan of the couple.

“J. Lo has Jennifer Garner’s seal of approval,” the source explained in June 2021. “J. Lo thinks Jennifer is a kind and wonderful person and an amazing mother.”

Earlier this year, Lopez gushed over her relationship with the Tender Bar actor, telling The New York Times that she was already looking forward to their future together. “You have to do what feels good to you all the time. But at the same time, you learn from the past, you do things better the second time,” she said in February. “There’s a part of it that, yes, we’re together. But there’s a part of it that’s not, you know, being so open the way we were when we were so young and in love many years ago.”