Mike “The Situation” Sorrentino got himself into a bit of a situation with the law. His court case has been followed on the show, but after being found guilty, he’s forced to report to prison. But when does Sorrentino actually start his sentence? 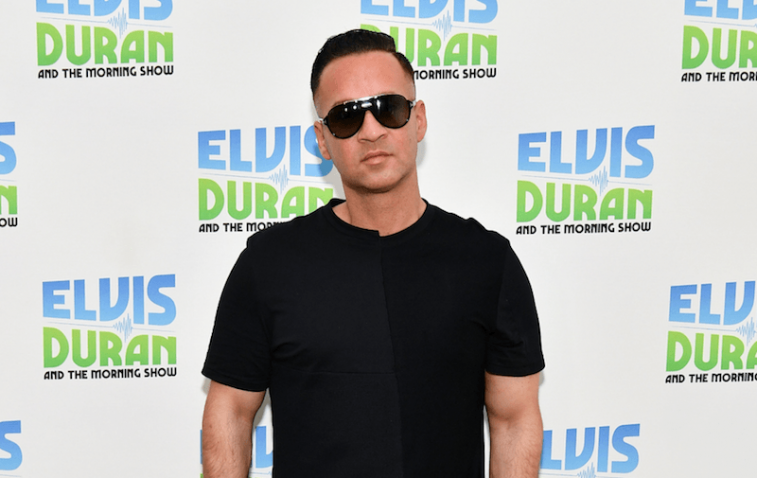 Sorrentino was arrested in 2014 for tax evasion

Both Sorrentino and his brother, Marc Sorrentino, were arrested in 2014 after they failed to pay taxes, known as tax evasion, on $8.9 million in income between 2010 and 2012. The men supposedly filed false income tax returns and made fraudulent deductions. The IRS caught on, and it was downhill from there for the brothers. However, it appeared Marc Sorrentino would get the heavier blame for the crimes.

Since then, Sorrentino has tried to clean up his act

Sorrentino hasn’t always been the best role model — during the first stint of Jersey Shore, he often stirred up drama between the cast members and caused problems on and off set. However, it later came out that Sorrentino had been battling a narcotics addiction, which explained most of his erratic behavior on the show (who can forget the time he slammed his head against a concrete wall while in a rage in Italy). But since then, Sorrentino has gotten help for his addiction and made his best attempt to turn his life around. He took the criminal charges in stride, and in this newest Jersey Shore spinoff, he’s 100% sober and constantly the voice of reason.

He credits his now-wife, Lauren Pesce, with helping him get out of the woods. On the show, he even meets with others who have struggled with addiction and relates to them and their recovery process. While he’s made his share of mistakes, he has also taken responsibility for his actions and was willing to accept the tax evasion charges filed against him.

He still appears on the show, and the cast has supported him

Despite his problems with the law, Sorrentino has still been able to appear on the newest season the MTV show: Jersey Shore: Family Vacation. There have been some serious moments during filming, where the cast discusses Sorrentino’s potential prison time (during filming, he had not yet been sentenced). However, the cast was always supportive and every one of them attended his court date. The cast has always considered itself a family, and the support given to Sorrentino helped him through the whole process.

On October 5, Sorrentino was found guilty of tax evasion along with his brother. His brother was sentenced to two years in prison, while Sorrentino received eight months. He must pay $123,913 in restitution as well as a $10,000 criminal fee and complete 500 hours of community service. Sorrentino had been hoping to marry his fiancé, Lauren Pesce, in Italy, but the sentence meant a change in plans. The two wed in New Jersey on November 1, giving them some time as a married couple before he goes away.

On January 15, 2019, Sorrentino will surrender to the Bureau of Prison and begin his sentence. Sorrentino was given a surrender date of January 15, 2019 so that he would be able to have a wedding with Pesce and celebrate the holidays with family. Sorrentino’s crimes don’t make him a danger to society, and the courts will often allow people of that nature to have a bit of time before starting their sentence.