When Lorinda May Merrypor was nine years old she watched High School Musical for the first time, and it changed her life.

“It was the first time I remember watching a musical,” Merrypor says. “I vividly remember sitting there with my mum being like, ‘That’s what I’m going to do. I want to do that, where there’s singing and dancing and acting all the same time’. And so, I started singing lessons straightaway.” 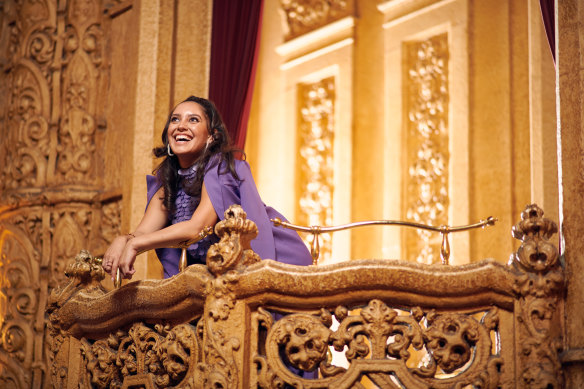 Lorinda May Merrypor will play the lead role of Juliet in ‘& Juliet’ in Melbourne next year.Credit:Eugene Hyland

Four years later she, along with her entire school year group in Rockhampton, watched Shakespeare in Love, the Oscar-winning film depicting William Shakespeare’s turbulent love life while he was writing Romeo & Juliet.

The meta and historically loose take on Shakespeare’s life and work was Merrypor’s first experience of the play. So, what do you do when your defining creative experiences are High School Musical and Shakespeare? You get yourself cast as the lead in a self-referential, musical interpretation of one of the world’s most iconic love stories: & Juliet, which takes over Melbourne’s Regent Theatre next February courtesy of the Michael Cassel Group and the Victorian government’s major events fund.

An already accomplished 26-year-old musical theatre performer, Merrypor is equally excited about the opportunity to belt out her favourite pop songs as she is about playing the titular character.

“Never in a million years did I think I would be singing Britney Spears and Ariana Grande [on stage],” Merrypor, an Aboriginal and South Sea Islander woman, says.

“This show gives me the opportunity to be very different things: a popstar, but also a musical theatre performer. And then I also get to do Shakespeare. I get the opportunity to do these three amazing things that I’ve always wanted to do… at the same time.”

If you’re wondering what Britney and Ariana have to do with Shakespeare, well, welcome to the wonderful world of the Olivier-award winning & Juliet.

The musical was written by David West Read, an Emmy-award winning writer and producer of Schitt’s Creek, and imagines a scenario where Juliet doesn’t die at the end of the original play, and instead goes on a journey of self-discovery and empowerment, liberated from the conservative norms of the time.

The real genesis of the production was the music of Max Martin, the prolific Swedish songwriter who has written or co-written 25 Billboard number one songs including …Baby One More Time by Britney Spears, I Kissed a Girl by Katy Perry and Pink’s Raise Your Glass.

Martin’s back catalogue makes up & Juliet’s soundtrack, with some of the world’s most iconic pop songs used to both skewer and celebrate Shakespeare’s portrayal of Juliet and the story of the original play.

“I think …Baby One More Time is the one that I’m probably most excited for because of the way that it fits into the story and the arrangement that they’ve done,” Merrypor says. “It’s very dramatic. It’s almost like a ballad for Juliet.”

Merrypor graduated from the Queensland Conservatorium in 2016, and most recently performed in a touring production of The Sapphires. & Juliet will be her debut lead role, and she describes it as a “dream”.

“Every woman has this dream of being completely able to be herself in any circumstance and take control over the situations that she’s put in. So, it’s really exciting to get to tackle that. It’s something that I’m working towards in my personal life, having that agency. 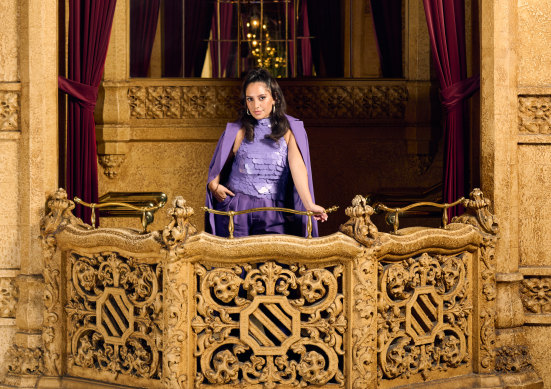 “I think this show will be very inspirational to a lot of girls growing up”: Lorinda May Merrypor Credit:Eugene Hyland

“I feel like this is a role that I’m going to bring a lot of myself to, it feels very close to home and even throughout the audition process, I had a Zoom with Luke Sheppard, the director, and he was very much telling me, ‘Sing it as yourself, we want to hear Lorinda’. It’s amazing to be able to bring so much of myself to a role.”

“I met a wide range of folks,” says Sheppard, who directed & Juliet on London’s West End, Toronto and Broadway, as well as UK productions of Rent and In The Heights. “But from the moment Lorinda started singing …Baby One More Time I just remember going like, yeah, that’s it.”

The casting of the & Juliet productions running in London and Broadway have been praised for their focus on diversity, but Sheppard says inclusivity on stage is a “constant journey” and the creative team aren’t the kind of people to pat themselves on the back when it comes to representation.”

“For me, it’s just as simple as representing the world that we live in today – and that’s why I was particularly excited to work with Michael Cassel Group, because I know that that’s something is incredibly important to them– as well as [having] an understanding that inclusivity and diversity does mean something different in each part of the world.”

The casting of an Indigenous woman as a lead in such high-profile production is still rare in Australian theatre, and something Merrypor has been thinking about since joining the production.

“If I got to go and see an Indigenous woman playing the lead in a musical I was watching as a teenager, yeah, I would absolutely cry. Because that representation would mean so much to me.

The author travelled to New York City to view the Broadway production of & Juliet. Flights and accommodation were courtesy of the Michael Cassel Group.

& Juliet debuts in February 2023 at The Regent Theatre in Melbourne. Tickets are on sale now.