So yes, Brie Larson did do some of her own stunts in Captain Marvel to help make the action look more convincing. However, she, like all of her fellow MCU heroes, has a double. And some of those stunt people substitute for more than one actor in a movie.

Now that CGI has become more convincing, stunt doubles may actually get even more work than they used to. The stunt performers will do their scenes, and then the effects artists put the actors’ heads on the stunt doubles – it’s actually called digital head replacement.

Doubles are a must in Hollywood 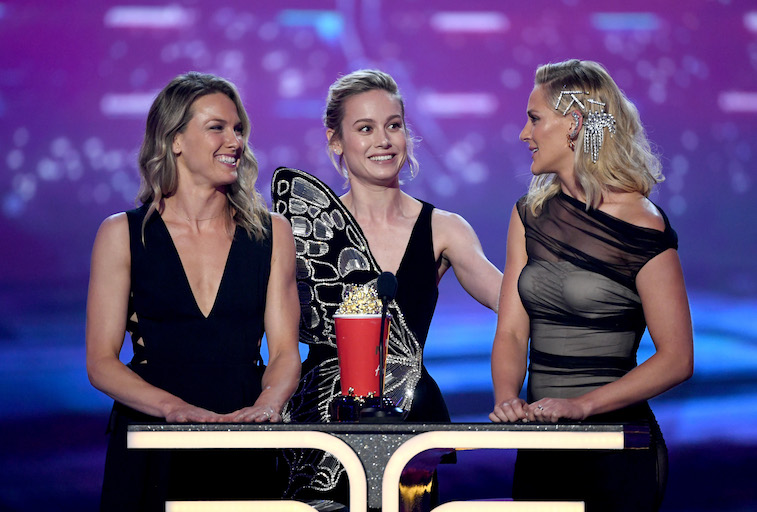 CBR put together a list of actors who do their own stunts, including Chris Evans (Captain America) and Tom Holland (Spider-Man). Scarlett Johansson has been known to do her own stunts, and she certainly trains strenuously for her role. Holland is a gymnast, which comes in handy when you have to climb walls.

However, Hollywood has often found out the hard way the risks of not using a stunt double. Evans was injured once doing a stunt and Downey had to rescue him. Daniel Craig and Tom Cruise broke their ankles on Bond 25 and Mission: Impossible: Fallout, respectively.

Most tragically of all, Vic Morrow and two child actors died in 1982 when a helicopter crashed on top of them during the filming of Twilight Zone: The Movie.

So it’s no wonder that union rules require that actors use a stunt double. The website Providr had a spread of 16 photos of the Avengers actors with their stunt doubles. Some of them do closely resemble the actors, like Mark Ruffalo’s double Anthony Molinari.

Don’t go thinking that the stunt people know any more about Marvel’s secrets than the actors do. They tried, according to the Wall Street Journal.

“If any of us had lunch at the same time, which was rare, we would talk about what each of our characters did and try to piece the movie together,” said Tracie Garrison, a stand-in for Nebula (Karen Gillan). “We didn’t get very far.”

The actors give all credit to their doubles

Three Martha's ready to kick some ass in the jungle. @jahnelly and Emily #JumanjiMovie #roundhouse

While actors seem to want us to believe they do most if not all of their own stunts, there is a growing trend of stunt performers getting more glory. Many people have called for the Oscars to add a stunt category, especially after the Screen Actors Guild did it. Their most recent award was won by an MCU movie, Black Panther.

When Larson did some of her own stunts for Captain Marvel, some of her co-workers were incredulous.

“It wasn’t until we started filming and I started doing this stuff, I started doing crazy stunts, that people were like, ‘Oh by the way, no one does this,’” Larson told Bustle. “No one really wanted to tell me that that was the case ’cause they were like, ‘I don’t know why she’s doing this but it’s cool, like whatever, just let her do it.’ It was ignorance more than anything else.”

So when Larson won an MTV Movie Award for Best Fight, she made sure to spotlight her stuntwomen, Joanna Bennett and Renae Moneymaker, bringing them on stage with her to accept the award.

“I wanted to take this moment to really say thank you to these two women who are standing here beside me — these are the women who trained me and were also the stunt doubles for Captain America,” she continued. “I could not have made this film without them. They are really the base line of who she is. They’re the living embodiment of Captain Marvel.”

In fact, one of Johnansson’s doubles is Renae Moneymaker’s sister. So yes, Johnansson does some stunts herself, but she too knows when to hand the reigns over to the professionals.

“I know my limitations. When Natasha, my character, has to bound 20 feet in the air and do four cartwheels, it’s my stunt double Heidi Moneymaker who’s doing that. But that woman hanging 60 feet  in the air, taking punches and throwing punches? Well, that’s me,” she told the Daily Mail.