MOTORISTS across the country are still struggling to fill up their petrol tank as a nationwide fuel shortage continues.

Many drivers are finding their local forecourt has run dry, or coming up against snaking queues and long waits for fuel. 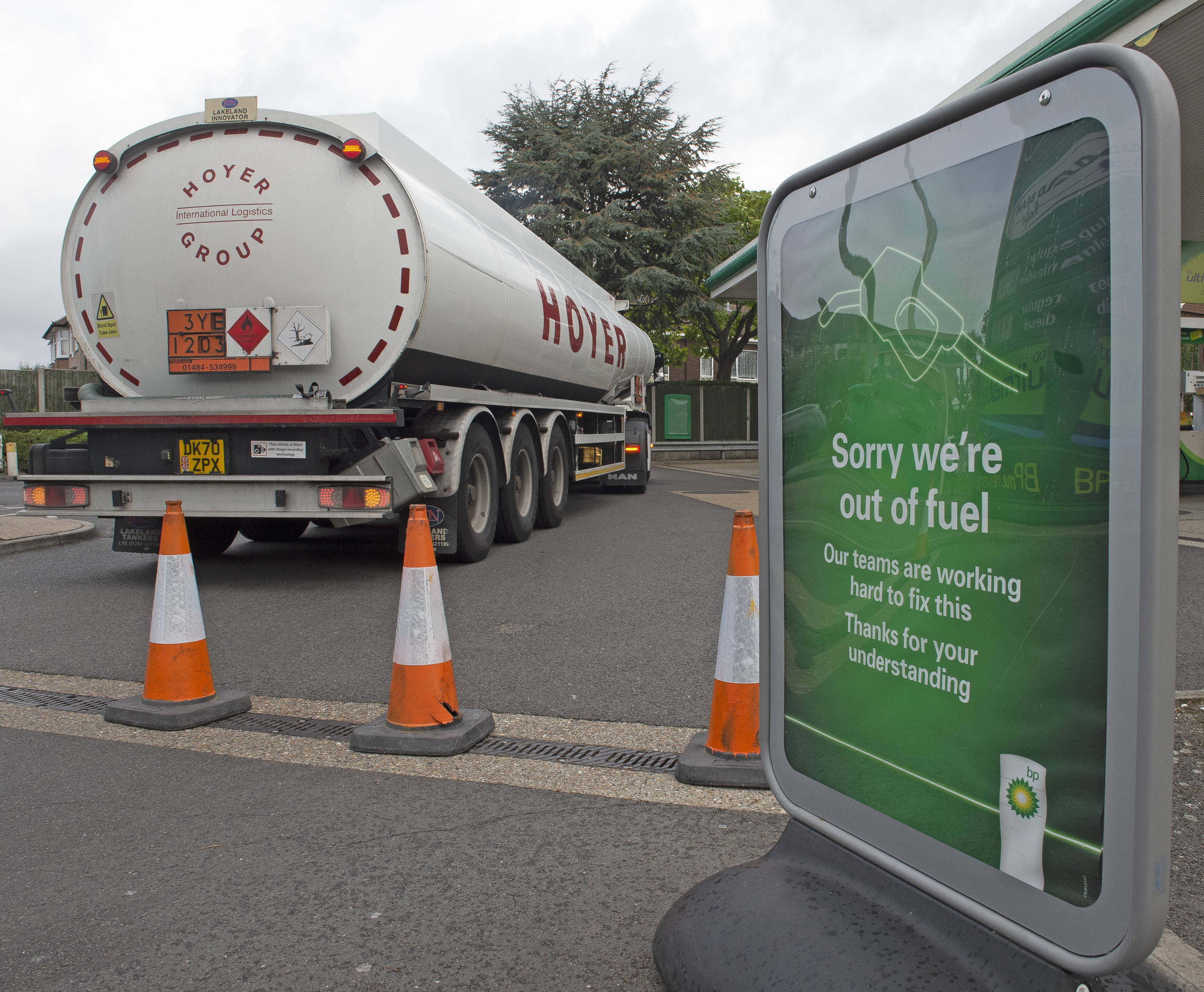 If you do need petrol, your usual service station might be closed for business and you may have to drive further than usual to find fuel.

Motorists are being urged not to fill up unless they need to – and not to buy more than necessary.

Experts have estimated that up to 90% of pumps in some areas are out of use.

But drivers have been assured there is not a shortage of petrol and the situation will normalise in the coming days. The problem is being caused by a shortage of lorry drivers to transport fuel.

However, there are warnings that prices are rising as a result, with some drivers being charged as much as £1.54 a litre.

Rising oil prices could see the cost of filling up a tank climb further in the coming weeks.

The government has also torn up competition rules so that oil firms can more easily target areas most in need of fuel across the country.

But a statement by Shell, ExxonMobile and other industry bodies insisted there is no “national shortage of fuel” and that issues are instead evolving from “temporary spikes in customer demand”.

Here's what you need to know, including where you can fill up and which forecourts are out of fuel.

Why are petrol stations closing?

Industry experts have said that there is no shortage of petrol, but there have been problems with a lack of lorry drivers to get it to the right place.

Panic buying has exacerbated things, with many petrol stations reporting long queues as everybody rushes to top up their tanks.

Full closures seem to be rare, but several supermarket and service station bosses have reported that they are running out of specific types of fuel in between new deliveries.

Reports have been circulating that key workers will be prioritised when getting to pumps first. But currently there is no official government guidance has been issued on this.

Which forecourts are out of fuel?

Although there are lots of reports around shortages, the majority of petrol stations are open. Many groups have said just a handful of their outlets are affected.

If you need fuel urgently, check online reports to scope out which of your nearest is still operating.

One of the biggest forecourt operators has placed a £30 maximum at all of its pumps to make sure it can keep customers on the road.

This means that if you live near one of EG Group's 367 petrol stations, there's a good chance you'll be able to fill up, even if you can't get a full tank.

We have the full list of locations operating the £30 limit – which might be a good place to start if you need petrol or diesel today.

Which petrol stations are shut?

There's no central record of all the stations that have closed up, and the situation is changing regularly as forecourts reopen once they receive a fuel delivery.

Most groups are still insisting that closures are very limited and only a handful of their outlets are being affected.

Major supermarkets including Asda, Tesco and Sainsbury's have all said that they're not facing fuel shortages, despite the increasing demand.

On Thursday, BP said that it had closed just 20 of its 1,200 petrol stations. Between 50 and 100 sites were affected by the loss of at least one grade of fuel.

Meanwhile, ExxonMobil said a small number of its Tesco petrol stations are affected.

But many drivers have taken to social media to complain that shops including Asda, Tesco and Sainsbury's have run out of fuel.

If you want to find out about your nearest petrol station, the best thing is to search online and check social media to check whether any issues are being reported.