Dunkin' Donuts can trace its history back to 1948, when founder Bill Rosenberg opened a shop called the Open Kettle to sell coffee and doughnuts in Quincy, Massachusetts.

But Rosenberg's goal was bigger than one doughnut shop, as his later reputation as one of the fathers of franchising would show. He had already launched a successful food truck company that served Boston workers on their breaks, and in 1950, with the help of the team of executives, he chose the name Dunkin' Donuts for his new quick-bite empire.

In the early days, Rosenberg's doughnuts cost 5 cents each. His locations offered dozens more doughnut varieties than his competitors, and Rosenberg was a stickler for only selling the freshest doughnuts, according to his bio on the University of New Hampshire website. 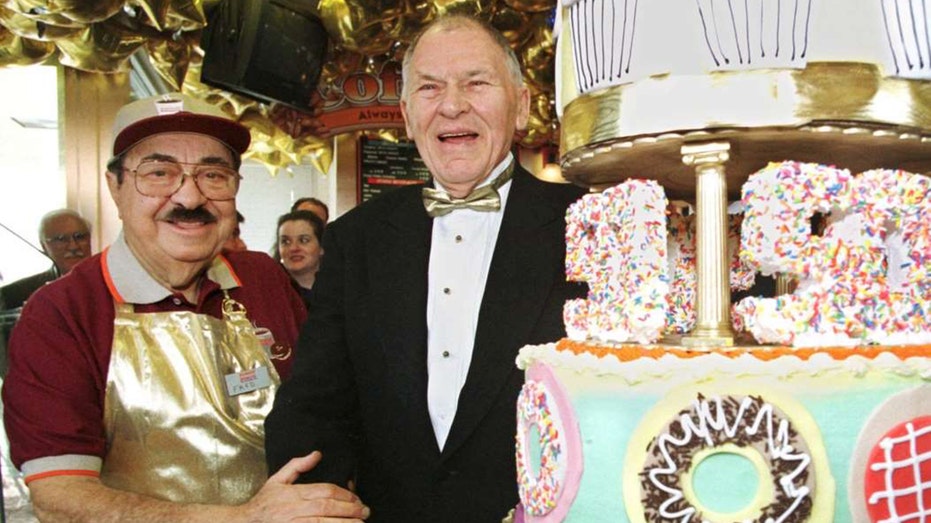 Rosenberg and his business partner/brother-in-law Harry Winokur opened several Dunkin' Donuts locations before Rosenberg felt it was time to start franchising — something Winokur disagreed with. They parted ways and the first Dunkin' Donuts franchise opened in Worcester, Massachusetts, in 1955.

WHO IS THE FOUNDER OF LINKEDIN?

"I can't think of anything that fosters and nurtures innovation better than the overwhelmingly successful concept of franchising. Franchising supports the great American dream of allowing multitudes to own and succeed in their own businesses," Rosenberg said, according to the University of New Hampshire.

In fact, Rosenberg founded the International Franchise Association, the largest organization of its kind.

Rosenberg died in 2002, but during his lifetime Dunkin' Donuts opened its 5,000th shop in Bali, Indonesia, according to the University of New Hampshire. Today, Dunkin' has more than 12,400 restaurants.