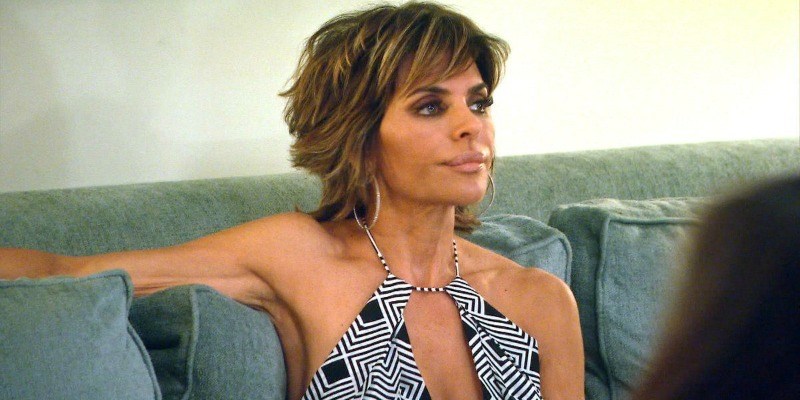 Like many Hollywood actresses, Lisa Rinna from The Real Housewives of Beverly Hills felt the pressure to enhance her appearance. Decades ago, Rinna underwent a procedure to permanently plump her lips, which she ultimately regretted.

Other women in the public eye have had lip fillers. However, women like Kylie Jenner had temporary lip fillers, People reports. But l Rinna, Jenner too regretted having the procedure.

“In the beginning, it was great,” Rinna told People. But her voluminous pout, which was filled with permanent silicone fillers, eventually began to change (and not in a good way).

Rinna shared that 10 years the silicone began to seep inside her lips and she developed noticeable scar tissue. She recalls the scarring had the appearance and consistency of “hard and bumpy, like peas,” according to People.

She tried to fix the problem by getting cortisone shots. Rinna hoped the cortisone would reduce the swelling she experienced, but “it made them look worse,” she reported.

“I’d get photographed, my lips would look a certain way and then people would start to talk,” Rinna said.

Most doctors told Rinna her lips were beyond repair

Unfortunately, Rinna was told by many doctors that her lips could not be repaired. However, one plastic surgeon said he could perform reconstructive surgery on her top lip, which was the lip that contained the permanent fillers. “I was dumbfounded,” Rinna told People. “Then I started to get really excited.”

Thankfully, the surgery was a success. “You can see my teeth when I smile now, which you couldn’t do for a while. I’ve been smiling these big smiles!” she said.

Why did Rinna get fillers in the first place?

Rinna had a full smile before lip fillers. She admits she shouldn’t have messed with her lips.  “I was crazy to even touch them in the first place,” she told People.

However, after seeing actress Barbara Hershey’s lip transformation in 1988 in the film Beaches, she made a decision to go for the injections. Hershey actually received collagen injections, which were temporary, the Los Angeles Times reports. Rinna ultimately had four injections to create the fuller lip look.