Why I fear older celebrity mums give women false hope (and why donor eggs are now the last IVF taboo): From a 42-year-old writer who’s spent seven years trying to have a baby

Walking into the clinic on a cold, miserable December day, I knew the drill. I’d been here before, admittedly not this clinic, but IVF clinics are the same the world over.

This was the ‘follow-up consultation’. The appointment that you hope you’re not going to have, because it’s the one you get when you don’t get pregnant. And I hadn’t. Again. For the seventh time.

Despite switching to the clinic that had the best results in the country for women my age, 42, the one renowned for getting everyone pregnant — even the really tricky cases. Despite spending £13,000 on a single cycle, with every add-on that might make a difference. I hadn’t got pregnant.

Oh well, I reasoned, this was only my first cycle with the clinic, I’ll give it another two before I’m willing to admit defeat. 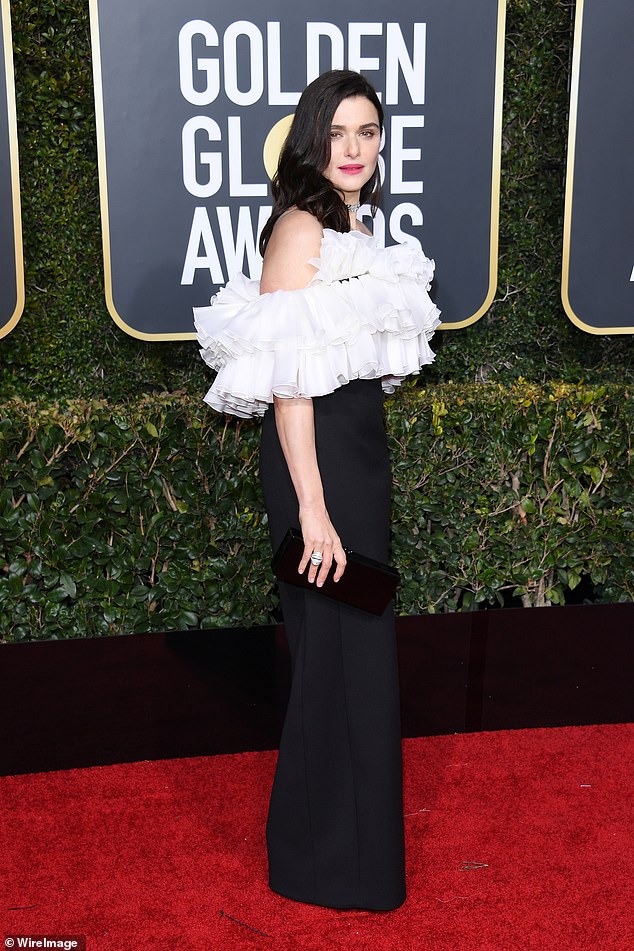 Alice Mann, 42, has spent seven years trying to have a baby and spent £13,000 on a single cycle. Pictured: Rachel Weisz who had a child at age 48

But after talking me through the cycle in detail, and discussing the extra tests we could do to check for chromosomal abnormalities ‘if you decide to do another cycle with your own gametes’, the consultant put her cards on the table, in a way that was utterly unequivocal.

‘Given your history, your hormones, this cycle . . . I would say you had, at best, a 10 per cent chance of having a successful cycle. Because it’s not just about getting a positive result at the end of the two weeks, it’s about getting to 12 weeks, and then there being no abnormalities, it’s about carrying a healthy baby to term. With a donor egg, your chances would be closer to 50 per cent.’

The rest of the consultation is a blur. I have a vague recollection of my partner asking a few more questions, of me thanking the consultant.

But the thing that I really remember is standing on the street, clinging to my partner, in floods of tears.

He knew what this meant to me. He knew that, way before we’d even met, I’d done everything that I could to avoid being 42, without a biological child of my own, and with no prospect of that ever happening. But that was exactly where I was.

Earlier this week, Professor Adam Balen, a former chairman of the British Fertility Society, warned that women who wanted two children should ‘seriously’ think of leaving it no later than 28 to start trying, adding if you wanted three, ‘you probably have to start trying when you’re 23’.

Professor Balen, who is the lead clinician at Leeds Fertility, said that he regularly sees women in their late 30s and 40s who have no idea their fertility is so poor.

And who can blame them? After all, it feels like barely a week goes by without a birth announcement from some celebrity or CEO who is well into her 40s or 50s. 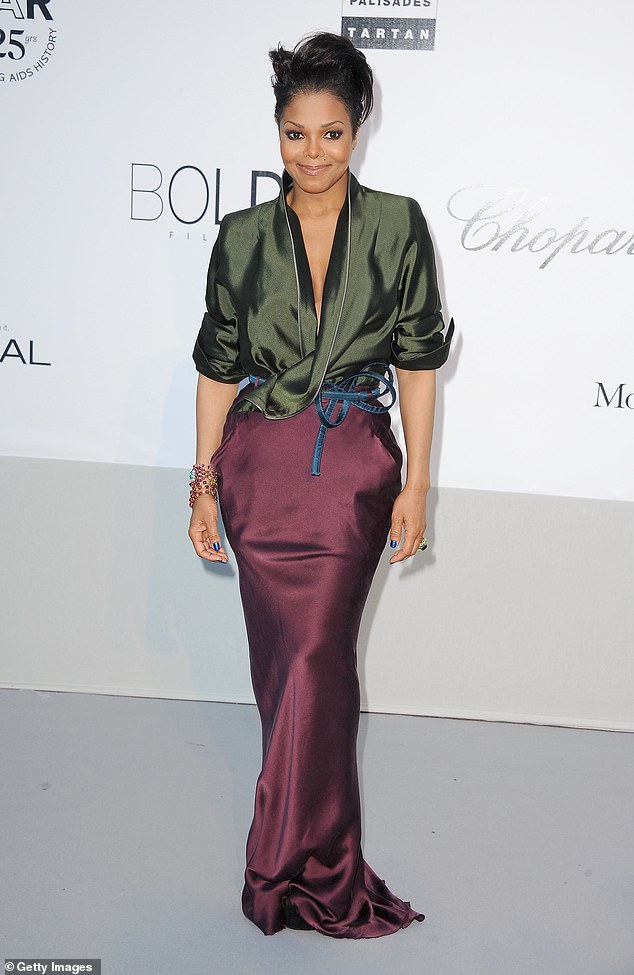 Professor Adam Balen warns that women who want two children should ‘seriously’ think of leaving it no later than 28 to start trying. Pictured: Janet Jackson who had a child at age 50

Hollywood’s Cameron Diaz became a mother at the age of 47, and Rachel Weisz had Daniel Craig’s baby aged 48. Then there’s singer Janet Jackson, who had her son at 50, Net-a-Porter founder, Natalie Massenet, whose third child arrived when she was 52, and actress Brigitte Nielsen, whose latest addition to her brood came at 54.

While some of them are open about how it happened — Natalie Massenet talked about ‘generous help from our surrogate’, while Nielsen has talked about her IVF treatment — most of them don’t share the details, so we don’t know.

And for all that I respect every woman’s right to discuss, or not discuss, her own body and her own fertility, the fact that they don’t talk about it just fuels the perception that IVF is the golden ticket.

You pay your money (in 2018 only 35 per cent of IVF treatments were funded by the NHS, down from 41 per cent in 2013), step on to the conveyor belt and, at the end, they present you with your baby. Because those are the stories we hear, the ones of the women who tried for years to get pregnant, and then IVF gave them a child.

Maybe you were surprised that, at 42, my consultant gave me an ‘at best’ 10 per cent chance of conceiving via IVF. I wouldn’t blame you if you were when public figures seem to be popping out kids well into their 50s.

But, given that your chances of conceiving naturally in any one month plummet from around 25 per cent, at the age of 25, to around five per cent aged 40. And, according to the Human Fertilisation and Embryology Authority (HFEA), the average chance of IVF resulting in a live birth in women over the age of 43 using their own eggs is less than five per cent, these high-profile, high flyers are either exceedingly lucky — just like the unicorns that I used to get told about in the days when we could have dinner parties, the friend of a friend who after ten IVF cycles finally conceived at 44, 45, 47 — or there’s something else going on. We’re talking about donor eggs.

Because as women, for various reasons, leave it later and later to start their families, using donor eggs, where the egg is provided by a younger, more fertile woman, is becoming increasingly common. Even if nobody’s talking about it.

In 2018, the most recent year for which data is available, the HFEA recorded 5,651 cycles of IVF that used donor eggs. And most of the women using donor eggs — 90 per cent were over the age of 40. 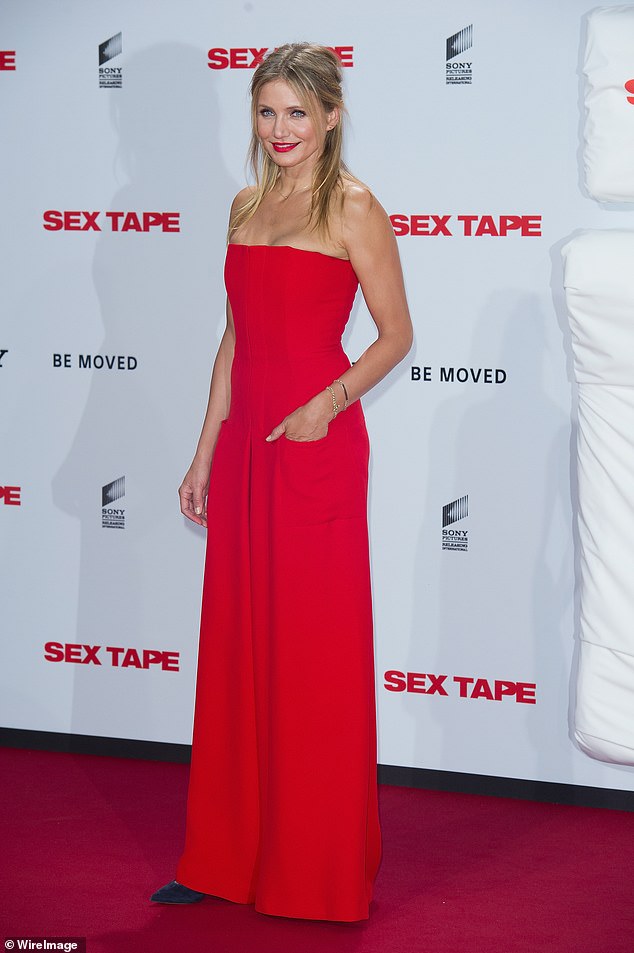 Professor Adam Balen said those who want three children should start trying for a baby at age 23. Pictured: Cameron Diaz who had a child at age 47

If it sounds as if I’m immersed in this world, and overly familiar with HFEA statistics, that’s because, in one way or another, this has been a part of my life for almost eight years.

I’d repeatedly heard that, at 35, a woman’s fertility ‘falls off a cliff’ and so, when aged 36, I found myself single, keen to have a child, but just as keen not to rush into a relationship purely because I wanted a family, I froze my eggs.

Four years later, still single, I tried to conceive on my own via IVF using my frozen eggs and donor sperm. I was devastated when none of the 14 eggs that I’d frozen gave me a baby.

But, reasoning that I was ‘only’ 40, and undaunted by the statistics that, by that point, were definitely not in my favour, I went through another three cycles of IVF using my own eggs, to no avail. The pain of failing to conceive on my own was tempered slightly when, as I wrote in this paper three years ago: ‘At a time when I least expected to, I met a wonderful man. He wants children, but who knows what will happen. It’s still very early days, but maybe we’ll end up being one of those hand-holding couples in the waiting room of an IVF clinic.’

And, eventually, we did. He was the partner who held me in the street as I sobbed. He’s the man who listened as I talked about my reservations about using donor eggs, and my concerns about how we could ensure that they were sourced in an ethical way.

In the UK, women can’t be paid to donate eggs, but some clinics offer women cut-price or free IVF if they share their eggs. To me that feels like exploitation. 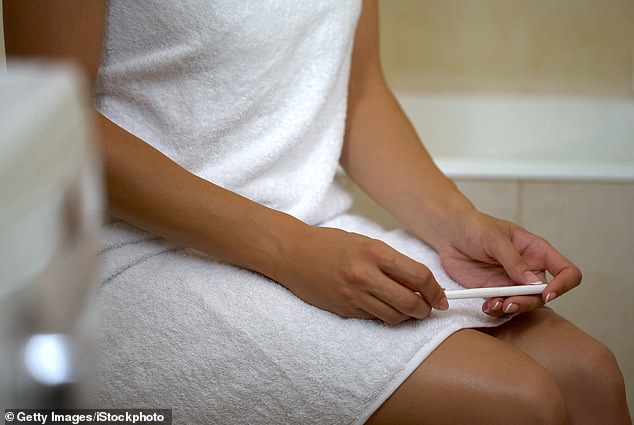 Alice Mann froze her eggs at age 36, after repeatedly hearing a woman’s fertility ‘falls off a cliff’ at age 35 (file image)

He was the man who pored over profiles of potential egg donors with me and discussed whether we could imagine this anonymous stranger’s genes helping us create the family that we want. And he’s the man who is very much in agreement with me that, should we manage to have a child with a donor egg, they will know from a very early age how they came into the world. As will our families and friends.

I don’t want to be held up as an example that gives another woman false hope. Because older women who use donor eggs but aren’t open about it, not only fuel this illusion that IVF is the answer, no matter how old you are, but also contribute to the culture of secrecy around donor conception. The sense that it’s somehow shameful, or indicative of your failings as a woman that you’ve had to resort to using another woman’s eggs.

I’ll admit, I wasn’t always comfortable with the idea of using donor eggs. It’s taken a lot of time, therapy, and reading about nature and nurture and epigenetics (the idea that your genes are affected by your environment, so that any embryo I carry will have a genetic makeup that is the combination of my partner’s sperm, the donor’s egg and the environment — my womb). But, last year, something happened that convinced me that we were right to be going down the donor route. I got pregnant naturally, while drinking like a fish and eating whatever I wanted (rather than worrying if it was organic or wrapped in plastic).

I was almost embarrassed to be such a cliche.

The thought of announcing my pregnancy on my blog — where I’ve spent years documenting my struggles — made me feel almost guilty.

I knew, but I still hoped. Right up until the nine-week scan that showed an embryo that looked more like a six-week embryo. With no heartbeat. Another scan a week later confirmed I’d had a missed miscarriage, where the embryo stops growing but the body holds on to it, and you don’t bleed. A few days after that I lay on the sofa sweating, nauseous and writhing in pain, having taken the same pills you take for an abortion to encourage my body to get rid of the embryo that I’d hoped would be our child.

That was when I knew that using a donor egg was preferable to using my own egg. There are no guarantees, but the younger the egg, the smaller the risk of miscarriage. And I will do whatever I can to avoid putting us through the trauma of those weeks again.

Donor eggs represent a possibility of having the family we so desperately want. So that’s the route that I’m going down.

I wish the women who had trodden this path before me had done so more openly because, as a society, we need a far more candid conversation about fertility, and the hope, loss and reality it entails.

Alice Mann is a pseudonym. Alice blogs about her experiences at eggedonblog.com