Alex Trebek’s career, launched over 50 years ago, has seen the beloved television personality meet countless celebrities and receive many well-deserved awards and accolades for his work.

The host of the long-running game show, Jeopardy!, described in his memoir, The Answer Is… the moment early in his broadcasting career when he received the opportunity to meet Queen Elizabeth II.

The quiz show icon was honored to meet her, and felt the feeling was mutual. He soon found out the humbling truth.

Trebek started out his career in Canada, where he was born in 1940. As he considered what he wanted to do with his life, Trebek at first considered working as an actor. Broadcasting proved to be a more natural – and lucrative – fit for him and so his career took off. 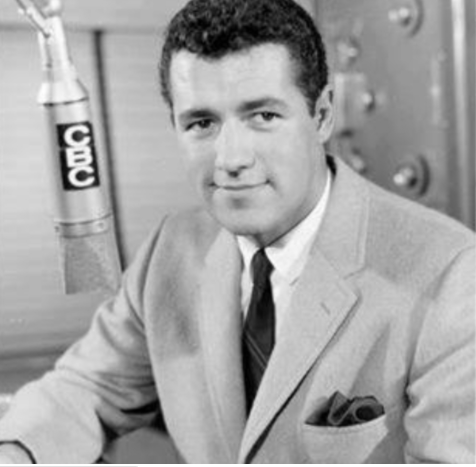 He described in his memoir his flourishing career and the exciting opportunities it opened doors to, namely meeting celebrities he’d never dreamed he would meet.

“Soon my job responsibilities at the CBC increased,” he wrote. “I covered sporting events such as the Canadian Triple Crown of racing, tennis championships, and curling tournaments.”

Of all the celebrities and VIPs he met, Trebek felt that being introduced to Queen Elizabeth II and her husband, Prince Philip, in 1967 were the “most memorable.”

“It was Canada’s centennial year,” he stated. “I was the only bilingual announcer on staff, so they assigned me to host the CBC’s big extravaganza on Parliament Hill. It was a two-hour variety show…There were also many dignitaries, foremost among them Queen Elizabeth and Prince Philip.”

Trebek described his encounter with the monarch and the Duke of Edinburgh.

“At the end of the show,” he wrote, “all the performers lined up onstage, and Queen Elizabeth and Prince Philip made their way down the line, greeting each of them. As the host, I was at the end of the line.”

“The queen got to me and said, ‘Good show. Please tell me your name, and where you are from.’”

As she was waiting for her husband to finish a conversation he was having, the queen remained with the delighted Trebek for several minutes. His family called with their congratulations for his achievement. “The queen spent more time with you than with anybody else,” he recalled them saying.

He told them confidently, “Well, you know, we just got along.”

Trebek met the queen again – and was immediately humbled

The following day, Trebek once more greeted the queen at another event.

“The next day,” he wrote, “I was hosting another big centennial show…Once again, at the end of the show all the performers lined up, with me at the very end.”

At this point, the broadcaster considered the queen at least a good acquaintance and assumed she felt the same way. Unfortunately, he soon learned he was just another in the sea of faces she met each day.

“[A]s she approached me, I was thinking, ‘Here comes my new best friend. I wonder what we’ll talk about today?’”

“I stood up a little taller,” he recalled. “My chest swelled up. I smiled. And when she got to me, she said, ‘Good show. Please tell me your name, and where you are from.’”