You’re only as old as you feel, they say, and research backs it up. Studies have found that maintaining a positive attitude towards ageing and a youthful frame of mind helps us to feel younger, to be more psychologically resilient and typically healthier. A 2018 South Korean study, for example, scanned the brains of 68 healthy older adults and found that those who felt younger than their age had thicker brain matter and had endured less age-related deterioration.

So why let age define you when you can design how you live your life? “Life by design” means you’re living in a way that makes sense to you, is brighter, and inhabits the lifestyle you want to have, as opposed to making life choices based on others’ expectations or what society regards as “age appropriate”. 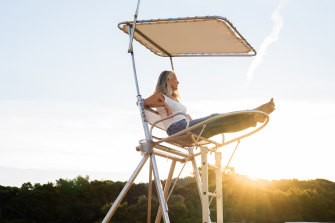 Thinking about the qualities of youthfulness will help spark a new level of energy and passion.Credit:Stocksy

Melbourne-based clinical psychologist Dr Lillian Nejad says instead of thinking about what you “should” be doing, think about what you like to do, what’s important to you, and what gives you a sense of fulfilment and contentment.

“If youthfulness is important to you,” she says, “think of the qualities associated with being youthful, such as curiosity, creativity, adventurousness and fun, and align your life with what gives you that spark and renewed sense of energy and passion, at home, at work and everywhere in between.”

Here are three women who have done just that.

“I took my life to a fun, playful place” 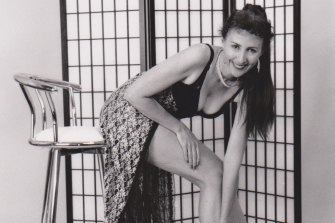 Foxxy Eleoyze: “Our bodies grow old only when we stop playing and moving physically.”

“I remember going into a nightclub for the first time as a teen to apply for a job as a go-go dancer, but at the sight of girls wearing crop tops and hot pants I decided not to pursue it. My parents had become involved in a strict Christian religious sect when I was growing up, and such behaviour would have been considered immoral.

Innocently, I stayed in that denomination until my early 30s, when the church disintegrated. That change opened the door for me to question my beliefs and step into perhaps what I should have done when I was 19.

By the time I was 34 I was married with three young children and living in debt with an unemployed partner. Determined to have my own income, I took matters into my own hands and applied for a job as an exotic dancer, even though I was at a life stage when many females would feel they were too old or uncomfortable in their “mum body”.

The first time I walked into the club and realised the girls were naked, I was horrified. Internally, though, I craved releasing that side of myself. I quickly learnt how to put on make-up and walk in high heels, and asked the girls to teach me their moves.

My family’s finances and lifestyle improved but my new job became a big catalyst for jealousy. Although my husband strongly encouraged me in my new vocation at the start, our marriage broke down 18 months later.

When I told my family what I was doing, mum disowned me for six months but soon realised I wasn’t a bad person. As for Dad, he and I never spoke about my occupation for the whole 17 years I was dancing. They just hoped I would “repent” one day.

A few years later my children found out from the kids at school that I was a stripper and they didn’t mind it at all. As for my post-marriage partners, while initially they liked the idea of being with an exotic dancer, sooner or later they’d become insecure. I went through five boyfriends before deciding I was better off staying single.

It took me a long time to overcome the feelings of guilt and shame I had because of my religious background. Through self-development I learnt how to connect and explore those emotions through my body and I gradually pushed my boundaries and shifted my belief systems.

Our bodies grow old only when we stop playing and moving physically. Age is just a belief we hold on to; it doesn’t mean anything. I eventually quit exotic dancing at 51 and at 54 I remarried. I now empower women to reclaim their inner sass, so they finally start believing in themselves.

I took my life to a fun, playful place and have no regrets. I became who I genuinely wanted to be and did exactly what I wanted to do.”

Anne Miles, 56, is the Melbourne-based founder of Suits&Sneakers. She started to live on her own terms after getting divorced. 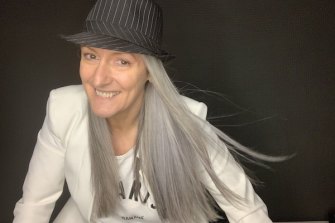 Anne Miles: “I’m continually looking at how I can be better, rather than resigning myself to slowing down, or to fate.”

“This is actually something I get accused of a lot: looking and acting younger than I am chronologically. Despite wearing my full head of natural grey hair boldly, I often get mistaken for someone in their 30s. I think most people believe my hair colour is some kind of fashion statement.

After my divorce I didn’t aspire to be a married housewife by any long shot. I’m also not monogamous and typically only date younger guys. I didn’t set out to do so: it just happened that my last two lovers were 20 years younger than me, but that situation is fine when we all feel like equals.

I would describe my lifestyle as continually active and highly social. It’s about keeping my mind youthful. I go out with people who are at my life stage, not in my age bracket. I have friends of all ages: we’re out exercising, dancing, having a lot of fun. But I didn’t always have this outlook on life. I was suppressing myself in my marriage, and at some point I felt that the situation was going to break me.

My ex-husband was brought up in a traditional patriarchal family and believed that it was the wife’s role to do everything associated with the house and children. The only way to achieve my own goals and successes in my career was if I did everything around the house plus build a career on top of that. I’ll be honest, it nearly killed me to carry the weight of it all.

It became important for me to learn how to step outside my comfort zone and overcome my victim mentality, in order to create a more empowering life. I have a belief that if you want life to be easier, you have to get better at it.

I’m now in a high-rise studio penthouse overlooking Prahran and think of my situation as a bit like a bachelorette’s life. My two kids have left home, so I’m free to do my own thing. I’m also an activist on removing stereotypes from media, marketing and advertising as I find I have to deal with significant age and gender bias by not fitting into lifestyle conventions.

At one stage, some of my friends pulled together and had an intervention because of my lifestyle choices, and called me a workaholic. Moving away from friends and family members who weren’t supportive was tricky, but I found I had to let go of people in my world to live according to my heart’s desire and be true to myself.

To prevent normal ageing patterns, I’m continually looking at how I can be better, rather than resigning myself to slowing down, or to fate. It’s about attitude – the rest just comes along with that.”

“People may think my choices are selfish”

“I started community circus classes at 32, after a friend suggested I try it as an alternative to the gym. At the time, I was on the management team for a national charity earning a six-figure salary, but I was working 60-hour weeks and was tired and stressed.

I fell in love with hoop dance and realised I wanted my life to be more playful. I quit my job, began a hula hoop business and became a professional “hooper”. I have orange, blue and pink hair and travel to festivals and events to perform and teach hula hooping. 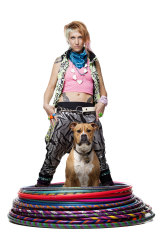 Donna Sparx: “Follow your passion, I say, even if it’s not a prescribed path.”

I wear colourful clothes and a nose ring, I get a new tattoo every few years, and I don’t have kids or live in a house with a white picket fence. When people ask my age, I tell them I’m in my early 40s and they can’t believe it. They think I’m in my late 20s, which is how old I feel.

I also run a freelance consulting and coaching business, working only with businesses that make a positive impact. When my clients hire me, they do so for my skills and brain. My unconventional style has never lost me a job or stood in the way of doing work I believe in.

When we live a meaningful life that we feel passionate about, appearance and age become irrelevant. My approach to knowing if I’m content is asking: do I feel safe, happy, connected and inspired? If the answer is no to any of those question, than I know I need to change something in my friendships, relationships, work or lifestyle.

People may think my choices are selfish. I disagree. The flexibility my life and business provides allows me to support and connect with friends and family and give back to my community.
Follow your passion, I say, even if it’s not a prescribed path. Cultural norms are unimportant when you’re focused on having an inspired life.”

This article appears in Sunday Life magazine within the Sun-Herald and the Sunday Age on sale August 29. To read more from Sunday Life, visit The Sydney Morning Herald and The Age.