Meghan Markle had her baby shower in New York City and all of her closest pals gathered around to help celebrate this new chapter of her life. Everyone from Serena Williams to Amal Clooney was there, so it was definitely a star-studded party that I’m sure was a blast. One of Meghan’s besties was curiously missing from the festivities, though. TMZ noted in a Feb. 20 report about the baby shower that Priyanka Chopra was nowhere in sight, leading people to believe there was some unspoken rift between the two pals. Thankfully, that’s not true. But why wasn’t Priyanka Chopra at Meghan Markle’s baby shower? Well, she had a really good reason!

According to TMZ’s updated report, Chopra couldn’t clear her schedule in time to attend the baby shower, so she was stuck on the west coast working. Elite Daily reached out to Chopra regarding the report, but did not hear back by the time of publication. So, there’s nothing amiss between Meghan and Chopra — no need to worry!

Even though Chopra couldn’t be there, I’m sure she sent her love to Meghan. They’re besties, after all, and Chopra has been nothing but supportive of Meghan throughout her journey from little known actress to the Duchess of Sussex. Not only did Chopra attend Meghan’s wedding to Prince Harry in May 2018, but she also penned a loving essay about her friend the month before for TIME magazine’s annual 100 Most Influential People list. Of Meghan, Chopra wrote: 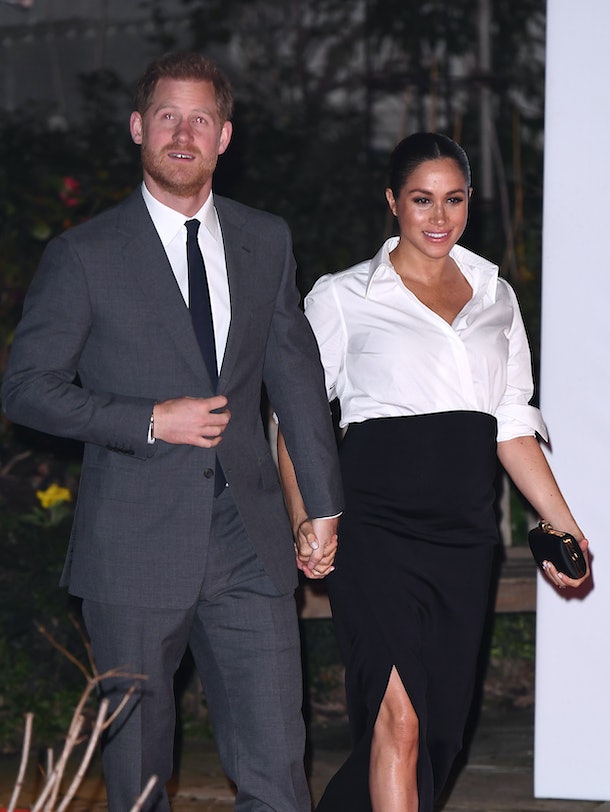 Obviously, there’s a lot of love between Meghan and Chopra. I doubt anything could break a friendship like that, especially since it appears that they simply adore each other and have for quite a while. The two reportedly met in 2015 and clicked right away. They’ve been friends ever since.

In an Apr. 25 report from Us Weekly, Chopra opened up about her friendship with Meghan and how much she respects her.

“I’ve known Meghan for three years and I’m so happy the way the world has responded to her because as long as I’ve known her … she is a relatable young woman of the world today,” Chopra explained. “She’s that girl who thinks out of the box. She has always been an activist. She has always had a strong voice. She’s an ambitious girl of today. I think the world needs strong role models like Meghan. I think, I hope, Meghan will end up being one of those people.”

Needless to say, Chopra has been championing Meghan long before Meghan became a royal. She’s just one of many positive voices who’ve helped shape the media’s narrative around Meghan, in spite of all the negative press she has gotten in recent months. I’m sure Meghan appreciates that!